During her 70-year reign, Queen Elizabeth II happily opened the Royal Collection to researchers and the public, doing more in this regard than any of her predecessors. 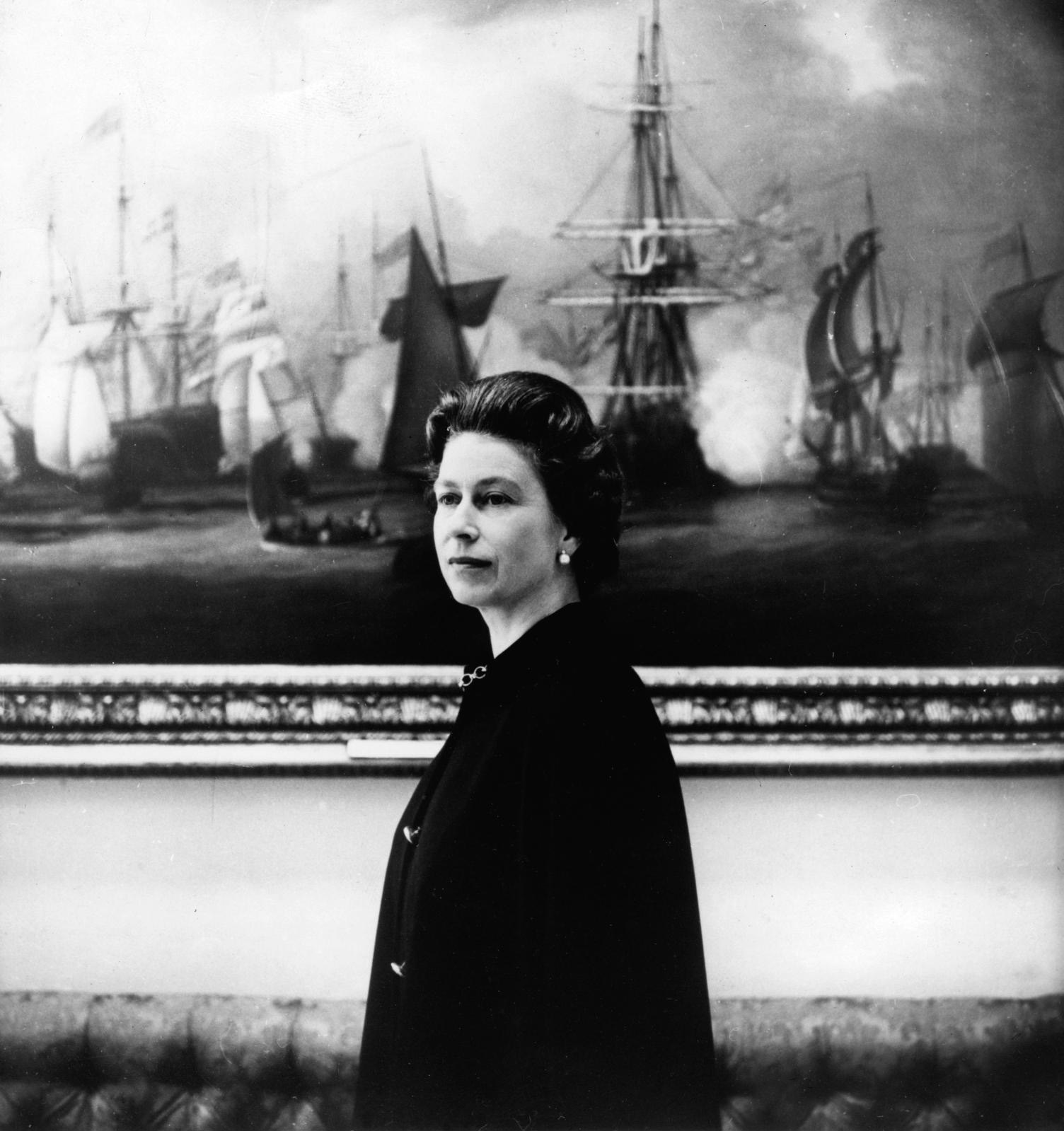 When a fire struck Windsor Castle in 1992, the Royal Collection’s furniture restorer was asked to select which treasures to save. Dozens of local truck drivers responding to a radio announcement showed up to remove the artworks and bring them to storage facilities. During the operation, the Queen surprised the restorer in her bedroom shouting to firefighters that the cabinet where she kept her most cherished mementos had no artistic value and was not worth saving. Mortified, he apologized profusely, but Her Majesty told him to carry on as though she were not there. The story, which he told to researchers at a Royal Collection Studies dinner, sums up the Queen’s immense respect for her staff and the freedom she gave them. The Crown, not Elizabeth as a private individual, owns the world’s largest private art collection, which includes 600 drawings by Leonardo da Vinci, works by Rembrandt, the Count of Provence’s rolltop desk and about 50 famous Canaletto paintings. While the Queen frequently visited the archives at Windsor Castle and had a close relationship with Jane Roberts, whom she appointed Royal Librarian upon her retirement from the position of graphic arts conservator in 2002, she was not especially interested in the collection’s 7,600 paintings, 2,000 miniatures and 500,000 prints and drawings. The British people knew this and Her Majesty did not try to hide it. She trusted her advisors, some of whose names became famous. When Elizabeth ascended to the throne, Sir Anthony Blunt, the renowned art historian and, incidentally, a KGB agent, succeeded the prestigious Sir Kenneth Clark as Surveyor of the Queen’s Pictures. In 1987, Sir Oliver Millar was appointed the first Director of the Royal Collection. The Queen had just created the position in order to entrust specialists and full-time curators with the artworks, which had previously been under the exclusive care of the Lord Chamberlain. They oversee improvements to the residences, the conservation of works, arms, libraries, archives and the display of the Crown Jewels. Since the fire, the director has also been head of the self-financing Royal Collection Trust, one of the Royal Household’s five main departments.

Seminars and Exhibitions
As Director of the Royal Collection from 1988 to 1996, the highly respected art historian Sir Geoffrey de Bellaigue, whose mother tutored the young Princess Elizabeth in French, put the Queen's French decorative arts collections at the heart of all research in the field. His book on the service Louis XVI commissioned from Sèvres in 1783, which is almost entirely preserved in the Royal Collections; his Buckingham Palace exhibition on George IV’s collections; and his three-volume catalog of the 2,000 Sèvres pieces in the Royal Collection are authoritative works. Sir Geoffrey also helped to establish the Royal Collection Studies, which each year allows about 20 scholars, conservators and art dealers to study the collections when the monarch is not in residence at Windsor. For 10 days, they enjoy friendly chats with the collection’s conservators and are asked to present their work. Always exquisitely kind, the Queen hosted the participants and gave them free rein in almost all of her private apartments at both Windsor Castle and Buckingham Palace. The Studies’ seminars have allowed many researchers to increase their knowledge about the collections. For example, on behalf of the Lalive de Jully Library, Alexandre Pradère discovered Calonne’s Boulle wardrobes and the large Boulle-Levasseur bookcase sold by the dealer Le Rouge. Since the Queen's Gallery opened next to Buckingham Palace in 1962, it has hosted 82 exhibitions of works from her collections, not to mention those held since 2002 at the Queen's Gallery at Holyrood Palace in Edinburgh. All of them have featured a mix of artistic genres while keeping the visitor's enjoyment in mind. The shows focusing on costumes broke new ground. The opening of the royal residences is even more impressive. Many recall the contentious issue of funding Windsor Castle’s restoration after the fire. To that end, Her Majesty graciously agreed to create the Trust and opened the Royal Apartments to the public during the summer. Since then, tens of millions of people have visited Buckingham Palace and Windsor Castle, including 3.3 million during the last season before the pandemic. Admission fees and the sale of derivative products–—€21.7M before the pandemic—pay for restoring and maintaining the residences and artworks, funding research and making acquisitions. Despite coming under criticism for lavish spending, the Queen bought a number of works on the advice of her curators to complement or document the collections, such as the fruit dishes from Louis XVI’s service and Honthorst’s Portrait of Princess Sophie, Future Elector of Hanover. Also worth noting are the many donations and the portraits of the Queen painted or photographed by contemporary artists from Cecil Beaton to Lucian Freud. Charles III, a familiar face at the Graphic Arts Cabinet in Windsor Castle, has been deeply involved in the Royal Collection Trust for a long time. The Prince of Wales is said to have been behind the appointment of Tim Knox, director of the Fitzwilliam Museum, as head of the Royal Collections. The King, who takes a passionate interest in watercolors, seems to be in favor of opening the royal residences to the public beyond the summer seasons. Rumor has it that he also wants to turn Balmoral Castle, the monarch’s private property, into a museum dedicated to his mother. Many announcements that have long been in preparation are expected in the coming weeks. It seems that Her Majesty’s Canaletto paintings are not destined to continue decorating a hallway, prestigious as it may be, leading to the private apartments.

Mathieu Deldicque, a New Burst of Energy for Chantilly