The museum of Vif-sur-Isère, housed in the former family home, accurately reproduces the intellectual emulation of two impassioned Egyptologists. 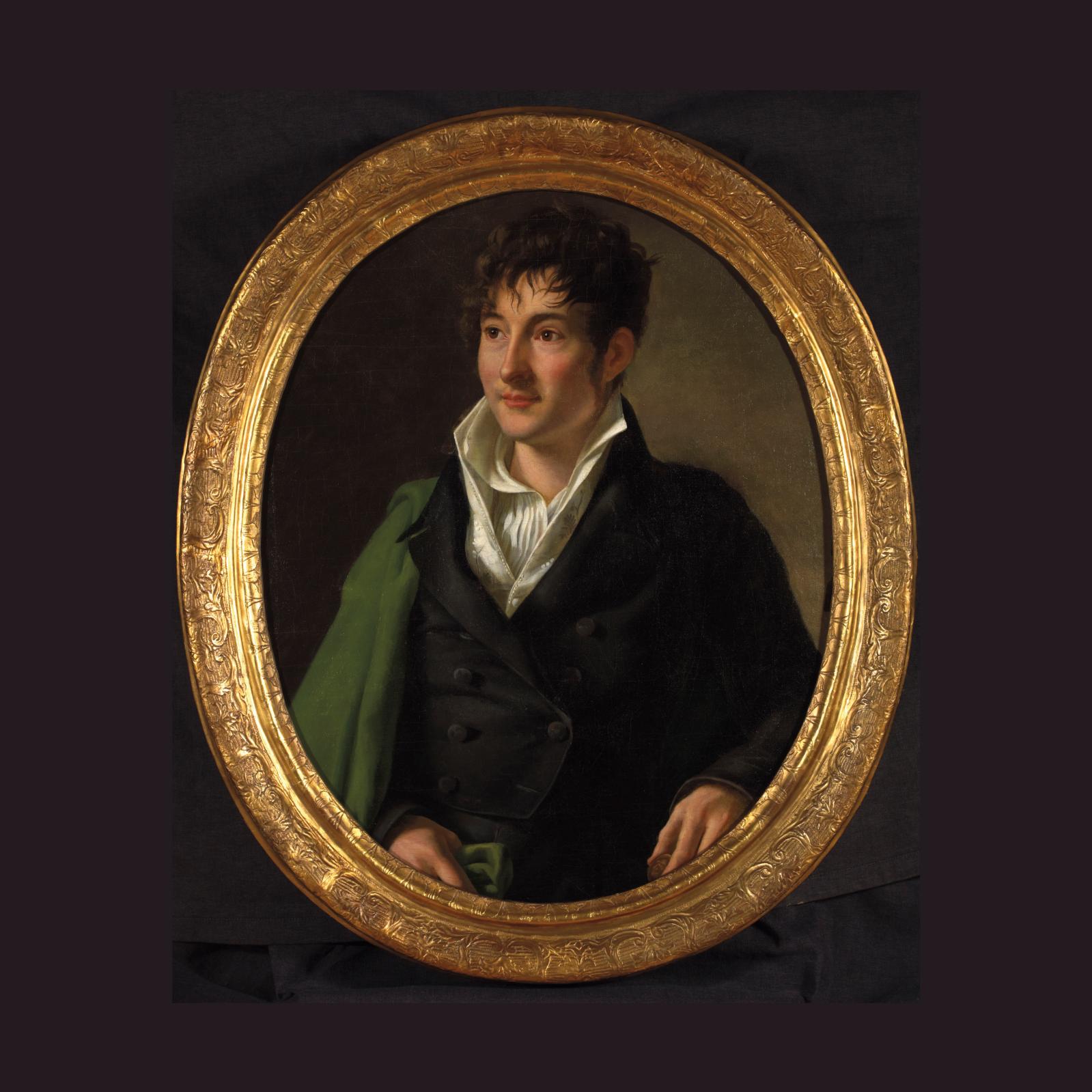 On September 14, 1822, Jean-François Champollion uttered a virtually universal exclamation: "I've got it!". After years of research, the scientist had finally managed to decipher the writing of the ancient Egyptians. And on the 27th of that month, he revealed his discovery to the Académie des Inscriptions et Belles-lettres. History was made, and Champollion’s name is now forever linked with solving the mystery of hieroglyphs. But the vital role played by his elder brother Jacques-Joseph is not so well known, nor that the Egyptologist worked in a country house at the foot of the Vercors massif. In 2001, the département of Isère,  highly active in the sphere of cultural heritage, bought the house from his descendants, with no other precise purpose than opening it to the public. But then things got moving in 2004 after an Egyptology Congress held in Grenoble, which attracted nearly 50,000 visitors. The idea of setting up a museum in the family home to put a spotlight on this remarkable cultural heritage was born. The project was launched in 2016, and the opening took place on June 5, 2021. In the year of the discovery’s bicentenary, there was no doubt that the public would flock to discover this appealing and historical venue.

A Sensitive Border
The tone is set by the director, Caroline Dugand: "The new museum pays tribute to the two illustrious brothers and their close relationship.” The elder Jacques-François Champollion-Figeac (1778-1867) is restored to his rightful place. The house, which his wife had inherited, belonged to him. Like Jean-François, he was born in Figeac, in the Quercy region, but decided to move to Grenoble, his father's hometown in the area of the Dauphiné. He had a brilliant career as a researcher and worked simultaneously as a professor, dean of the new Arts faculty in Grenoble, librarian and curator of manuscripts at the Royal Library, as well as supervising the education of his brother and godson, 12 years his junior. After the latter’s premature death in 1832, Jacques-François was determined to continue his unfinished work through publications. "This is why the scientific project mainly focuses on the brothers’ relationship, and why the idea that emerged was to preserve the spirit of the place: the two scholars’ country home," says the curator. The project manager—the Lyon-based Archipat Agency—successfully reconciled the requirements of modern-day museums with the contingencies inherent to a country house, mingling spaces with a powerful heritage value and areas with more contemporary staging. No extensions were made; the buildings were restored with the traditional expertise of the Vercors region, the two-hectare (4.9 acres) park was left in its natural state and for the woodwork, the company selected, Adeco, had previously worked on the Hôtel de la Marine. So it is a proper museum, but in an authentic house preserved intact.

The Champollion Home
Visitors are greeted by a post-mortem bust in white marble, a commission by the sculptor Antoine Étex by Jacques-François. Only the two brothers’ copious correspondence (they wrote to each other every day) now in the departmental archives had been listed. It was a marvelous surprise to discover that a wealth of intimate mementos had been faithfully preserved by Jacques-Joseph’s descendants (impervious to the siren call of the market) including stamps of the Rosetta Stone, Jean-François's Egyptian coat and the desk used for his deciphering work. In the drawing-room where the literary and scholarly elite of the Dauphiné used to gather, a gallery of family portraits and period furniture has been carefully arranged. The curator emphasizes the desire to "create as little distance as possible", so that visitors really feel at home with the Champollions. The intellectual climate of Grenoble is also evoked: at the beginning of the 19th century, various learned circles in the city provided fertile soil for the siblings. This was where Jean-François studied and developed a passion for oriental languages, and where he met the botanist Dominique Villars and the prefect of Isère, Joseph Fourier, who had taken part in the Egyptian campaign and now took the two brothers under his wing. A love of books brought the elder and younger brother closer together. Jean-François was a seasoned linguist, as witnessed by an annotated Hebrew Bible, in which he learned to read the dead language, and an Old Testament devoured when he was barely 11, which gave him his first glimpse of ancient Egypt. Again in Grenoble, he studied drawing at the prestigious École Centrale; the school of fine arts did not yet exist. On the top floor, a film creates a bridge between the two parts of the museum, the family and Egyptian sections. It tells us that the last inscription in hieroglyphs dates back to 394 CE and that any keys to understanding them were finally lost around the 5th century.

The Birth of Egyptology
The race to decipher hieroglyphs now began. All the enthusiasm of the two brothers is brilliantly brought to life. The elder one applied unsuccessfully to participate in the Egyptian campaign: however, he was involved in writing the preface of Fourier’s Description de l'Égypte. To illustrate the career of the two brothers and the birth of Egyptology, various museums in the Rhône-Alpes region (in Roanne, Aix-les-Bains, Chambéry, Vienne and Grenoble), which do not themselves exhibit Egyptian antiquities, have loaned antique works, stuffed specimens and everyday objects illustrating the fields of study covered by the scientists of the expedition. A preemption policy supported by the département also led to the purchase in Fontainebleau of an 1819 painting by François-Martin Testard, Les scientifiques de l'expédition qui dessinent le temple de Denderah (Scientists of the Expedition Drawing the Temple at Denderah: (Osenat, March 25, 2018). In 2020, at one of the Aristophil sales, it bought a copy of the Précis du système hiéroglyphique des anciens Égyptiens (Summary of the Hieroglyphic System of the Ancient Egyptians), accompanied by a letter to Louis XVIII from the discoverer. The family had kept some of his preparatory work and documents, including an original inking of the Rosetta Stone annotated in his hand, fragments of papyrus, casts of amulets and scarabs and a "return from Egypt" bookcase stamped with his seal. "Many visitors will discover that Jean-François Champollion was the first curator of the Egyptian Antiquities Department in the Musée Charles X. It was here in 1827, in this villa named "Les Ombrages", that he learned of the creation of this gallery and his future appointment." The idea is to show how his deciphering prowess provided the key to a whole civilization and how this universal scholar carried out ground-breaking work as a curator. The Louvre has granted an exceptional loan of 82 pieces. The exhibition ends with the apotheosis of the expedition in 1828-1829, co-financed by Charles X and the Grand Duchy of Tuscany. Eighteen months were spent in Egypt checking and correcting all the facts gathered during Bonaparte's expedition: a task roundly acclaimed on the expedition’s return to France. The immersion is highly effective, mingling the great sweep of history and personal stories alike as it unfolds the story of how a new science was born: Egyptology.

The French City of Céret, Capital of Modern Art
Newsfeed
See all news
We Are on Break for Our Annual Summer Hiatus - Back in August! Happy Summer
A Michelin Star for the Museum of Modern Art in Fontevraud
World Record for the French-Danish Painter Gerda Wegener
Canadian Indigenous Groups Ask Vatican to Return Cultural Artifacts
Not to be missed
Cultural Heritage