Edmond Sussfeld, a Collector Conquered by the Signac Touch

Correspondence with the artist attests that this painting was acquired in 1924. It has turned up again some 60 years after its last exhibition. 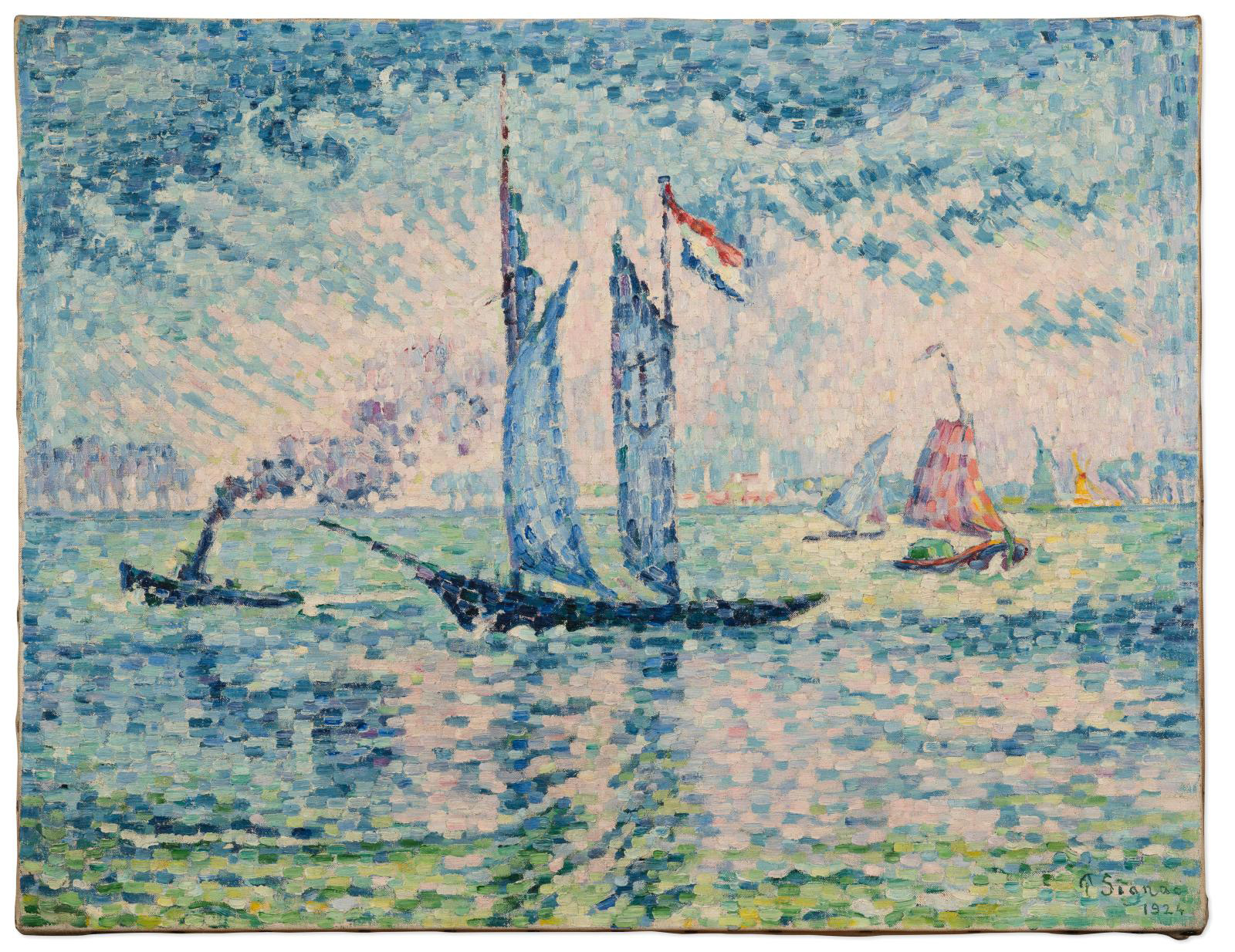 The Petit Palais, in Paris, featured Paul Signac’s Rotterdam, the Meuse as one of the artist’s most representative works in the 1934 retrospective held one year after his death. It has not been seen since the 1965 show staged in memory of Corot in Viroflay, located not far from Paris. The painting is up for auction nearly 100 years after being acquired by Edmond Sussfeld. Fleeing Alsace after its annexation by Prussia, Sussfeld moved to Paris, where he became a prosperous businessman, traveling back and forth to New York for his import-export business. A cultured aesthete, he collected the artworks of his time, such as François Pompon’s sculptures and paintings by Pierre-Eugène Montézin and Léon Lhermitte. The only thing missing was a Signac. In a 1924 letter, he asked the painter if he could come to his studio to buy one of his works. Signac agreed but noted that only watercolors were available: all the paintings were reserved for his dealers. They met many times. Of the three paintings the artist was working on, Sussfeld chose Rotterdam, the Meuse. A preparatory wash was found in the archives for this Dutch subject, which is quite uncommon in Signac’s work. It is undoubtedly a souvenir of his trips to Rotterdam in 1895 and, above all 1905, after which he painted seven pictures.

The composition is built by orthogonal lines on the horizon, hulls, masts and slanting sails. Signac warmed up the cold Northern light with a special touch, a changing sky and mist dissolving the forms. The wind propels a Dutch sailing ship as the sky clears up on a beautiful afternoon. Sussfeld bought the painting a few months after it came into the hands of Parisian gallerist Léon Marseille. The correspondence reveals that the 4,500-franc bill was kept. Four years later, Sussfeld wrote to Signac again informing him that Gaston Lévy, who was preparing the artist’s first catalogue raisonné, wanted to photograph the painting. Naturally, Signac agreed. Hidden during the Occupation and kept by Sussfeld’s descendants, the riverscape illustrating Signac’s passion for sailing has come down through the decades without losing the scintillating light that almost makes it look abstract.

Armand Guillaumin, Loyal to Landscapes and Impressionism
Not to be missed
Pre-sale