Drawings for Versailles: 20 Years of Acquisitions

Approximately 100 works on paper, some of them being exhibited for the first time, are on display in the apartments of Madame de Maintenon. They reveal the richness of Versailles’s prints and drawings collection and the will that has driven its expansion for 20 years. 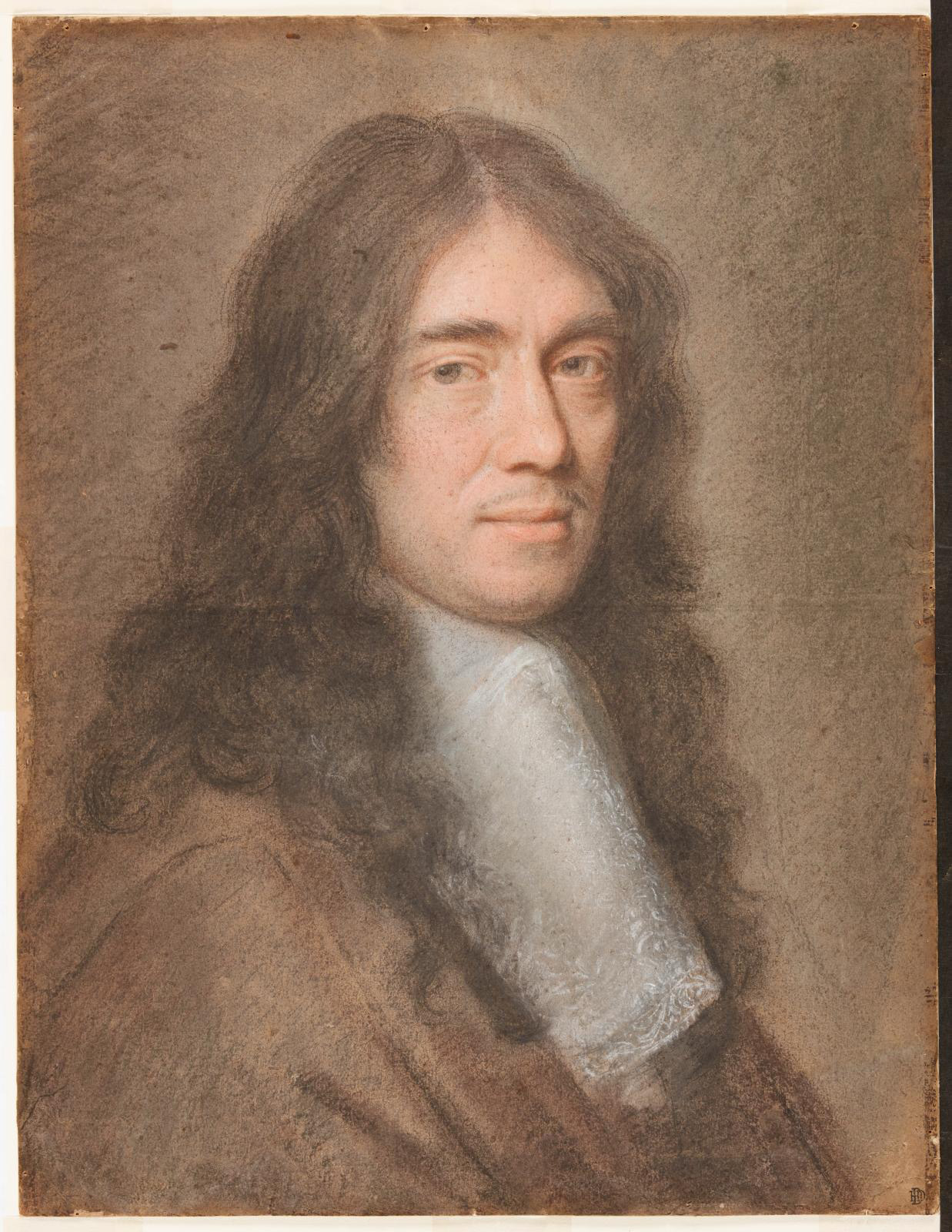 Divided into three spaces, the exhibition starts with a portrait gallery, continues with preparatory drawings for the chateau's great painted décors and ends with views, plans and architectural projects, the section with the largest number of works. Élisabeth Maisonnier, Curator of the Graphic Arts Department, organized the show, which includes several gems, such as a pastel portrait of Charles Perrault by Charles Le Brun, François Lemoyne’s studies for the Hercules Room, including Étude de tête pour l’amour de la Vertu (Study of a Head for the Love of Virtue) in L’Apothéose d’Hercule (The Apotheosis of Hercules), recently acquired by preemption, and the planned decoration for the emperor and empress’s apartments at the Palace of Versailles by Jacques Gondoin.

These are official images of a ceremonial palace, but others show the reverse side of the décor or unexpected moments. From Louis XIV in the guise of Alexander the Great—the young man was not yet the untouchable Sun King—to Princess Palatine hunting with her dog (a gouache by Joseph Werner), the Children of France in their private daily lives, the dauphin, Louis XV’s son, giving lessons to his three children, a brown wash by Charles Monnet, and projects attesting to the endless transformations at the palace and revealing that it was a beehive of activity with hundreds of pages, gardeners, courtesans and laundrywomen—a whole world without whom the décor would not have been so grandiose but whose faces history has forgotten. They are another, more intimate and touching way to understand this fascinating place.