Dran in the Fertile Plain of Street Art

Dran, Maye and JonOne formed the winning trio of this sale, each expressing their own take on contemporary urban art. 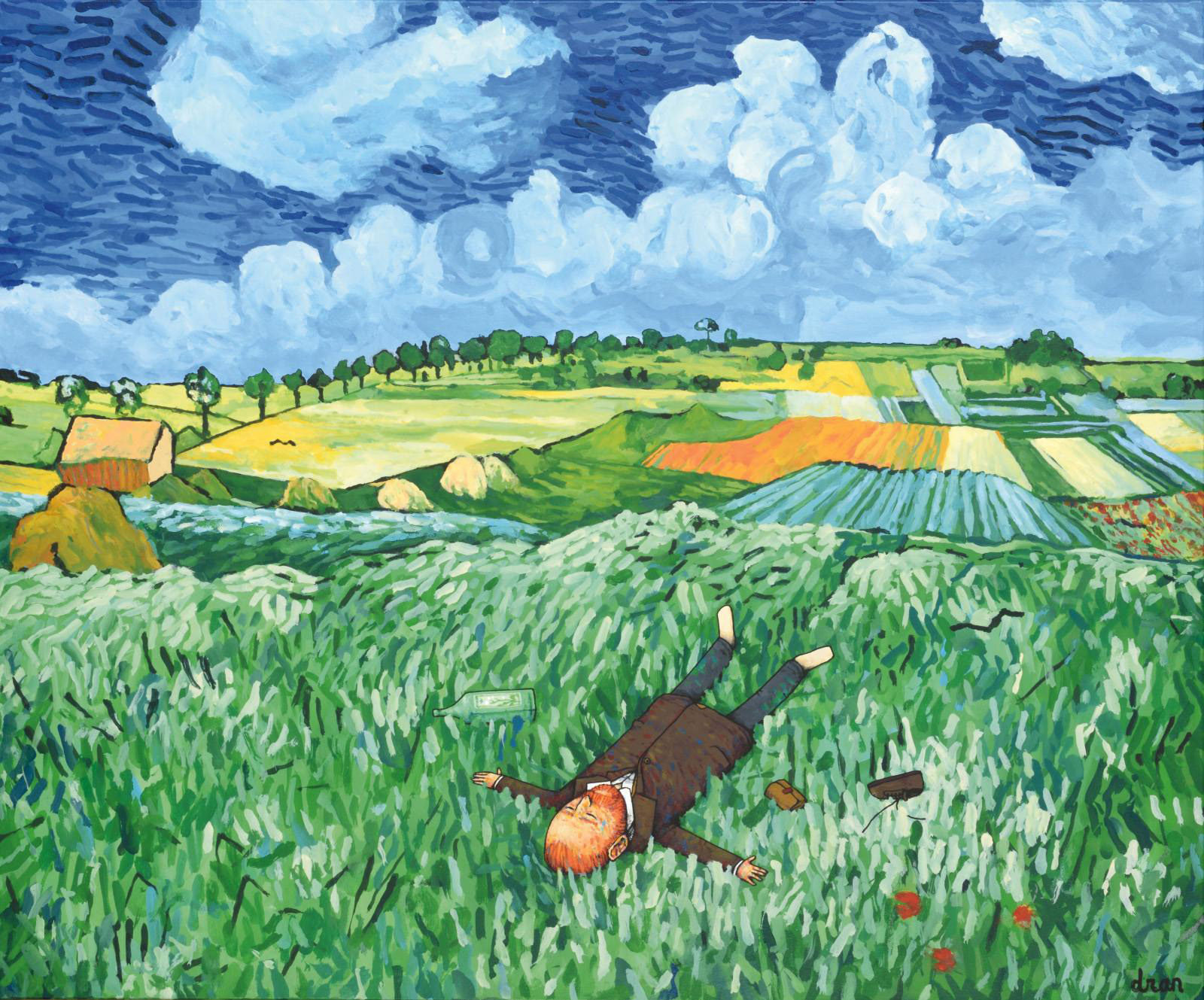 Hailing from Toulouse the artist Dran, who emerged from the graffiti scene and is seen as a free electron, is increasingly the star of these street art auctions. After his world record of €158,600, posted on March 30 in Paris by the same auction house with Starry Night in the South West of France, he received the highest bid of the afternoon with another tribute to Van Gogh. His Plaine of 2017, showing the doomed artist lying in the field of Auvers-sur-Oise where he took his own life, garnered €117,000 and took second place in his auction results (source: Artnet). Also by Dran, La Panthère rose (The Pink Panther: 81 x 65 cm/31.9 x 25.6 in) in spray paint and oil pastel fetched €61,100, becoming his third-highest score to boot. This more directly reflects his criticism of contemporary society through black humor and cynicism. Here, his message is conveyed through children whose disturbing hallucinations evoke nightmares rather than sweet dreams. The disenchanted gaze of the man who defines his work as a daily recreational practice with no rules is gaining ever-more followers, who appreciate the true pictorial mastery concealed beneath a deceptively simple line.

Graffs and Stencils by Blek le Rat, Kriki and Rero

Cyrille Gouyette: Street Art in the Context of Art History