Dostoyevsky and Holbein at the Kunstmuseum in Basel

The Kunstmuseum in Basel looks back at the Russian literary icon's visit to the museum in 1867, when Dostoyevsky was dumbstruck by Hans Holbein's Dead Christ. The Idiot is full of references to this masterpiece, whose naturalism was unprecedented in the 16th century. 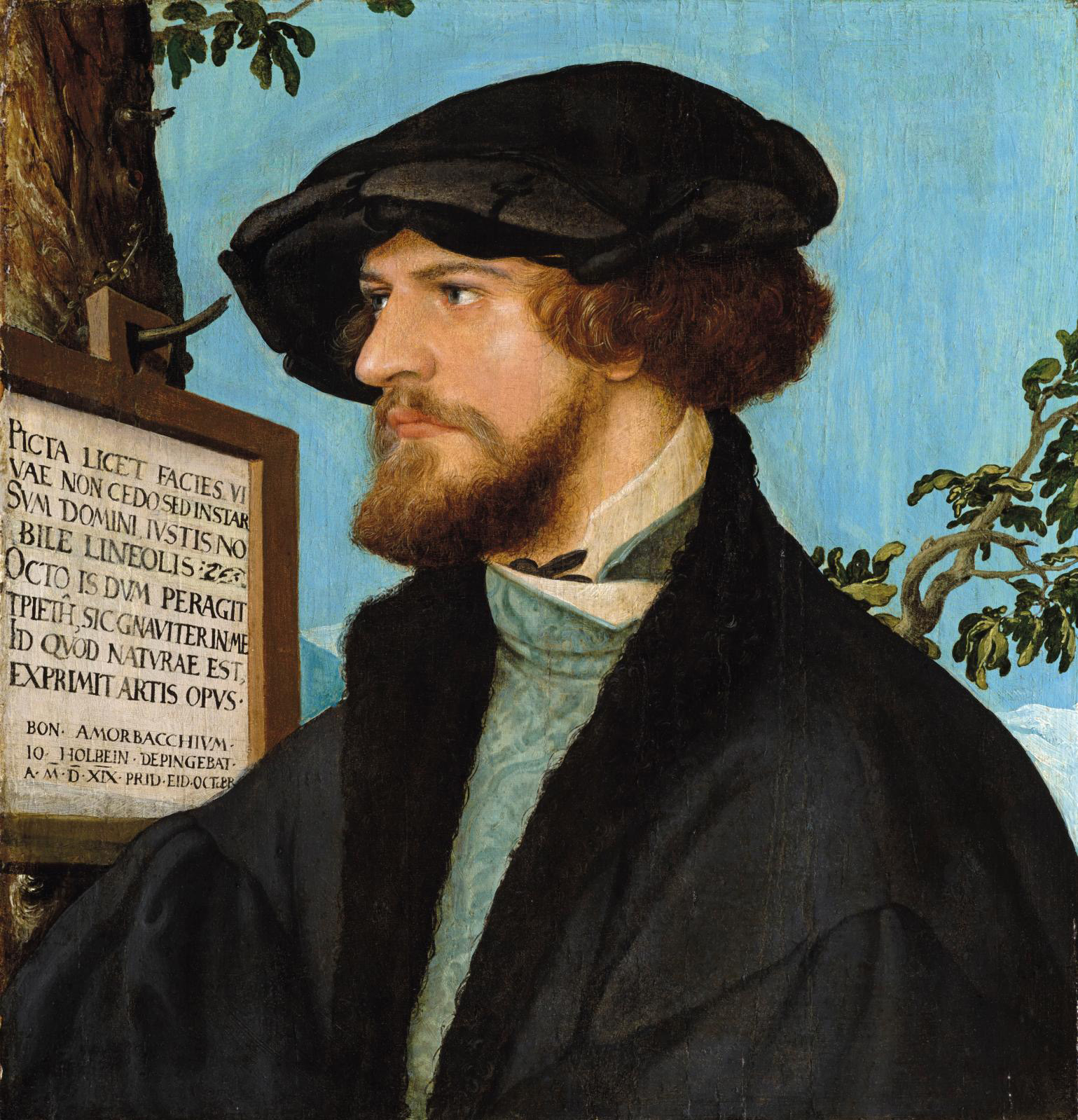 Bodo Brinkmann, curator of Old Master paintings at the Kunstmuseum in Basel, likes to put fine art and literature into perspective with each other. In 2007, he ended the catalog of an exhibition on Hans Baldung Grien with a study of the themes of sexual frustration and self-portraiture in the work of the artist and the writer Michel Houellebecq. A double jubilee now presents an occasion to confront Hans Holbein the Younger (c. 1497-1543) with Fyodor Dostoyevsky (1821-1881), as the former painted his Dead Christ in Basel five centuries ago, and the latter was born in Moscow three hundred years later. When he came across the painting while working on his novel The Idiot, Dostoyevsky succumbed to Stendhal's syndrome and almost had an epileptic fit. This famous episode in the Russian's life confirms the subversive potential of an astonishingly radical work that broke away from the conventional representations of its time.

The Dead Christ…
Holbein the Younger's name evokes the Italianate canons of beauty found in his legendary Darmstadt Madonna, or his portraits of Basel's notables and English courtiers. Represented in the Louvre by his portraits of Anne of Cleves and the humanist Erasmus of Rotterdam, he is the German Renaissance master most often found in French museums. But this forest hides a remarkable tree, as these magnificent illustrations of elegant decorum can make us forget that the artist was also capable of macabre anatomical accuracy. In this work, produced between 1521 and 1522, he shows the conclusion of the Passion cycle with a life-size Christ in the tomb, where he is described in the Gospels as lying for three days and nights before rising again. While other depictions of the dead Christ often show him surrounded by the weeping Three Marys, or by Joseph of Arimathea and Nicodemus, who took him down from the cross, he appears in Holbein's painting with nothing and nobody else. Only Andrea Mantegna before him treated this subject without any protagonists, in a variant (now in private hands) of his illustrious Lamentation in the Pinacoteca di Brera in Milan—where the body of Christ appears in foreshortened form. Holbein also stood out from his North European contemporaries with his unparalleled realism. He was familiar with the Issenheim Altarpiece painted by Matthias Grünewald in around 1515, a few years before his own Dead Christ. Here Grünewald pushes the morbid to the point of atrocity, exaggerating the wounds in bruised, violently flogged flesh. In contrast, Holbein does not dramatize or idealize what appears to be a simple corpse: the blood from the wounds left by the nails or in Christ's side has coagulated, and his stiffened limbs have the same pallor that would taint any other corpse.

... in His Tomb
Avoiding the usual open-air sarcophagi and caves dug from the rock, Holbein also makes his painting unique by placing Christ's body in an almost claustrophobic wall niche. Reflectographic images show that this original half-barrel vault was transformed into a rectangle by the artist. He also depicted the interstices between the cut stone blocks of the wall before erasing them, showing this detail only at the right end of the panel. The same technology reveals that two dates were indicated on the painting, though only 1521 finally remained visible. Bodo Brinkmann believes that these changes were due to the patron's altered instructions while Holbein was working on the piece. This patron was very probably Bonifacius Amerbach, a lawyer from Basel and a close friend of Erasmus. Between 1521 and 1522 precisely, keen to get as close as possible to the historical truth, Amerbach borrowed a book with descriptions of the Holy Sepulchre in Jerusalem from the library of the Charterhouse in Basel. Compared with archaeological sources, the niche shown here corresponds to the loculus, a type of tomb used during the first century CE. Erasmus observed similar loculi in Roman and early Christian catacombs during his travels in Italy, and Amerbach also found descriptions of them in pilgrims' accounts. So this work resulting from the close collaboration between painter and patron reflects the innovative studies of the humanist circle in which Holbein was active in Basel. Hence its iconographic license, which no artist could have justified on his own.

Enough to Threaten a Man's Faith
Dostoyevsky visited the Basel Kunstmuseum on August 24, 1867. His wife recounts in her memoirs that he remained as if "stunned" in front of the painting for a long time, "terrified" and "distraught". Wishing to look at it closely, he climbed onto a chair, making Anna afraid they would get into trouble—"because here you always have to pay fines." At the time, the author was working on his third novel, which was published in serial form between 1868 and 1869. The Idiot tells of the misfortunes of Prince Myshkin, a fundamentally good and innocent person, whose naivety arouses more mockery than compassion from his contemporaries. The Dead Christ first appears as a copy of the painting identified by the prince in the apartment of Rogozhin, his rival in love but friend nonetheless. When Rogozhin says he particularly likes it, Myshkin is aghast: "[...] this painting! But do you realize that a believer can lose his faith by looking at it?" Dostoyevsky later gives a long exegesis of the work to Ippolit Terentiev. Only 18, but soon doomed to die from tuberculosis, the young man has nihilistic leanings—in the same novel, he ironically asks the prince if beauty will save the world. Emphasizing the painting's extreme naturalism, Terentiev imagines the doubt that must have assailed Christ's close circle at the sight of his body: "If all his disciples, his future apostles, the women who had followed Him and stood at the foot of the cross, those who had faith in Him and adored Him—if all his followers had had such a corpse in front of them (and it must certainly have resembled this one), how could they believe, looking at it, that the martyr would rise again? Despite themselves, they would have thought if death is so terrible and the laws of nature so powerful, how can they be overcome? [...] The people surrounding the dead man, none of whom appears in the picture, must have been overwhelmed by a feeling of terrible anguish and dismay that evening, when all their hopes and almost all their beliefs were shattered in one blow. They must have parted in a state of the most dreadful terror, though each of them carried away a mighty thought that could never be taken from them." Here Dostoyevsky is talking about his own experience, oscillating between the same feeling as Terentiev and atheism. Faced with The Dead Christ, he could see that the ruin of the most deeply rooted beliefs leaves humankind alone with its finiteness: a kind of truth that never ceases to horrify and devastate.

WORTH SEEING
"Holbein and Dostoyevsky. The Dead Christ and its Effect", Kunstmuseum, Basel
Until January 30, 2022.
www.kunstmuseumbasel.ch