Contrary to the beliefs of several media outlets, the French government has rejected the principle of restituting works coming from the wartime sales of the Dorville collection. 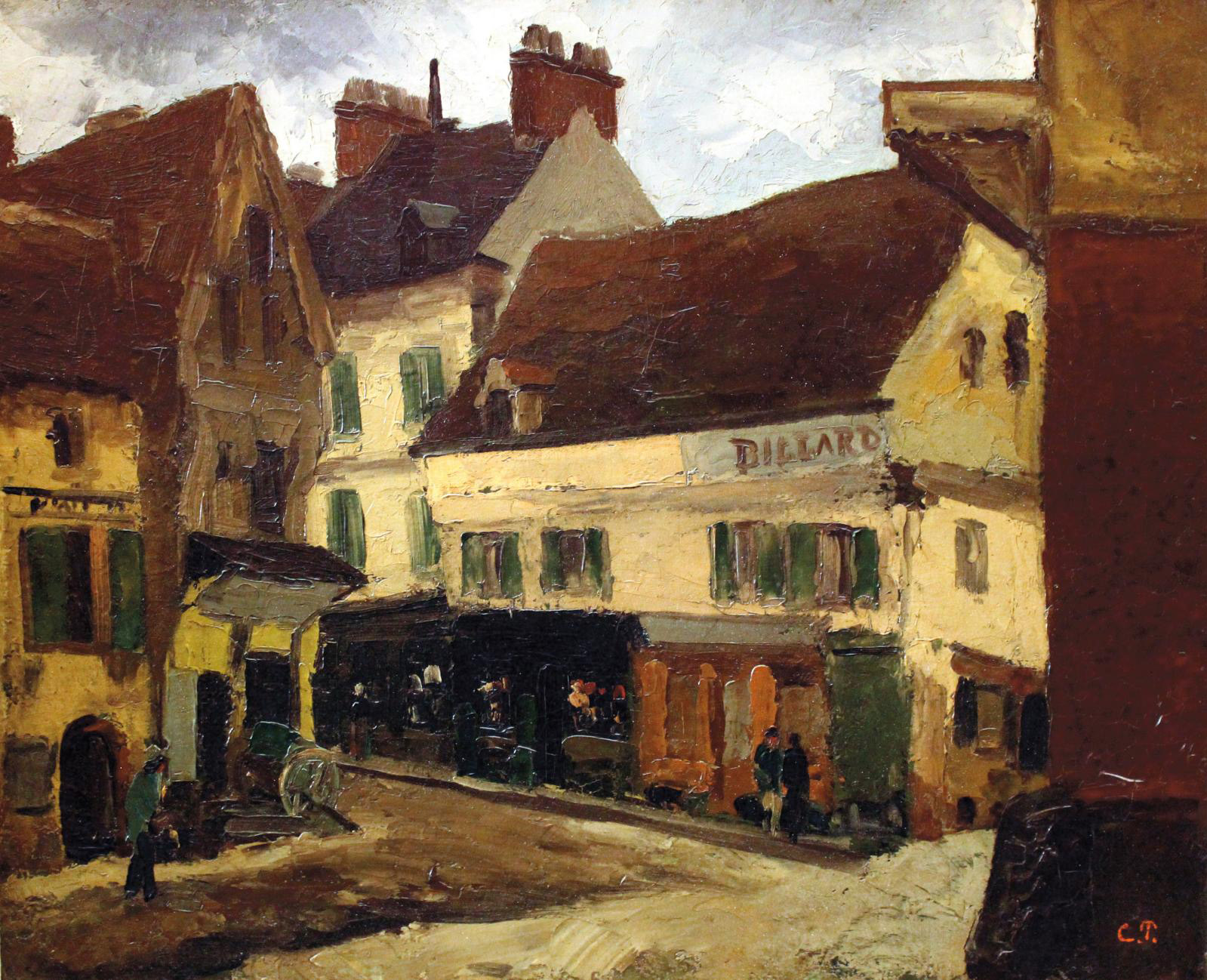 The announcement by French Premier Minister Jean Castex concerning the State's proposal to return 12 works, held in national collections, to the heirs of Armand Isaac Dorville, nearly 80 years after the sale of his estate, has caused some confusion in the French press. The Premier Minister has in fact endorsed the recommendation of the CIVS (Commission for the Compensation of Victims of Spoliation), which clearly rejected the principle of restitution, considering that the sale of the estate in 1942 "was not spoliatory". The controversy sparked by this iconic case is thus far from resolved.

At the time of the German invasion, the lawyer and art lover Armand Dorville took refuge in his Chateau de Cubjac, in Périgord, where he died in 1941. His collection, consisting of furniture, paintings, drawings, sculptures, books and manuscripts, was put up for auction. Under the title "A Parisian Art Lover's Collection", the main part, sold between June 24 and 27, 1942 at the Savoy Hotel in Nice, included 450 works by Bonnard, Vuillard, Renoir, Manet, Signac, Caillebotte, Daumier, Degas, Valloton, Delacroix, Rodin, Carpeaux and an artist he particularly liked, Constantin Guys.

Aryanization
At the last minute, the authorities were informed of Dorville's Jewish faith by the chauffeur and janitor of the château (whose wife was named a beneficiary in the will). The General Commissariat for Jewish Questions dispatched an administrator, Amédée Croze, a member of the extreme right-wing. Arriving on the second day of the sale, he decided to let it go ahead, as he explained in his reports, because its smooth running made it possible to achieve "the ideal goal set by the law of July 22, 1941"—the law concerning the secondary status of Jews enacted by the Petain regime. Croze also argued that it could enable other confiscations, as he had noted the presence of several Jewish buyers. But Croze immediately informed the auctioneer that he would seize the proceeds, which exceeded 9 million French francs.

What we learn about the behavior of various curators is not flattering. The Louvre made a special budget of 715,000 French francs available for this sale and sent the head of the paintings department, René Huygue, who bought twelve lots. He was well aware of the Aryanization of the sale since he wrote that he had been in contact with the administrator appointed under the "new Jewish laws". He was particularly keen to obtain the return of bequests from the collector, a generous patron who had made donations to various museums in his will. Amédée Croze even reported to his superiors that the Louvre curator had informed him of the possible presence of "works of art of national interest" in Dorville's Paris apartment, where "using the utmost discretion, rapid action would be desirable, in liaison with the administration of the national museums."

Nonetheless, in late 1942, Amédée Croze requested an exemption from Aryanization because of the military decorations and titles obtained by Armand Dorville and members of his family during the Great War. As these exemptions were provided for by the Vichy racial laws, an exemption was duly granted in July 1943. However, the funds, sent in the form of government debt securities to the family's notary, could not be recovered by the survivors until 1947. In the meantime, a whole branch of the family had disappeared. In 1944, one of Armand Dorville's sisters and her daughters and granddaughters, aged two and four, were intercepted in Megève as they were trying to reach Switzerland. They were interned at Drancy, then deported to Auschwitz and died there.

"Spoliatory Sale".
This dossier resurfaced thanks to the historian Emmanuelle Polack, who was later in charge of investigations on behalf of the family. She discovered various works from the Nice sale in the Gurlitt collection in Germany. In an article published in Le Monde, the researcher, who has since paradoxically become responsible for provenance searches at the Louvre, described this event unambiguously as "one of the major spoliatory sales" of the period.

Immediately afterwards, an initial restitution took place in January 2020 in Berlin, where the German Minister of Culture, Monika Grutters, handed over three works to Armand Dorville's heirs. Others followed, with the help of Christie's and a Côte d'Azur auction house. Two months ago, the Berlin Museum followed suit by agreeing in principle to the restitution of a Pissarro landscape, while offering to find an agreement enabling it to keep it in its collections.

Ethics
But Armand Dorville's descendants demanded that various French museums return some fifteen works to them in vain. In its long-awaited opinion, issued on May 17, the CIVS found that the sale of the estate had taken place "without constraint or violence" since it had been ordered by the will's executor, a lawyer and friend of the deceased, who was discharged from his mission by the heirs after the war. During the sale, the legatees were able to withdraw the lots they wished to keep. In addition, according to René Huygue's testimony, the prices were high. Lastly, the family did not request to nullify the sale after the Liberation.

These aspects convinced the commission that the sale itself was not spoliatory, even if the family was prejudiced when the funds were subsequently frozen. It, therefore, proposed compensation for the monetary devaluation that occurred up to 1947. Nonetheless, as the Louvre curator had clearly behaved unethically, the CIVS recommended "returning" (not restituting) the twelve works he had bought at the sale, which are now in the Louvre, d'Orsay and Compiègne museums. The French Ministry of Culture intervened in favor of this "moral" gesture. However, the CIVS made it a condition that the family reimburse some €80,000 corresponding to the hammer prices—a "detail" the Premier Minister failed to mention in his statement. For the same reasons, the commission rejected the idea of restituting three other works from the sale, which were acquired after the war by the Louvre and the museums of Nice and Dijon.

As Sabine Gignoux revealed in La Croix, the only apparently dissonant voice within the commission was that of its general rapporteur, Pierre-Alain Weill. In an observation note issued last November emphasizing the degree of uncertainty weighing on the processing of the estate, he considered that "the provisional administrator acted entirely in line with his mission" and noted that "the payment of the price took place under totally discriminatory conditions". Consequently, "the freedom of sale no longer existed" and the operation was "carried out under conditions going outside ordinary law". As only the law can cancel a sale, he considered "the restitution of the works" a "just and equitable solution". His views were ignored by other rapporteurs, who engaged in an exercise in case law to unearth all the details in this tangle of events proving that the sale had in fact taken place without violence.

The family is outraged. For Corinne Hershkovitch, the lawyer defending their interests, "the whole process took place according to racist laws". The rightful claimants have no choice but to turn to the courts to request the application of the 1945 order stipulating the annulment of spoliatory acts. The Louvre, the d'Orsay and the Ministry of Culture will find themselves yet again involved in a lengthy trial, with disastrous consequences for the image of French museums. They will need to demonstrate precisely what is "normal" about a sale from which four legatees obtained nothing because they were sent to their deaths by the French police.

In recent years Pierre Soulages, a major figure in abstraction who...