In his recent book The Brutish Museums, Dan Hicks calls for the radical rethinking of Western museums. He uses the case of the Benin Bronzes to call for the return of stolen objects as part of addressing the outstanding debt of colonialism. 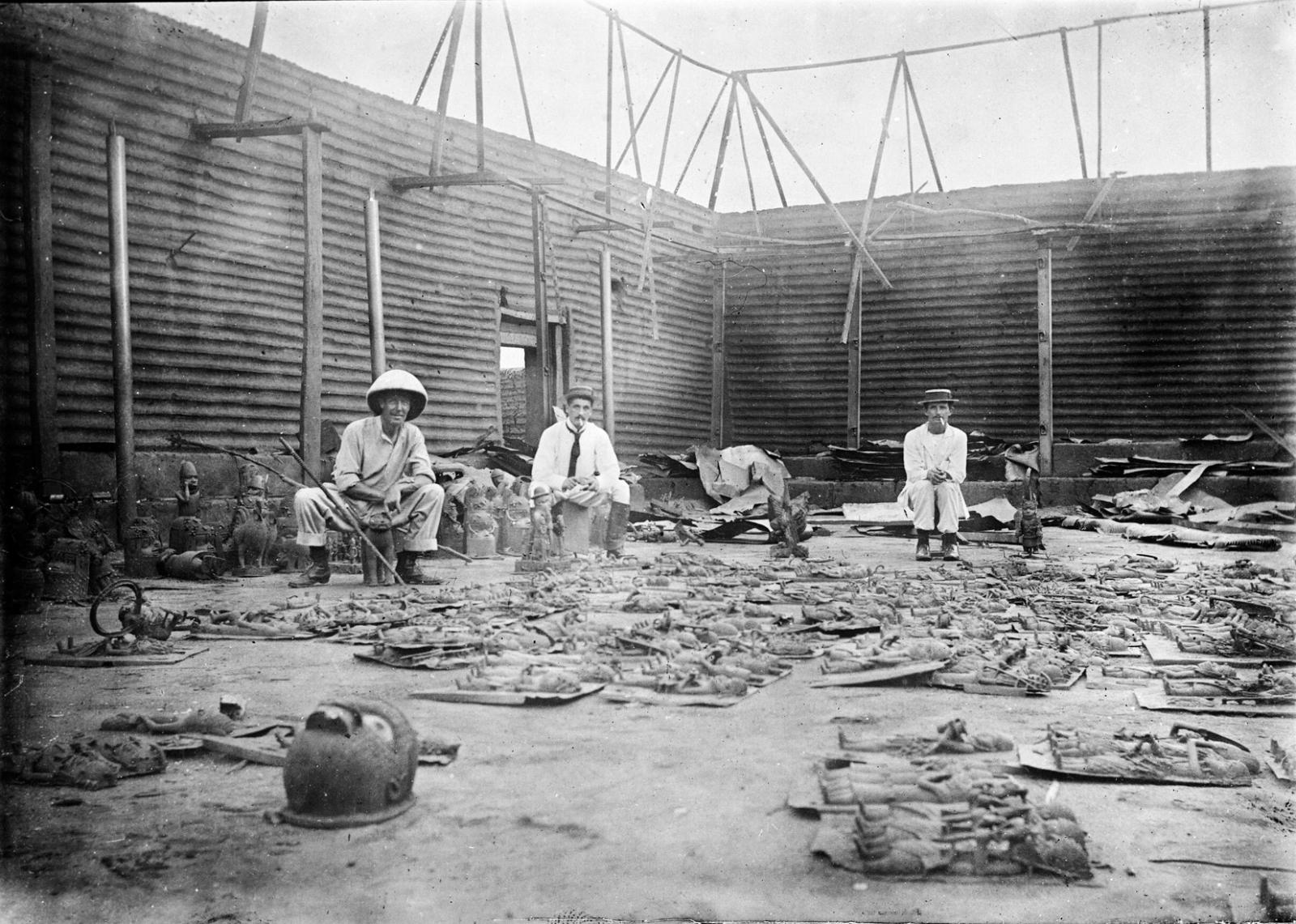 Dan Hicks is Professor of Contemporary Archaeology at the University of Oxford and curator of world archaeology at the Pitt Rivers Museum in the U.K. His book The Brutish Museums: The Benin Bronzes, Colonial Violence and Cultural Restitution focuses on the Benin Bronzes that were looted by the British during an 1897 punitive expedition to Benin City, in present-day Nigeria. As a result of the sacking of the city, thousands of objects from the Royal Palace and other ceremonial sites are now dispersed worldwide, with the location of many of these artifacts still unknown. Hicks uses the Benin Bronzes as a case study for a broader discussion of the role of museums in the ongoing history of colonial violence. Both historical and timely, the book highlights the inadequacies of the current, often empty, rhetoric of solidarity and anti-racism on the part of Western museums and, instead, calls for restitution and a radical reordering of museological practices in Europe and North America.

The occupation of the Kingdom of Benin by British troops in February 1897 resulted in a massive looting of cultural heritage. Thousands of brass and bronze sculptures, as well as objects in ivory, wood, ceramic, iron, and intricate coral-work were taken by soldiers and colonial administrators. These artifacts, dating as far back as the 14th century CE, were sold at auctions throughout Europe or passed down to the descendants of the men who took part in the expedition. The looted objects are now held in more than 160 museums and private collections worldwide, from the Metropolitan Museum in New York to the British Museum in London, from Toronto to Glasgow, from Berlin to Moscow, Chicago, Abu Dhabi, Lagos, Adelaide, Bristol and beyond. The Brutish Museums’ Appendices offer provisional lists of their worldwide locations. Hicks stresses the unfinished nature of these lists, expressing the hope that more museums and private collectors will review their holdings and come forward with information on additional, previously unaccounted for objects.

Benin Dialogue Group
The Brutish Museums is in part the result of Hicks’ involvement with the Benin Dialogue Group, a multi-lateral collaboration that brings together museum directors and delegates from Europe with representatives of the Edo State Government, the Royal Court of Benin, and the National Commission for Museums and Monuments (NCMM) in Nigeria. Among the Group’s achievements so far is the founding of the Legacy Restoration Trust (LRT), which has been spearheading work on the Edo Museum of West African Art. Designed by architect Sir David Adjaye, EMOWAA will be located on the former site of the Royal Palace in Benin City and will serve as the home for restituted objects. As a condition of their membership in the Dialogue Group, European museums agree to support the return of the works of arts to Nigeria and EMOWAA. As part of this process, in March 2021, the German government has started with Edo State authorities regarding the logistics of returning looted objects held in German national collections. Also in March, The University of Aberdeen in Scotland announced that it will repatriate a Benin Bronze in its museum collection to Nigeria.

The Benin Dialogue Group is also dedicated to collecting and sharing the information about the looted objects, which has led to the creation of Digital Benin, scheduled to launch in 2022. The digital resource will gather in a single place object data and related documentation from collections worldwide. The project’s aim is to create a comprehensive catalogue of the artworks, their history, cultural significance and provenance.

In Berlin, a Humboldt Forum Now at Full Capacity

ICOM: A Shared Definition Brings Down the Temperature in the World of Museums
Not to be missed
Analyses