La Gazette has obtained a copy of the Louvre’s scientific paper confirming Salvator Mundi’s attribution to the Florentine painter. 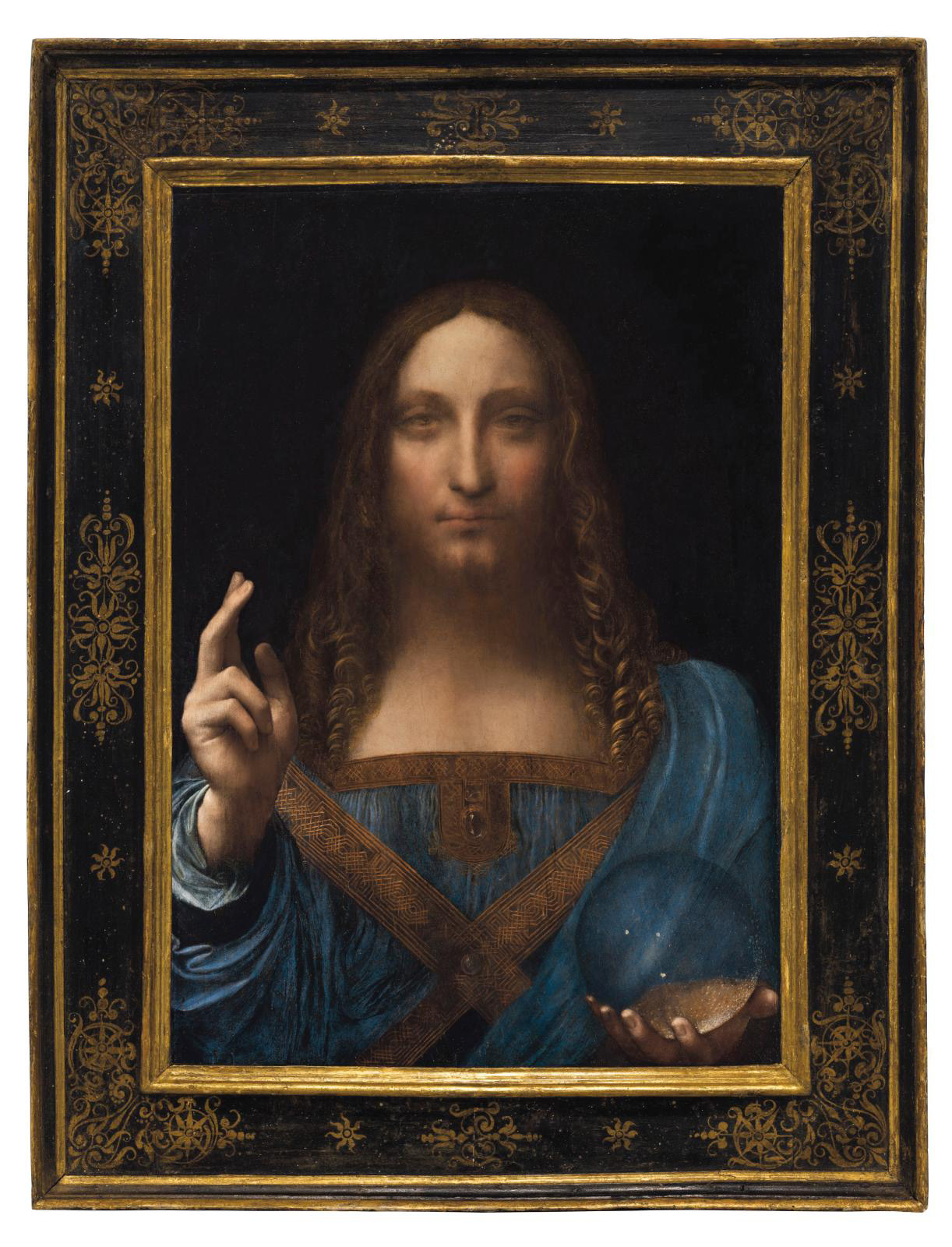 The scientific study of Salvator Mundi by the Louvre and the Laboratoire de recherche des musées de France (C2RMF, Research Laboratory of the Museums of France) adds another chapter to the melodramatic tale of the painting (editor's note: acquired at an auction in 2017 for $450,000,000 by Saudi Prince Mohammed Ben Salman). The plot thickened when Hazan published the findings in December 2019, two months after the Louvre retrospective opened and in the painting’s absence. It had been immediately withdrawn, undoubtedly at the Saudis’ request, further intensifying the clouds of mystery that seem to surround the work.

A stunning France 5 documentary denying the paper’s existence rekindled interest in the painting. The film claims that the Louvre classified Salvator Mundi as a studio work in which Leonardo’s participation was "minimal". The 47-page report denies the rumor.

Confirmation
Jean-Luc Martinez clearly speaks for the Louvre when he writes in his preface: “The findings of the historical and scientific study presented in this book confirm the work’s attribution to Leonardo da Vinci.” He evokes the authority of the museum, custodian of "the world’s largest collection of paintings" by Leonardo, amassed since the time he arrived in France and accounts for one-third of his output.

The Louvre’s curator of Italian paintings, Vincent Delieuvin, says Salvator Mundi "in the best-preserved parts shows a particularly skilful pictorial technique based on a superimposition of clear glazes allowing the subtle shifts from shadow to light to be achieved, the contour lines softened (the famous sfumato) and the figure’s relief heightened. This technique is similar to that of the paintings of Leonardo's full maturity, i.e. from the years 1500 to 1510, such as the Louvre’s Saint John the Baptist". Mr. Delieuvin adds that the painting is in a "poor state of conservation" and has been "marred by crude repainting during restoration". Much of the current confusion, he believes, is because specialists find it difficult to "tell the repainting apart from the clumsy intervention of an assistant", lending credence to the hypothesis that Salvator Mundi was painted by a student of Leonardo's.

Pentimenti
Unlike the approximately 20 known copies, Mr. Delieuvin notes the existence of several pentimenti (a mark left by an earlier painting that shows where an artist made changes) and an underlying drawing that is "very fine, almost imperceptible, which is very similar to that of the Mona Lisa and Saint John the Baptist. The curls on the left shoulder are beautifully rendered" and the lips comparable to those of the Saint John the Baptist, featuring "the same subtle shades of chiaroscuro [...] The palette is very rich, especially the lapis lazuli blue of the garment and cloak, unlike that of other versions, where the garment is red." He says the work bears similarities to studies of drapery in red chalk on red paper in the Royal Collection of England, leading him to believe that it could be a tribute to the Republic of Florence made during the artist's second stay there, when he used the same technique to draw the studies for Saint Anne. In passing, Mr. Delieuvin mentions Christ’s scraggly beard and thinks the orb in his hand might be made of glass instead of rock crystal.

Baseless claims about these details continue fueling the attribution controversy. Some have said that Leonardo would never have painted a beardless Christ. Others point to the typical crystal inclusions as an indication of the artist's vast scientific knowledge. Given his interest in optics, the reflections in the globe have fueled speculation in the opposite direction. "Many contradictory, ill-informed opinions have been voiced," says Mr. Delieuvin, who is astounded by "claims lacking any documentary evidence", "very weak, even false arguments" of specialists, their "skimming over" the original documents and, sometimes, repetition of their predecessors’ "fantasies". Like Saint Thomas, he calls "for a serious debate grounded in historical and scientific facts”.

Matches
Élisabeth Ravaud and Myriam Eveno of the C2RMF dismiss the hypothesis that pressure from a knot caused the panel to warp and crack. (This is what the attribution’s opponents say, arguing that Leonardo never would have painted on such a misshapen surface.) They believe that the walnut panel was deformed by incompatibility with its frame and that it has also been weakened by thinning and insect infestations.

Ms. Ravaud and Ms. Eveno painstakingly identified similarities to Leonardo's technique. The panel was painted in a grooved frame, a technique he used for the Mona Lisa and recorded in his writings. He would coat the wood with two layers of white lead primer of variously sized grains, "a feature of Leonardo's technique starting in the 1490s". The artist mixed in finely ground particles of glass, which are found in the paint layers. "Leonardo," the researchers note, "seems to have used this method increasingly over time [...] It is quite limited in Saint Anne, becomes more pronounced in the Mona Lisa and increases markedly in Saint John the Baptist, where Leonardo added the substance to the dark background layers as well as the skin tones." They attribute use of the glass grains to a "search for transparency", although it is hard to explain how the effect could work, let alone their presence in the coats of primer. Another hypothesis is that several artists took up the method during the Renaissance, thinking it could help the paint dry.

"The analysis of Salvator Mundi,” the paper concludes stating, “...appears to show that Leonardo did indeed paint it. Therefore, it was essential to distinguish the original parts from those that were altered and painted over. That is precisely what was done with X-ray fluorescence mapping. Microscopic examination revealed very fine execution, particularly in the skin tones and hair curls, and great refinement in the relief of the threads of the braids. An X-ray showed the same ghostly image as in Saint Anne, the Mona Lisa and Saint John the Baptist, which is characteristic of Leonardo's work after 1500." Among the "composition’s numerous repetitions", Ms. Ravaud and Ms. Eveno note that a bristling piping motif, altered by the painter, recalls a form visible in a drawing from his second Florentine period, which is in the English collection.

Vermilion Red
Infrared reflectography shows that the left hand was not included in the first attempt, but rather quickly added on a black background, suggesting that the original was "more hieratic, where no hand appeared". A comparison with the Louvre’s paintings also reveals a "remarkable use of vermilion in the shadows and hair", which "has the effect of deepening the shadows without making them opaquer", a process already found in Saint Anne and one that Leonardo used increasingly over time. The data seem to bear out the hypothesis of a "late work, after Saint John the Baptist".

“The resurrection of this painting," concludes Mr. Delieuvin, "is undoubtedly one of the most remarkable discoveries of the last few decades. It will probably take years to convince the critics, as it did a century ago for The Annunciation in the Uffizi, Ginevra de' Benci in Washington and Lady with an Ermine in Krakow.”