Delacroix and a Qianlong Bronze

This auction featured a bronze deer and an Oriental watercolor, both superb. 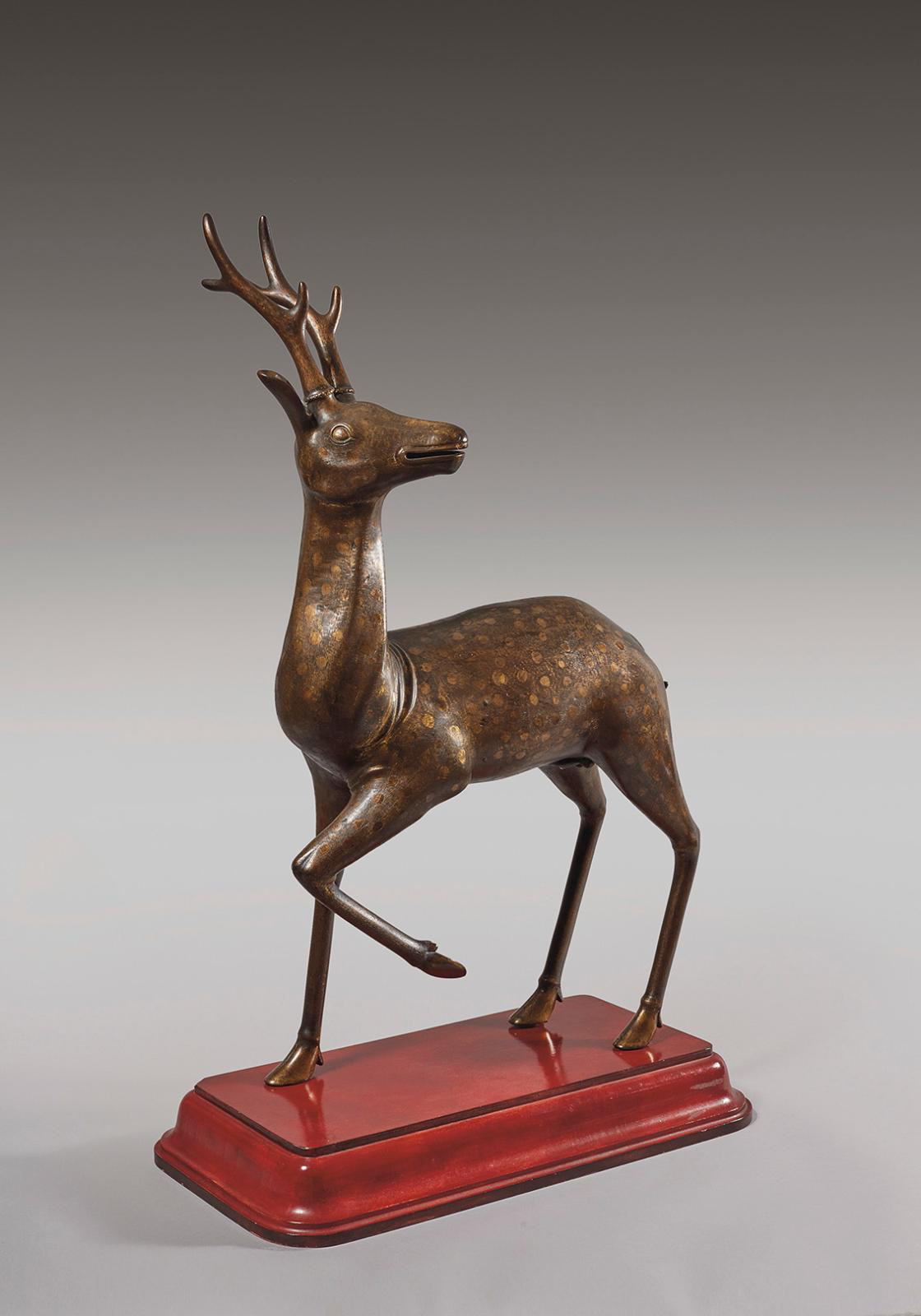 When Eugène Delacroix was in North Africa, he filled notebooks with superb drawings foreshadowing his future work. At this auction they were alongside a bronze deer with traces of gilding, cast in a Chinese foundry during the reign of Qianlong (1736-1795), the Qing dynasty’s sixth emperor. The deer prances gaily, its left front leg raised and its coat still fresh. The piece is original not so much for its subject—a classic in Chinese art, for deer were endowed with many virtues—as for its size and, above all, the reason it was made, which remains unknown. The work fetched €103,040.

Delacroix’s watercolor drawing Oriental en pied (Full-Length Portrait of a North African Man) was the most precious item in an album amicorum of 96 works on paper, including an apricot tree, landscapes with ruins, monuments, studies of costumes and trees, famous people, anonymous full-length portraits and some minor masters from the first half the 19th century, like Félix Storelli (1778-1854), Louis Lafitte (1770-1828), Hippolyte Bellangé (1800-1866) and Victor-Jean Nicolle (1754-1826).

The album’s themes and artists attest to artistic society in the Charles X period. Created by Adèle de Maillé La Tour Landry, comtesse d'Hautefort (1787-1850), it recalls the memory of the duchesse de Berry, to whom the countess was attached as lady-in-waiting as soon as she arrived in France in 1816. A faithful companion, she joined her in her captivity in the citadel of Blaye and did not leave the duchess until leaving for Palermo in 1833. A work of remembrance, the album fetched €51,520.

The Paris night, relished to the full by one of the most promising...

A Precursor Deposition by Jacob Jordaens