The publication of the artist’s complete correspondence sheds light on the depth of his friendships and a personality more sensitive than his reputation suggested. 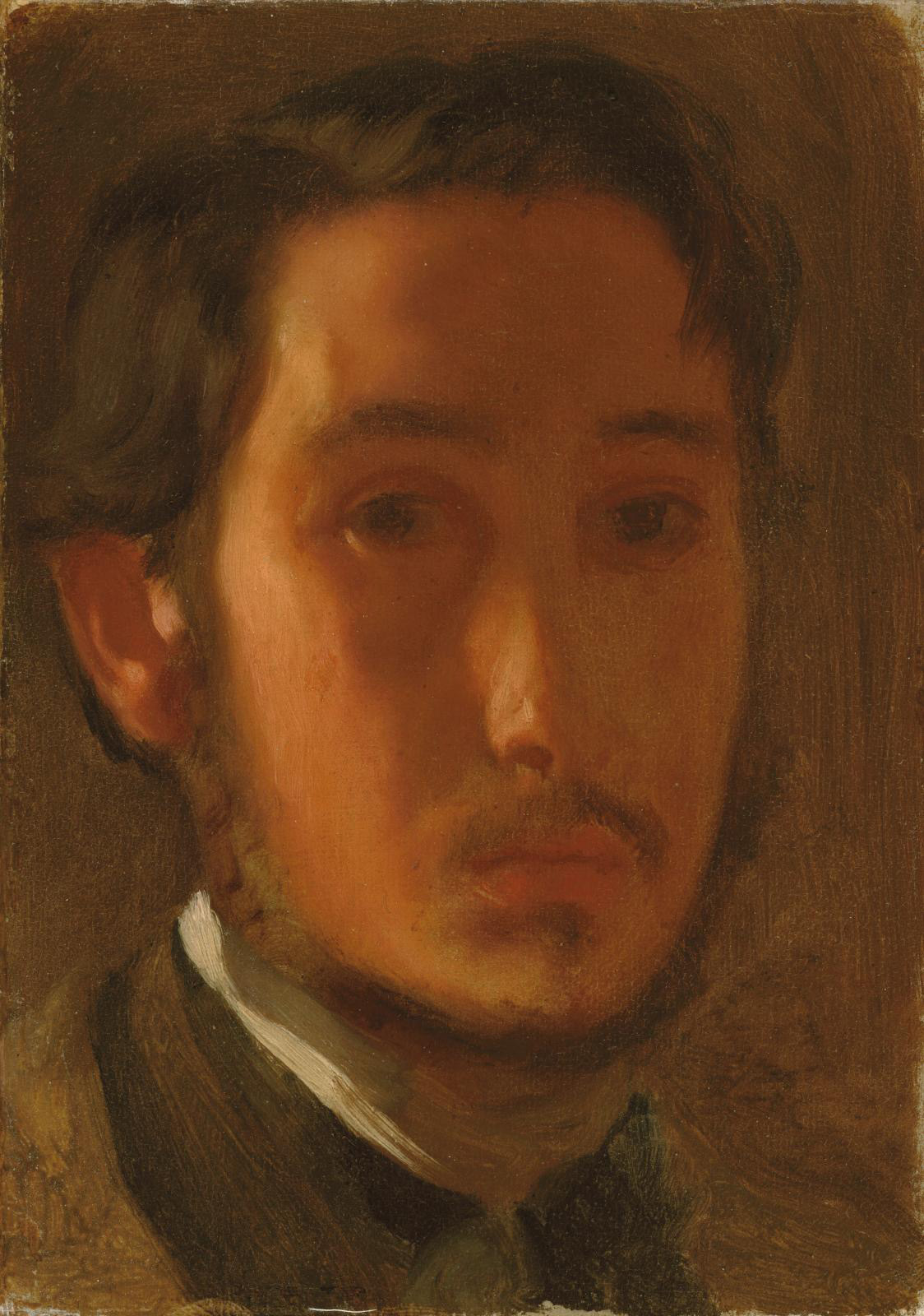 The three-volume publication of Edgar Degas’ complete correspondence considerably increases the body of knowledge about him and the historic context of Impressionism. The 1945 publication of 248 letters, collected by Marcel Guérin, was supplemented by Degas's letters to Tissot in the English edition of 1947. This leap forward is consequential: the number of letters rose from 273 to 1,251. The meticulously prepared edition sheds light on Degas’ key role in forming the group of Independents and organizing its eight exhibitions from 1874 to 1886, as well as the lengths to which he was willing to go to expand the circle and use it to serve his own interests.

Degas was a contemporary of three painters whose correspondence is the most extensive and appreciated: Van Gogh, Gauguin and Pissarro. It contains less about the single, childless private life of Degas than about Pissarro’s life and, from an artistic point of view, is less interesting than the letters by Van Gogh and Gauguin, partly nourished by their isolation and voluntary exile. Degas’s involvement in Parisian social life gives the correspondence some piquancy. Many of the letters are mundane—replies to countless dinner invitations from upper-class friends and pleas for discounts from dealers such as Paul Durand-Ruel. Degas only occasionally let his feelings show, for example when he was looking forward to the news that would console him when he was far from home. This was the case during his 1850s study tour in Rome and Florence; later, when he had to tend to the family business in Naples; and during a six-month visit to his maternal family’s American branch in late 1872.

The finds include letters to Charles Deschamps, an administrator at the Durand-Ruel Gallery in London before striking out on his own. They confirm that Degas was deeply interested in British markets in the 1870s when it was harder to sell paintings in Paris. he was envious of Tissot, de Nittis and Fantin-Latour’s success in London and convinced that the renewal of realism he espoused would meet with a better reception across the Channel. The letters also reveal the dense network of relationships he built upon his trips to England. This was somewhat successful, although his plan to sell Cotton Office in New Orleans (see photo below) to a Manchester mill owner fell through. Thanks to his friend Paul Lafond, the ambitious group portrait is now in the Pau Museum.

Critical Scholarship
The foreword by Theodore Reff, Professor Emeritus of European Painting and Sculpture at Columbia University, is a model of the genre. His critical scholarship is also impressive: all the works are paired with sketches, of which Dr. Reff has unparalleled knowledge. Every name is matched with a file. The short biographies are especially welcome, given that Degas’s circle of correspondents, including many artists and amateur painters, reached far beyond the Impressionists. A comparison with the 1945 publication reveals new information about his relationships with collectors, models, ballerinas and actors from the world of opera. The only reservation about this bilingual edition is the literal English translation, which aims to be more accurate than that of 1947. Nevertheless, the level of the first translation was excellent, despite some errors. A case in point is the unfortunate misunderstanding of “Négresses si bien plantées” Degas saw in Louisiana or the expression “tableau du cru” used for the cotton office. Obviously, he meant that the scene expressed a local atmosphere, somewhat like wine, and not, as the translation implies, that it could have been the “première version d’une série.”

Broken Friendships
The correspondence sheds light on Degas’s friendships, notably with Henri Rouart, Berthe Morisot, librettist Ludovic Halévy and Albert Bartholomé, who, after Durand-Ruel, received the second-highest number of letters and urged the artist to take up sculpture after his wife’s death. But his position in the Dreyfus affair ended his friendship with the Halévys. The librettist had been a close friend since high school. They used the informal tu with each other in their copious correspondence. Halévy’s wife, Louise, was also one of Degas’s closest friends. The break came after one of the regular dinners at the Halévys on the day Émile Zola’s “J’accuse!” was published (1898). Degas could not abide by the arguments of the young guests, including the couple’s son, in favor of Dreyfus’ innocence. "No more laughing," he told Louise in a letter, writing that he wanted to "say goodbye for tonight" but hoped to salvage what remained of their relationship: "Leave me in my corner. I like it here. There are good times to remember. If our affection, which dates back to our childhood, is stretched any longer, it will break." Degas was so walled up in his conservative stance that he attended neither Pissarro’s nor Halévy’s funerals. His anti-Semitic comments caused pain that he later regretted.

Anyone hoping to find out more about Degas’ relationships with Manet, Pissarro, Cassatt and Gauguin may be in for a disappointment: their letters have not survived, although it is known how grateful Gauguin was to Degas for his steady purchases. We do learn that in 1881 Gauguin invited him to his home in Vaugirard for a “ceremony” far from his lodgings on the Right Bank, in Paris. Dr. Reff suggests that this may have been the baptism of Gauguin’s fourth child, but perhaps it refers to their first exchange of paintings. In a letter to Caillebotte, he advised him to use gold and silver powders that could be found at a florist’s who used them to decorate fans. Perhaps the advice benefitted Gauguin more than Caillebotte.

There are relatively few references to the technical aspects of “this damned art”. But the edition reveals the sensitivity of a man who has been tagged as a misanthrope and a stubborn reactionary. It dispels the myth of his misogyny once and for all: Degas always supported both male and female friends who were hurt and grieving. Oddly, for still-unknown reasons, he often wrote on bereavement announcements. As he grew older, his eyesight began to fail and he suffered from a kidney condition. yet his correspondence became more humorous, such as when he complained about the Spartan diet at the spas in “damned Cauterets” in the Pyrenees. At the Valpinçon château in Normandy, where Degas regularly spent his summers, he role-played with teenagers and sent clumsy love letters to young Hortense, his hosts’ daughter, and her cousin to arrange a romantic rendezvous near the pond, with this warning: “I can’t swim. I’ll die if you tarry.” It is easy to see why the hostesses of high-society Paris and their families enjoyed having Degas as a guest.

Les Oeuvres Choisies – An Exhibition Not to Be Missed
Newsfeed
See all news
Refik Anadol Now Represented by König Galerie
Steady Sales Reported at Art Basel
Nigerian Artists Offer Donated Works to British Museum in Return for Benin Bronzes
$30M Frida Kahlo Self-Portrait Set to Break Records
Not to be missed
Analyses
Collecting Art: Morozov and the Russian Art Connoiss…
On display at the Louis Vuitton Foundation in Paris this fall, the Morozov…
Analyses
Great British Painter: Dame Laura Knight
From arguing for women to be included in life drawing sessions at…
Analyses
Recreating Cosquer Cave: An Underwater Archaeological…
Part of the paintings designed to adorn a replica of the Cosquer…
Analyses
In the Crosshairs: Luma Arles Cultural Center
There is nothing quite like the Arles cultural center, an offshoot…