Death of Daniel Cordier: a Resistance hero passionate about art

He led a double life: a Resistance hero and a contemporary art lover. A witness to and player in the postwar market, he had a distinct bent for going against the establishment… 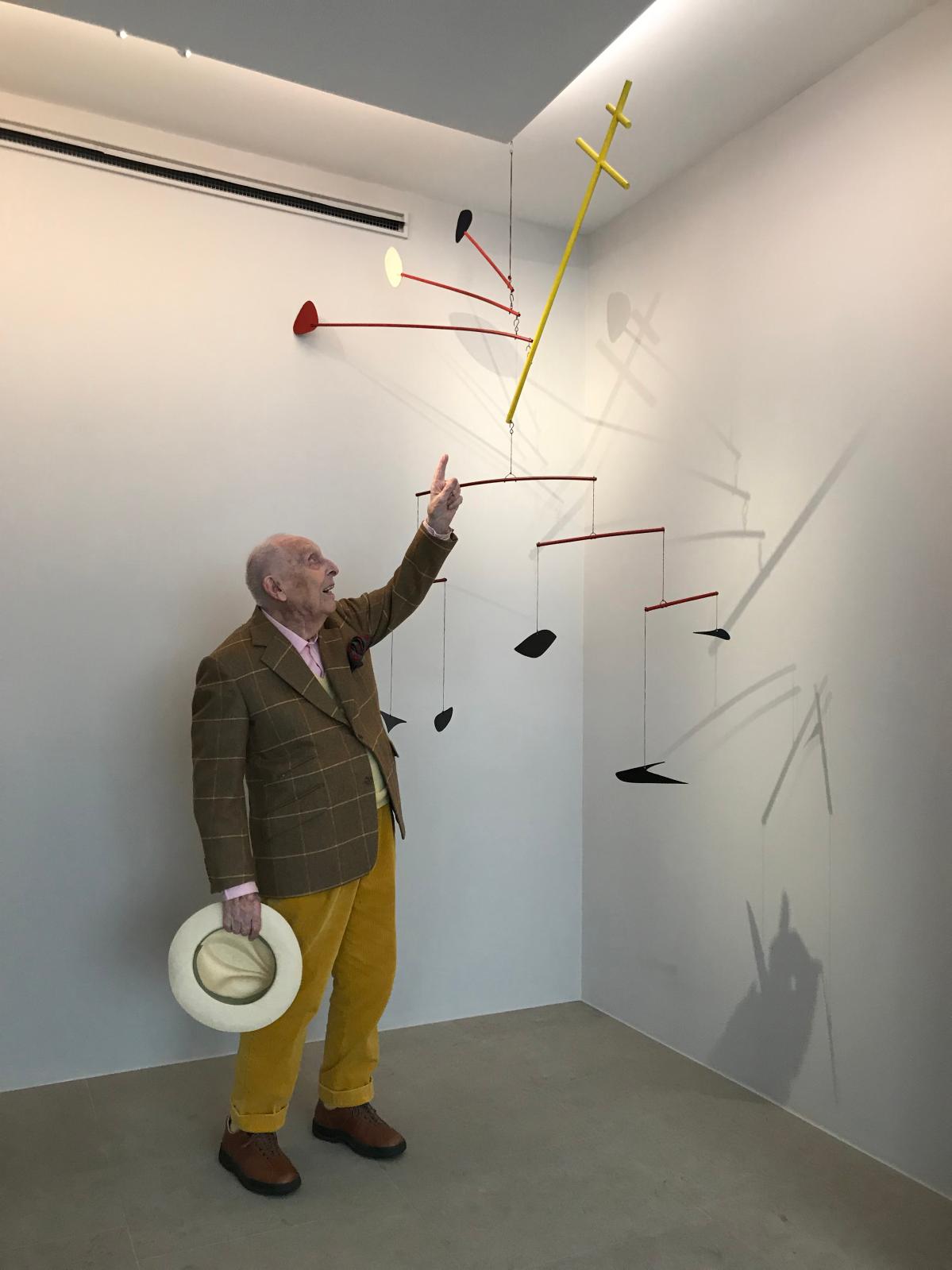 The outpouring of tributes following Daniel Cordier’s death at the age of 100 on November 20 recalled his role as Resistance leader Jean Moulin’s secretary in 1942. Moulin introduced him to modern art: as a knowledgeable collector, one of his covers was art dealer, so it was only natural for them to talk about painting, especially in public places. In 1943 he took Cordier to see a Kandinsky show in Saint-Germain-des-Prés. They promised to visit the Prado together. Cordier went alone in 1944.

Formal disorder
Cordier inherited some paintings, including one by Jean Dewasne, from his father, who died in 1943. Stéphane Hessel, with whom he became friends in London, was among those who advised him to turn to art, and put him in touch with Marcel Duchamp in New York. On the sidelines of the 2017 Outsider Art Fair at Drouot, with his bright blue eyes and sparkling wit he talked about his 1945 visit to Nicolas de Staël's first show at the Jeanne Bucher Gallery in Paris, after which he went to meet the painter in Montparnasse. “My first purchase," he said, "was 15 de Staëls! I think I'm a bit mad. When I see things, paintings, that I like, I've never been able to buy just one... If you love someone, you need to surround yourself with what you love... Basically, that was the beginning of my whole life." Alfred Pacquement, who assisted him with his subsequent donation to the Musée National d'Art Moderne, which he headed for 13 years, says Cordier was always like that, buying 20 bracelets rather than one, imposing serial order on "formal disorder".

"He also opened up branches in Frankfurt and New York, something unusual at the time. "He was the first to show works by Robert Rauschenberg, Louise Nevelson and Jasper Johns in France."

Cordier’s attempts to become a successful artist came to naught, but he continued buying and selling paintings. In 1956 he opened up a gallery in Rue de Duras, where the first exhibition featured artists from his collection, such as de Staël and Michaux. But, he said, the first painter he wanted to show was Dubuffet. The artist agreed, provided a bigger space could be found, which is what prompted Cordier’s 1959 move to Rue de Miromesnil. He also opened up branches in Frankfurt and New York, something unusual at the time. "He was the first to show works by Robert Rauschenberg, Louise Nevelson and Jasper Johns in France," says Annabelle Ténèze, head of the Abattoirs de Toulouse, to which most of his collection was donated. In 1959 Cordier asked Duchamp and Breton to hold the surrealist group’s last exhibition, "E.r.o.s.", featuring Meret Oppenheim’s banquet served on the body of a reclining naked woman. He was as interested in Hans Bellmer and Roberto Matta as in Hantaï, Robert Morris and the creators of Outsider Art, like Eugène Gabritschevsky. "He arrived at a key moment,” says Mr. Pacquement, "when the future New Realists starting calling abstract art into question. But Daniel Cordier refused to get caught up in genres and labels, going his own way, often with a lot of intuition and utter joie de vivre."

"See you soon"
"I made a fortune,” a more philosophical Cordier told Drouot. “I had so many paintings I didn’t know why I was continuing." After "eight busy years"—the name of his last, stocktaking exhibition—the market crisis caught up with him and he closed the gallery in 1964. He published a letter in the catalog, sending 6,000 copies to his friends, ending with the premonitory words "See you soon". Even today, the media still only quote the least controversial passage: "The danger for an art dealer who loves painting is to become a merchant, to lose all contact with what was originally his business: the love of art." Since reverence for authority remains well established, flashes of a more disturbing vision are unfortunately left out. Cordier denounced speculation, which crashed after adopting "the relentless pace of a sporting competition". He was alarmed by a crisis of confidence in the facile nature of contemporary art, the victim of "hasty execution" and "poverty of inspiration". "Nobody in France has collected art of their time since the 19th century," he said. "Foreigners, with their massive, regular purchases, have maintained a school which found collectors all over the world except in Paris." His ire particularly targeted "the ridiculousness of the official Salons and the irresponsible purchasing policy of the Museum of Modern Art: distressing examples of the confused values and indifference of its directors.”

Perceiving the shifts in the market, Cordier also feared the "decline of Paris as the uncontested capital of modern art." He thought it would soon be overtaken by New York, which might "become a predominant cultural center". In the United States he was impressed by a “smart tax policy” that "helped to enrich museums while allowing collectors to gleefully fulfill their passion." His prognosis seems even more to the point today, as he predicted that "perhaps the market is breaking up into centers all over the world, with none of them having any supremacy over the others."

Stirring things up
Cordier continued to work as a dealer and broker, participating in exhibitions and advising collectors, including the Pompidou family. The president's idea of creating a center focusing on modern and contemporary art arose in response to the shortcomings Cordier had crushingly brought to light. The former gallerist thus became a founding father of the Pompidou Centre. Sitting on the acquisition committees, where he liked to "stir things up", he began to propose transfers and donations. Between 1973 and 1989, a series of seven donations included 550 works. However, he wanted the collection to be on display, which proved impossible in Paris. After the creation of the Musée des Abattoirs in Toulouse in 2000, the idea came about, with backing from its first director, Alain Mousseigne, to deposit the collection there. In 2007 a second donation of several hundred tribal works and naturalia was confirmed, presented as a cabinet of curiosities, like Breton's "wall" in his office in Rue Fontaine. It included a total of 1,350 items, where paintings mingled with whalebones and Neolithic stones.

"The Abattoirs has devoted 21 exhibitions to him, two of which are underway," says Ms. Ténèze. In Cordier’s spirit, they mix together objects willy-nilly, without even labeling them. "I'm not at all a specialist," as he said. "I've always bought what I liked: sometimes the worst, sometimes the best."