This is the second time in less than a year that the Bern auction house set a record with one of its featured artists, followed by Käthe Kollwitz and Sophie Taeuber-Arp. 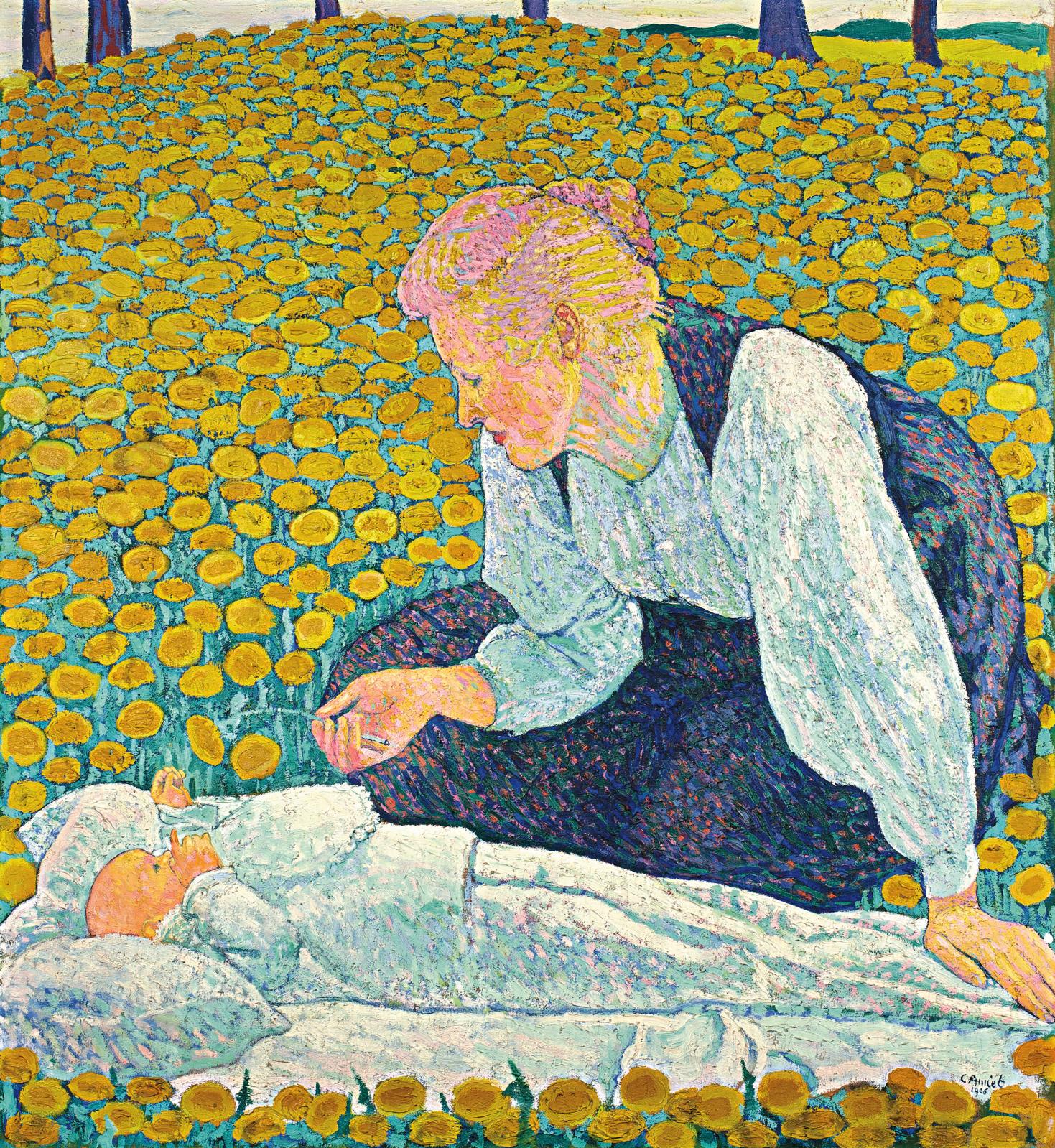 The June 17 sale began with five works by a key Swiss artist, Cuno Amiet. His name set the room abuzz from the outset: for the first lot, the portrait Otti, bidding quickly rose to CHF 360,000, six times more than its CHF-60,000 starting price—a fine result for a little boy who lived in the Spittel, the nickname for the Asyl Gottesgnad König poorhouse. The provenance is exceptional: the oil painting was in Oscar Miller’s famous Swiss collection. From 1894 to 1896, Amiet mostly painted portraits of his family and children in the Hellsau region. During this period, Otti sat for him several times, notably for Bettelknabe mit Brot, today in the Kunstmuseum Solothurn. The astonishingly modern work condenses his experiments with brushstrokes and the palette at Pont-Aven influenced by Gauguin and Van Gogh.

The surprise was Amiet’s second lot. Mère et enfant dans une prairie couverte de fleurs (Mother and Child in a Meadow Covered with Flowers) broke the artist’s record set at Kornfeld in 2021 with CHF 3.8 M. The influence during these years of Ferdinand Hodler and the Brücke Expressionists can be discerned. Other records fell during the sale. The highest price paid last year for a work by German artist Käthe Kollwitz—nearly CHF 900,000—was exceeded at the end of the auction by Pietà, a 1903 lithograph that sold for CHF 1.3 M. Sophie Taeuber-Arp’s Komposition mit Tänzern (Composition with Dancers) fetched CHF 244,000, a record for a work on paper. The 1927 gouache holds seventh place in Artnet’s rankings of the artist. Lastly, all the works in the Marc Chagall, Forty Paintings catalog found buyers for between CHF 90,000 and 530,000.