The Paris galleries now transitioning out of lockdown are questioning their future and the consequences of the health crisis. 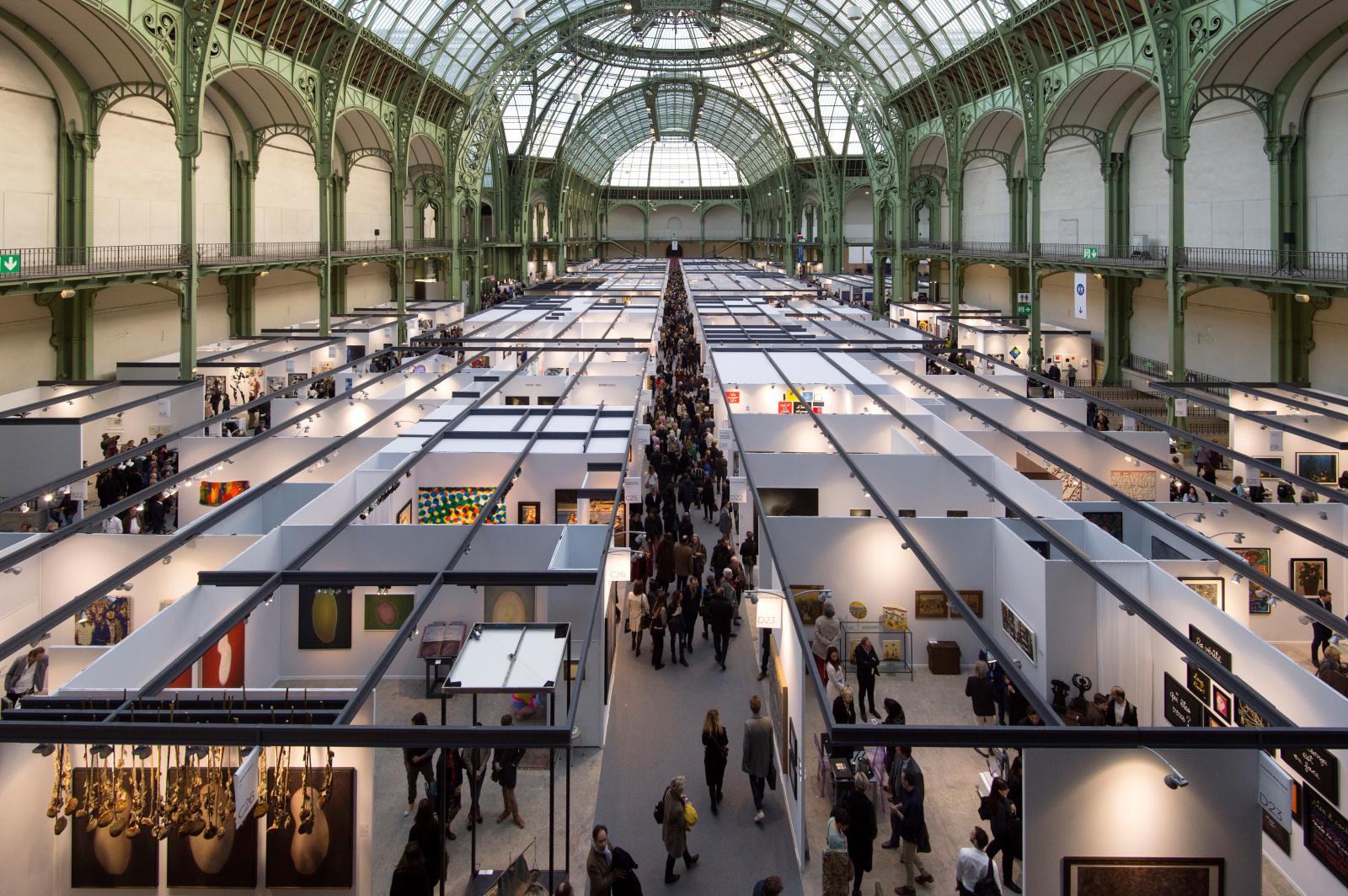 Event under the glass roof of the Grand Palais during Art Paris in 2019.
© ART PARIS ART FAIR

Event under the glass roof of the Grand Palais during Art Paris in 2019.
© ART PARIS ART FAIR

Impatiently awaiting the emergence from lockdown, they began opening one by one on May 11. Naturally, French gallery owners are anxious. "Artworks are the first things people stop buying in a crisis," says Marion Papillon, President of the CPGA (professional art gallery committee). Dealers are just as eager to get going again. In early July, some fifty of them will participate in the four-day 7th edition of the Paris Gallery Weekend. Meanwhile, gallery owners in the Marais—the capital's "arty" district—will be staying open on Sunday, May 24, and June 14: the occasion to launch an app enabling collectors to make appointments directly on their smartphones. Some are also considering shortening or even giving up their summer holidays. Because it's an emergency.

Maximum alert
The CPGA has sounded the alarm. According to a survey carried out with its 279 members, a third of French galleries could close. After all, they are not all multinational galleries on the scale of a Gagosian or a Perrotin. "85% have fewer than five employees," says Marion Papillon, "and more than half of them declare a monthly sales volume of less than €41,600". As for the pandemic, it has affected the entire profession: in March and April, the closure of spaces, combined with the postponement or cancellation of fairs, led to a 75 to 100% drop in turnover compared to the year 2019. But business will only be able to start up again gradually while running costs have resumed. Hence the necessity, Marion Papillon believes, of devising "a recovery plan going beyond the emergency measures rolled out during lockdown”. The committee is calling for an increase of acquisition budgets, the reactivation of the procedure whereby 1% of public authorities' budgets are allocated to artwork commissions and the development of tax benefits for collectors and companies. However, the sector feels somewhat abandoned for the time being in the absence of any real political commitment, says Olivia Breleur, a member of the committee and director of the Maëlle Gallery. The extensive programme of public commissions cited by Emmanuel Macron would be an excellent idea if it is not restricted to young artists, as announced.
The new autumn season, overshadowed by doubt, is a pressing concern. Fairs are the big question. Will it be possible to stage them? And if they are authorised, will foreigners make the trip? Nothing is less certain. "In principle," says Nathalie Obadia, "I should be participating in six fairs between now and December: Art Basel, now shifted to September; Frieze London, FIAC, Paris Photo, the Shanghai Fair and Art Basel Miami. But even if they take place, I won't do all of them. I'll go for the closest." As well as the dilemma of choice, there is the fear of cancellation. Art Paris, the first fair registered in France, has made its exhibitors very unhappy with its refund procedures, as the organiser has only offered to return 50% of their down payments. From now on, caution is the watchword. "I won't participate in a fair that doesn't provide guarantees in advance," says Jocelyn Wolff.

What COVID-19 will change
The general feeling is that the pandemic will have a long-term effect on the art world, and some fairs will disappear. In any case, for several years now, various dealers and collectors have been complaining of "fair fatigue". "It was ridiculous to go to Hong Kong or Miami just to see the same works and the same collectors, especially when environmental issues are so crucial," says Stéphane Corréard, founder of the "Galeristes" Paris fair. The problem is that dealers often make half their turnover at these fairs. But "the cost of participating is so high that fairs are not necessarily worthwhile," says François Ceysson. It's clear that the system needs to change profoundly. "We will attend fewer fairs, and this will mean less income but less expenditure, too," says RX gallery director Éric Dereumaux, who also hopes that the crisis will bring galleries back to centre stage. The lockdown has accelerated the conversion to digital technology, as well. Art Basel Hong Kong and Frieze New York have shifted to a virtual mode in turn—a path that will eventually be taken by Art Paris from May 27 to 31. And during the lockdown, several dealers put "viewing rooms" online to maintain the connection with collectors. Others have done so via digital platforms, like Artsy and Artsper. The powerful American gallery David Zwirner has been developing these tools since 2017. Last April, the gallery even lent a helping hand to less prominent colleagues in New York, London and Los Angeles, hosting them for free on its site, and will include eight galleries in Paris and Brussels from May 22. In any case, Daniel Templon remains optimistic despite the circumstances. "I lived through the previous crises," he says. "The ones in 1974 and 1991 were really tough. We sold nothing for months on end. The current situation is different. Of course, for a year or two we won't be making the same turnover as we did in 2019. However, the market is so globalised that deep down it's robust." A word to the wise.

Print the article
Newsfeed
See all news
Due to the summer holidays there will be a pause in the newsfeed. We will be back Monday, August 24th. Have a wonderful summer vacation!
Met Museum in New York acquires Wangechi Mutu sculptures
US House of Representatives vote to create a national museum dedicated to Latin Americans
Church volunteer confesses to starting the Nantes Cathedral fire
Not to be missed
Market Trends
The Louvre embroiled in controversy over acquisition
The museum is under fire for buying, at a high price, drawings "attributed…
Market Trends
Covid-19, the moment the art world was forced to go …
The COVID-19 pandemic acutely impacted art galleries traditionally…
Market Trends
Trafficking: fake UNESCO certificate alert
Market Trends
A new hurdle for the antiques market in New York
States have the right to act in preventing the sale of an object…