Codognato: In Death, As in Life!

The latest jewellery at the Hôtel Drouot in Paris is a pair of ghostly pendant earrings, given a touch of the screaming habdabs by the presence of… 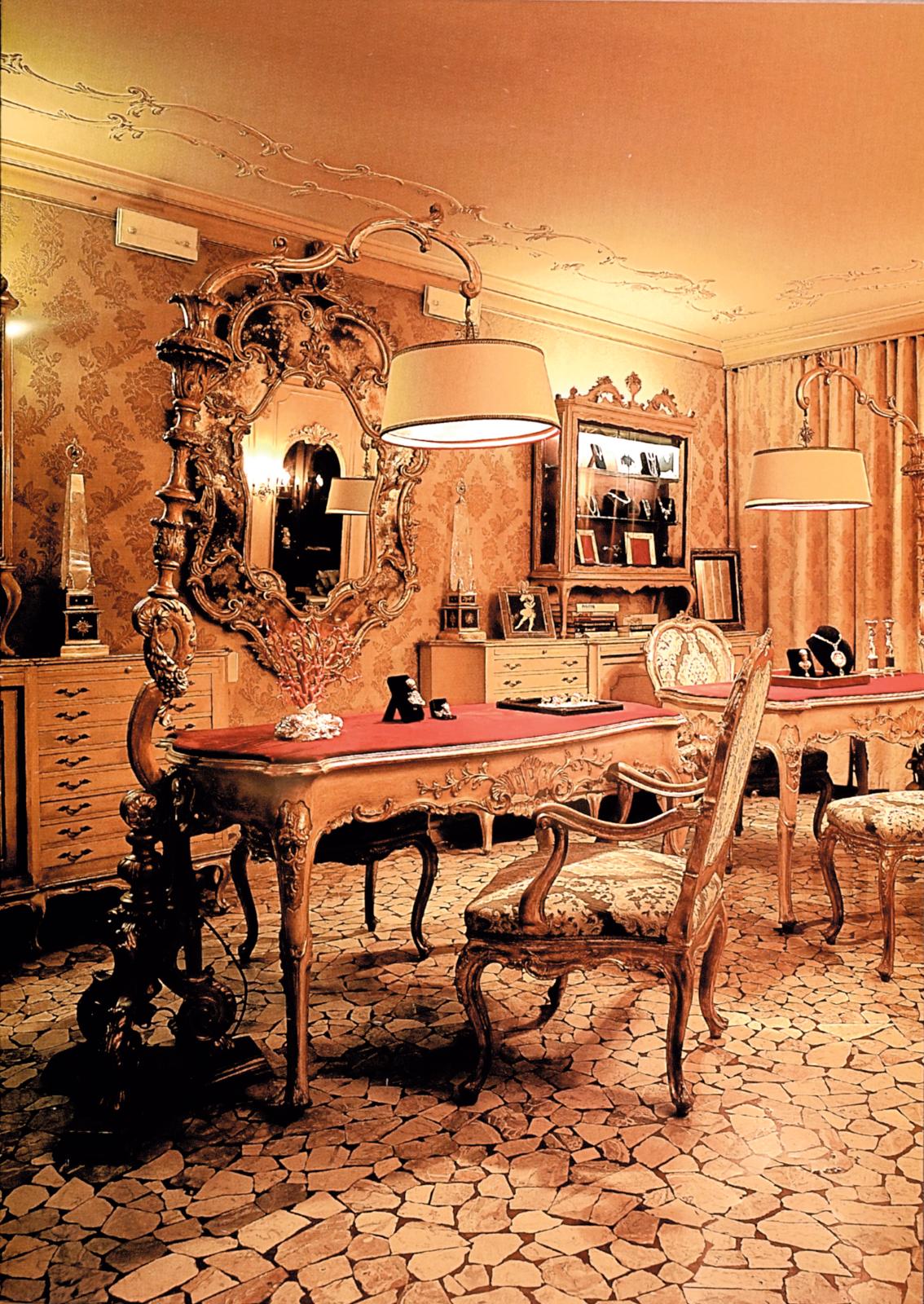 The latest jewellery at the Hôtel Drouot in Paris is a pair of ghostly pendant earrings, given a touch of the screaming habdabs by the presence of a skull and spider. This brilliant, spectral, unique piece fetched €20,000 in 2010 – and there's been virtually nothing since! It's true that Codognato's death-defying jewellery is not to everyone's taste: too macabre, too mannerist, too decadent…Sensitive souls, beware! Moreover, the company refrains from advertising, letting novelists do the job. Ernest Hemingway and French art historian Maurice Rheims have taken turns to burnish the legend of this fantastical merchant of vanitas, whose favours are mysteriously shared between a handful of devotees including great scholars and cosmopolitan women – perhaps because it is the last survivor of a golden age, libertine and ethereal, as sensual as it was morbid.

In the Etruscan Style
A Venetian institution referenced in the trendiest guides of the day, Codognato fosters a strong spirit of "keeping it in the family." To date, four generations have run the store since it opened in 1866 on Calle Seconda dell’Ascension, at the corner of Saint Mark's square. The shop was small at the time – four by six metres– and has remained so. Lilliputian proportions for the ingenious caravanserai created by Simeone (1822-1897), a doyen of history. He accumulated paintings and antiques until the day he discovered the Etruscan jewellery unearthed in Tuscan digs during the 19th century. From the grave, this great civilisation that disappeared in the first century BC revealed a spectacular cache of jewellery. Its extraordinarily refined craftsmanship influenced three of Italy's greatest jewellers of the day: Castellani in Rome, Giuliano in Naples and Codognato in Venice. With intaglios, fibulas and cameos, the full force of the post-antique style and its procession of Doric columns, imperial portraits and laurel wreaths swept through the transalpine gold and silver work of the time, galvanised by now-revived ancestral techniques using yellow gold, filigree and granulation. Simeone Codognato transposed, stylised, reinterpreted and dramatised his pieces in an alchemy redolent of Venice and the tangible legacy of Giacomo Casanova: a city haunted with subterranean loggias and, of course, the occult, which the entire family revered in their very bones.

“Frivolity and a Symbol of Impermanence”
In these circumstances, it was natural for Attilio Codognato (1867-1928), the second of that name, to begin his career as a silversmith with an initial act that linked him in turn with the city: the creation of a silver altar tabernacle for Saint Mark's Basilica. Possessed with prodigious skills, he specialised in the sale of jewellery and designed the famous Moretti brooches with Carlo Canal, Canaletto's great-grandson. Directly inspired by Shakespeare's play “Othello,” these works feature African busts carved in ebony, turbaned rastas with pierced lobes and breastplates inflated with jewelled helium, set with diamonds and hardstones, most often coral. A nod to the Orient, whose imaginative world was enhanced by Codognato with a hint of irony and eccentricity. The Codognato hallmark lays in this Venetian sardonicism, which invites Death to the celebration, with the skull and crossbones leading the dance. Faithful to the Seicento, Mario Codognato (1901-1949), the third in the family, revived the art of the grotesque: that entertaining play on appearances in whose name he boldly created weird and excessive rings, memento mori items (“a reminder of mortality”) and splendid enamelled skull heads sporting crowns or laurel wreaths. With darkened silver, yellow gold and eye sockets set with diamonds, all the artifices of horror were summoned. He did the same with his bestiary: a twilight carnival of articulated snakes, toads and rats. Amazingly enough, during the 1930s people came from all over Europe in search of this creepy jewellery (poles apart from the sort fashionable in Europe's capitals), including Diaghilev, Jean Cocteau and Jean Marais, the dancer Serge Lifar and the great Coco Chanel. Bourgeois puritanism went out of the window. Here you could buy a ring with an ivory coffin that opened with a flick of the wrist, revealing a skeleton complete with "boner," no doubt shaping up for "la petite mort"… Likewise, figurative medallions were engraved with a girl accepting a young man's invitation to dance. But that was just for show! When you opened them, quite another scene greeted the eye: the girl dancing naked with Death.

Eternal Groupies
Few people resisted the magnetic attraction of Codognato, inseparable from that of Venice, and an essential stop-off for anyone wanting to join the inner circle. A venue with a limited clientele, frequented by the famous Greek ship-owner Aristotle Onassis, who bought Moretti for Jackie Kennedy, and the actor Richard Burton, on his honeymoon at the Gritti Palace, who chose a snake bracelet for Elizabeth Taylor. In the 1950s, the shop passed into the hands of Attilio Codognato (b. 1938). And what hands! This craftsman of genius was obsessed by the unseen side of things – those hidden parts neglected by jewellers. In contrast, he worked their bodies intricately, stamping them with alchemical symbols, producing complex miniatures bursting with mobile parts and tiny hiding places, with boxes and drawers revealing precious stones or engravings. Every piece was unique, most notably the use of the extremely rare "samorodok" technique: a method of working with gold inspired by Fabergé, that gives the metal a special textured effect, like the imprint of the wind in the desert, where it is impossible to reproduce the same movement, the same fold, the same surface. With two-headed cameos, trepanned skulls, corpus christi, Adam-and-Eves, virgins and skeletons, Codognato breathes a tragic or profane dimension into the ornament. The artistic underground went for it body and soul, Warhol leading the way. An addiction shared by the great Italian film director Luchino Visconti, who visited the shop regularly during the shooting of "Death in Venice," seeking out its finest pieces. Attilio would say: "But Luchino, you bought all my best pieces yesterday!" But it is too reductive to see Codognato only in terms of his bizarre, dramatic side; it has always been tempered by a mischievous wit. Magritte truly understood what he was all about, asking him to affix a tiny bowler hat to one of his vanitases. This is now one of the company's great classics. Not for the faint-hearted!

1866
Founding of the Codognato company by Simeone (1822-1897). Venice was under Austro-Hungarian occupation at the time.

1910
Creation by Attilio Codognato (1867-1928) of a silver altar tabernacle for the Basilica of Saint Mark.

1950
Publication of Ernest Hemingway's book “Across the River and into the Trees”, which features a scene in front of the store.