This clock made in China in the 18th century to please the Qianlong emperor not only gives the time—it comes alive from top to bottom to pay tribute to the sovereign. 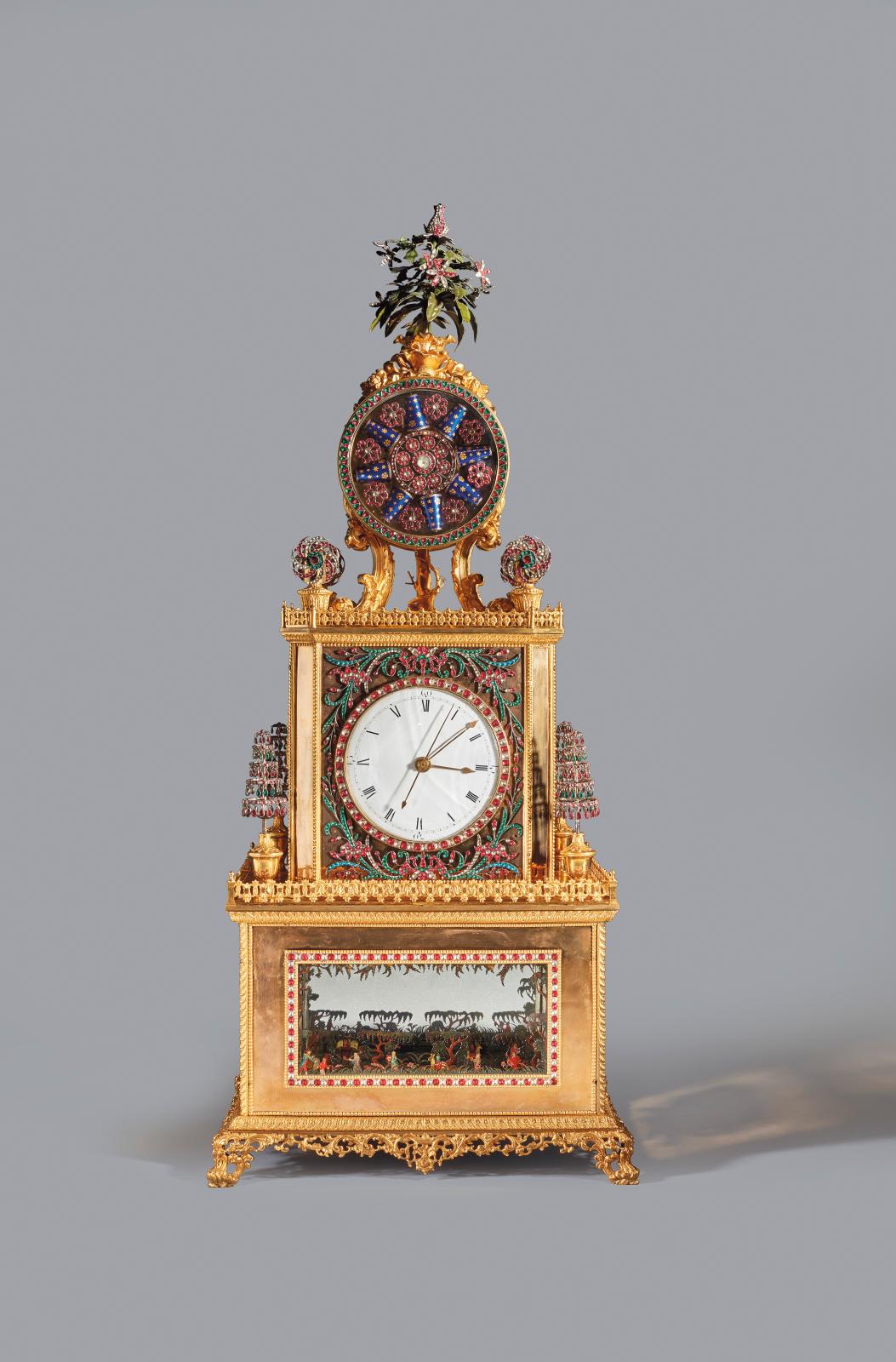 On May 27, 2008, in Hong Kong: Christie’s dispersed a beautiful collection of fifteen late eighteenth-century Chinese automaton clocks from the collections of the Nezu Museum in Tokyo. Clocks that belonged to different imperial dynasties and emperors, all fascinated by the clockwork mechanisms of these clocks that adorned many rooms of the Forbidden City palace in Beijing. And from these fifteen objects, the session auctioned this rare and important imperial automaton clock in bronze, from the Qianlong era. One piece fetched the equivalent of €3.5 million. It became a decoration in a collector’s home, and the art market lost track of it until today. It has an estimated range of €800,000 to €1.2 million. “A conservative estimate, since the auctioning of this clock is part of a seizure and sale, where specific legal fees of 14.28% are required,” said Olivier Valmier, a new partner at the Aponem auction house.

The latter, together with auctioneer Tristan Favreau, came face-to-face with the automaton clock, stored in the bottom of a crate, during an inventory in Val-d'Oise carried out at the request of the Agence de gestion et de recouvrement des avoirs saisis et confisqués (AGRASC—Agency for the Management and Recovery of Seized and Confiscated Assets). “An extraordinary object that, in addition to its visual beauty with enamel and gilded bronze, plays three melodies using bells that start when the automaton comes to life. A rare and moving testimony to the music that likely resonated in the many rooms of the Forbidden City,” added the auctioneer. And music is far from being the only mechanical refinement of this clock. Every hour, the automaton turns on. In the lower part, with a mirror background, tribute bearers come alive, accompanied by elephants and horses. Then, the characters enter and leave a European-style house placed on either side. The four trees that frame the dial spin around, as do the Catherine wheels emerging from the gilded bronze pots, the tallest flowering tree and the central cylinder. It’s a kinetic festival: eight enameled cylinders spin around clockwise, alternating with Catherine wheels with six spokes, also moving. Imagine these sparkling animations in the dark hall of a palace and finding the magic created by this type of clock…

A Chinese Seal, Treasure of Emperor Qianlong
Newsfeed
See all news
We Are on Break for Our Annual Summer Hiatus - Back in August! Happy Summer
A Michelin Star for the Museum of Modern Art in Fontevraud
World Record for the French-Danish Painter Gerda Wegener
Canadian Indigenous Groups Ask Vatican to Return Cultural Artifacts
Not to be missed
Spotlight