A chatelaine is a handy object made of finely worked gold wire, relying on its beauty to appeal. 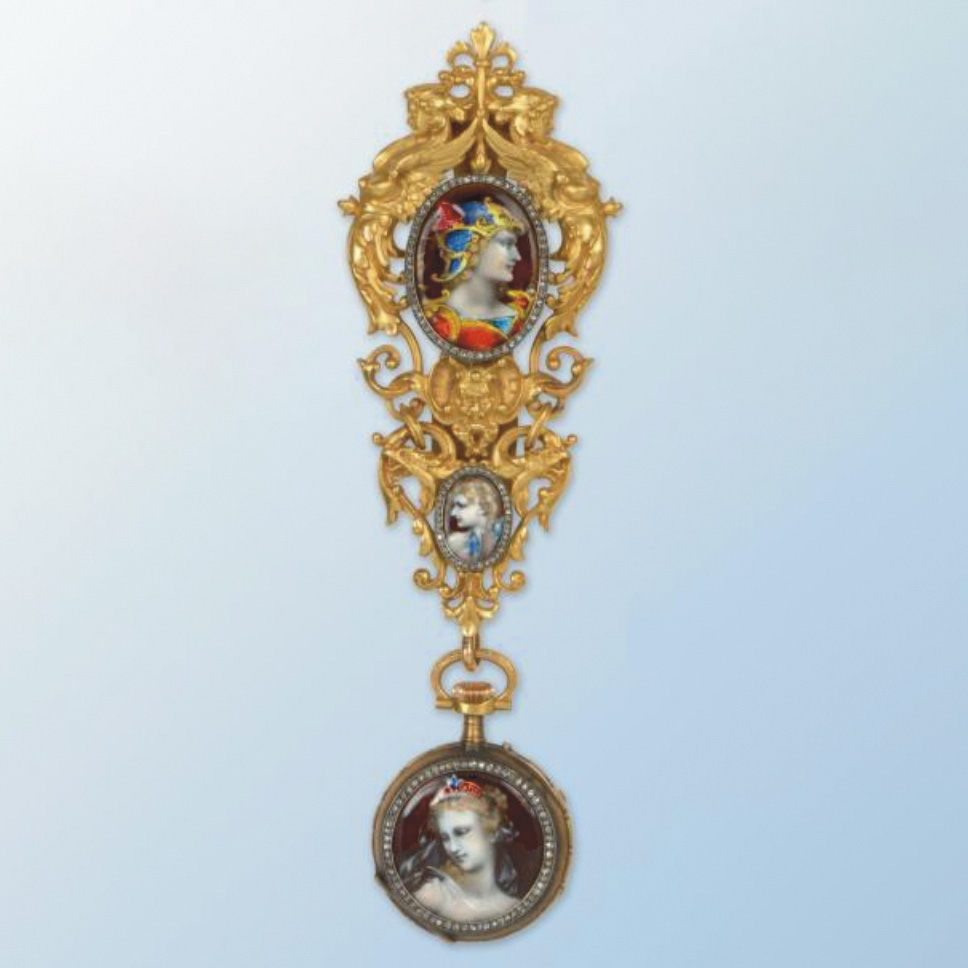 A chatelaine is an accessory worn at the waist, hanging from the belt. It became popular during the 18th century, but appeared much earlier, in the 14th-century. Its ancestors were the clavandier and the troussoir, large key rings. Fashionable women were crazy for the chatelaine and it soon became a highly aesthetic, refined piece of jewelry based on an unchanging code: a large clasp or hook decorated with stones, miniatures or enamel holding several chains, each mounted with various accessories—seals, scissors, smelling salts, keys, thimbles (all essential objects to have on hand at all times) and, almost always, a pocket watch. It continued to be fashionable throughout the 19th century, though declining during the Empire, and finally died out by the end of the Belle Époque.

A kind of Swiss Army knife for women, it was both an esthetic piece of jewelry and a handy kit.