Château of Chambord: A Wartime Shelter

The Château de Chambord is opening the first permanent exhibition on the history of the national collections between 1939 and 1945. More than just an overview of current research, this encourages reflection on the role of museums now and in the past. 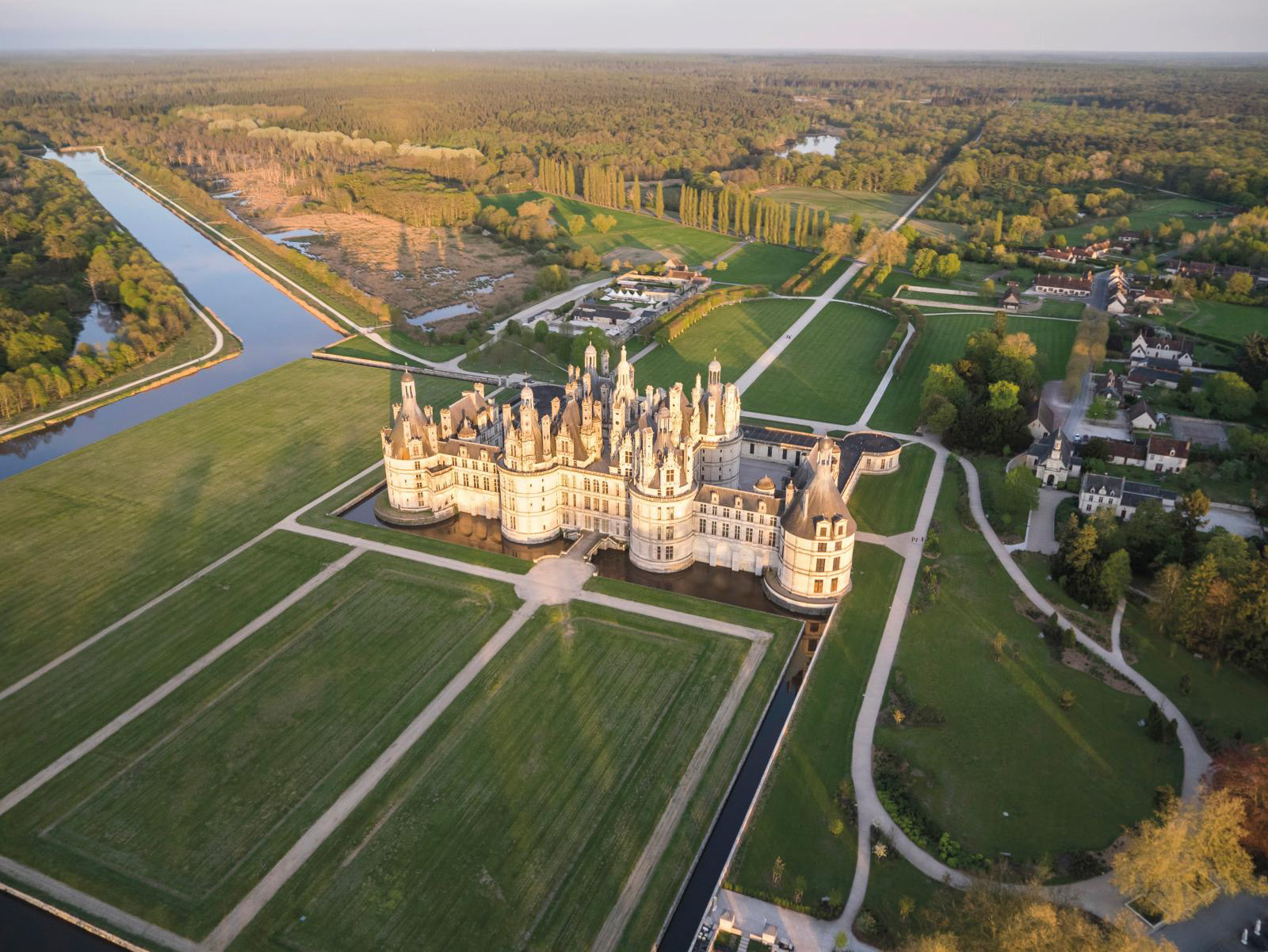 The story starts like a novel: "During those feverish days, it was endless, agonizing improvisation. [...] "Do your best, and Godspeed!" That was all I was told when I left for Chambord. [...] Albert Henraux [president of the Louvre's Society of Friends from 1932 to 1953—Ed.] landed like a bomb at 10 p.m., in full battle gear. I didn't know what he had brought me till I had listened to a barrage of invectives against Hitler, 'that Satan', and Mussolini, 'that pig'. "Here you are, old chap, here's what I'm bringing you." I was utterly dumbstruck. It was impossible! In a small van, standing unprotected in the chateau courtyard, were the Mona Lisa, Embarkation for Cythera, and the treasures of the Apollo Gallery, which should never have been moved except with infinite precautions under police guard."

This spirited narrative comes from Pierre Schommer, administrative secretary of the Réunion des Musées Nationaux, who became the linchpin of a little-known aspect of the history of the national collections during World War II. Alerted by the purging of so-called "degenerate" art in German museums, and alarmed by the prospect of air raids, Jacques Jaujard, head of the Louvre, had already hatched a plan in 1932 to evacuate the national collections to the châteaux of the Val-de-Loire. Despite Pierre Schommer's anxiety that Chambord, the "Château des Quatre Vents" (i.e. open to the four winds), was hardly suitable to house the nation's treasures, a string of convoys that emptied the entire Louvre (apart from copies and casts) and a few other national museums moved into action a week before war was declared on September 3, 1939. Over four months, 5,446 crates left Paris. Their first destination was spacious Chambord, ideally located in the west a long way from the enemy and any strategic locations. But though intended only as a sorting station before smaller, more unobtrusive locations were found, the monument became a depot, for the German advance sealed its fate. Chambord, like most of the first 11 depots (Valençay, Brissac, Louvigny, Cheverny, etc.), found itself in the occupied zone. Now, this little-known, fragmented history is gradually coming to light.

Reverse Decentralization
While Valençay devoted the summer to the subject with a temporary exhibition, Chambord inaugurated three new rooms dedicated to it on the ground floor. "The exhibition route omitted parts of the 20th century. We needed to continue the story of the château to include recent history and make it part of the greater narrative," says Alexandra Fleury, the curator who supervised the layout of these new spaces. This history has occupied the researcher for a decade, and her collaboration with Louvre curator Guillaume Fonkenell led to the initial treatment of the subject in 2010, with an exhibition. "It all started in 2007," she says. "We knew that works had come here, but we had no photographs until the family of one of the custodians at the time gave us their grandfather's photograph collection—the "Dreux" collection. Our predecessors weren't curious about this history and even minimized Chambord's role in this phase. However, I discovered some extremely rich archives and almost daily correspondence between Pierre Schommer and Jacques Jaujard."

In addition to the gradual expansion of knowledge regarding this period, the development of museums over the past decade has smoothed the way for the project. "The progress made in terms of reparation to plundered Jewish families enables a less emotional approach to museums in this period," says the curator. In addition to an interest in the provenance and peregrinations of works, there is also an awareness of how heritage was protected in the context of armed conflict. After overseeing the practice of safe havens in the "CAP" law of 2016, France needed to examine its own practices in this area. It is significant that this exhibition comes at a moment when cultural decentralization has reached maturity. After the intensification of operations designed to circulate national collections in the territories, a reminder that regional monuments saved this heritage will certainly aid the movement.

A Film Set
However, lacking resources, Alexandra Fleury had to wait to put this history to good use. A godsend arrived in the summer of 2020. The director Mona Achache asked if she could shoot her next film at the Château: a fictionalized account of these transfers of works which—in the story—enabled Jewish children to be hidden. This provided an opportunity to recuperate the crates used in the film, and even a fake Mona Lisa based on photographic archives, which were about to be destroyed. One of the difficulties of this challenge is how to talk about a chapter in history where the actual evidence has returned to its original museum. Now the three rooms conjure up an atmosphere of the past, thanks to all the crates and room notices scattered on the floor as though in a moment of transit, as well as projections of period photographs. Far from being a mere description of administrative transfers, the exhibition route reflects a multitude of approaches and provides a vivid picture of the period, from the Nazi cultural policy to the resistance in the Sologne maquis.

Unanswered Questions
The method and flawless organization of an administration capable of carrying out an operation of this kind without losses, despite some intense and surprising media coverage of a secret operation, are also quietly evoked. This is not the only ambiguity the exhibition labors to explain. Throughout the war, the depot's activity was intense, far from being a treasure whose protection imposed absolute discretion. Requests for loans poured in, as did return trips to Paris for restoration work. Another surprising image is of a German soldier stationed at the Château. Placed undercover to escape the Nazis and their greed for art, the works were given over to their custody in July 1940.

This clever maneuver proposed by Jacques Jaujard, under pressure from the Third Reich to provide a list of the works and their location, probably helped to prevent the worst. Although he was unable to avoid the removal in 1941 of 16 crates of so-called "Israelite" collections from Chambord, which had been entrusted to the national museums, he succeeded in keeping the national collections intact, gaining time in the face of proposals to "exchange" French works for various German collections. Under these conditions, why were the works not repatriated to Paris, when the threat of bombing was fading and the cultural life of the capital was in full swing as from 1941? Closed until 1947 for want of its collections, the Louvre was forced to bring out casts and second-rate works from its reserves for the Germans to visit exclusively. In addition to the prudence befitting a curator in these troubled times, we can also see distinct defiance from Jacques Jaujard, a Resistance fighter whose ultimate power was to deny the Germans France's heritage and deprive them of strutting before the masterpieces of the world's finest museum.

Missed Opportunities at the Louvre
Newsfeed
See all news
We Are on Break for Our Annual Summer Hiatus - Back in August! Happy Summer
A Michelin Star for the Museum of Modern Art in Fontevraud
World Record for the French-Danish Painter Gerda Wegener
Canadian Indigenous Groups Ask Vatican to Return Cultural Artifacts
Not to be missed
Cultural Heritage