Part of the furniture and artworks that adorned this ancestral home—one of Burgundy's most visited and famous castles—was sold on Sunday, October 10, much to the displeasure of the region's inhabitants, who have nevertheless managed to preserve some gems for themselves… 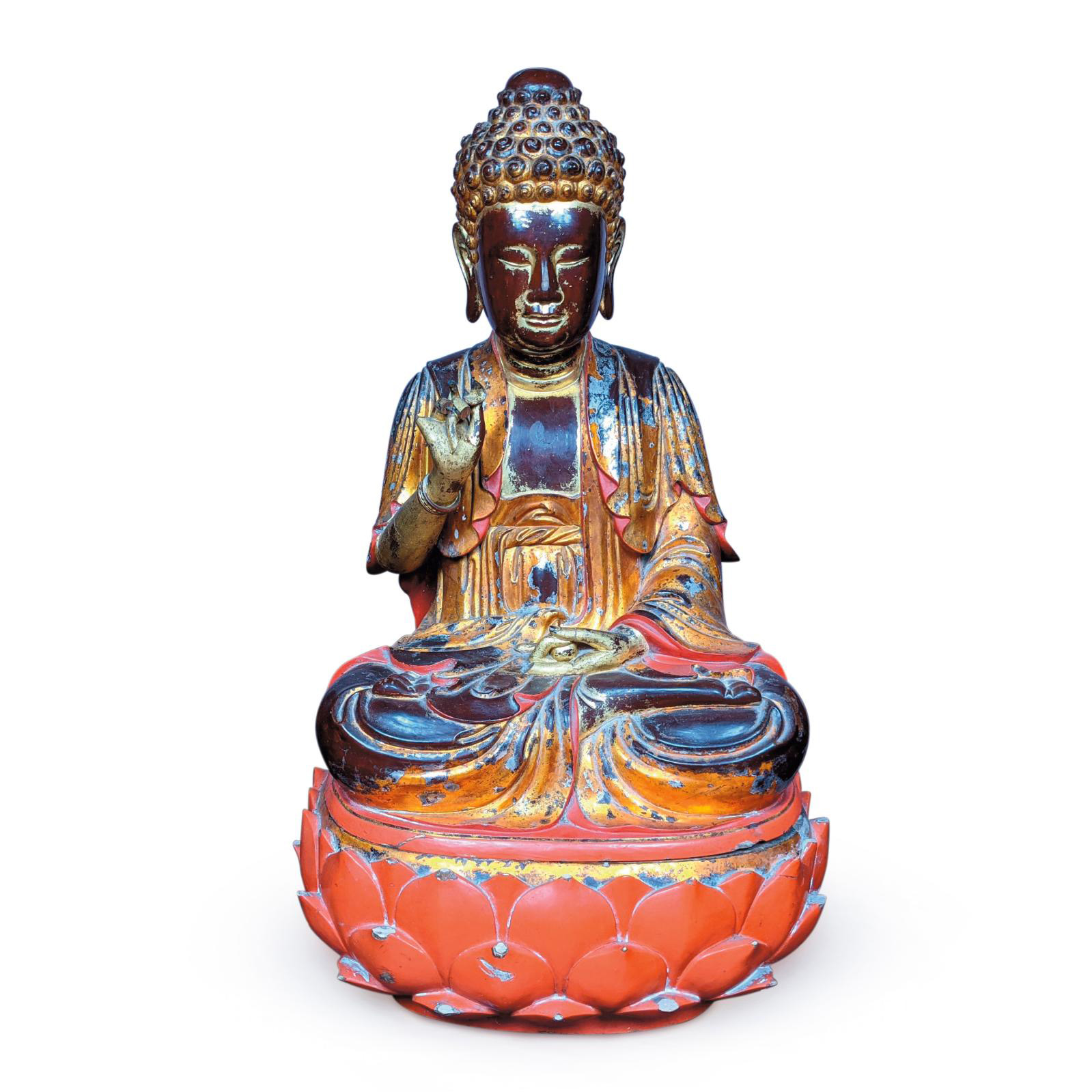 Each room was furnished with artifacts collected by the long-time owners of the chateau, the descendants of French President Sadi Carnot (who was assassinated in 1894). Thus, a Buddha in carved wood, lacquered and gilded, sitting in a lotus position on a lotiform base, which once dominated the Chinese room, sold for €59,425 to a local Burgundian. Apparently, it had been gifted to Sadi Carnot by Tseu-Hi, the last empress of China.

Another item from Asia was a “kabuto”, or samurai helmet, which was knocked down for €15,427. In the abundant Haute Époque (Late Middle Ages) portion of the sale, a Portrait of Charles the Bold, Duke of Burgundy, Adorned with the Golden Fleece (38 x 28 in / 97 x 70 cm), a French-school panel in an XVIth-century style, which went for €7,542 stood out among the rest. As for the Vierge à l'Enfant (Virgin and Child), a carved and polychrome stone statue, executed in the XV-XVIth century (h. 65 in), it was bought before the auction by a group from Nolay—who had organized a kitty—and will now be moved to the town's church.

The decorative arts were widely represented by a series of neo-Gothic pieces created during the renovation of the chateau at the end of the XIXth century. Among them, two remarkable oil lamps (h. 63 in / 160 cm, diam. 35.5 in / 90 cm), in the form of a crown, made from wrought iron, metal sheet and brass, decorated with the motto “A la belle tant ele vaut” of the Pot family, the local lords in the XVth century. These were among the few objects to have been classified as Historic Monuments (on July 18, 2013), and thus were sold for €5,371 and €9,256 respectively. The French State, via the Ministry of Culture, exercised a preemption right on two plaster subjects and two plaster lamp bases by the Dijon-born artist Xavier Schanosky, also protected as Historic Monuments. Finally, we mention that the painting by Édouard Darviot Les cuisines des hospices de Beaune (The Kitchens of the Hospices de Beaune, 25.5 x 31.5 in / 65 x 80 cm)—which was sold for €3,085—will be donated by its buyer to the administration of the venerable Beaune monument.

The Coigny Château: From the Franquetots to the Talleyrands
Not to be missed
Lots sold