The former dealer and collector goes against the flow. While most others accumulate, he is thinking of trimming his collection down to fewer than 100 key pieces. 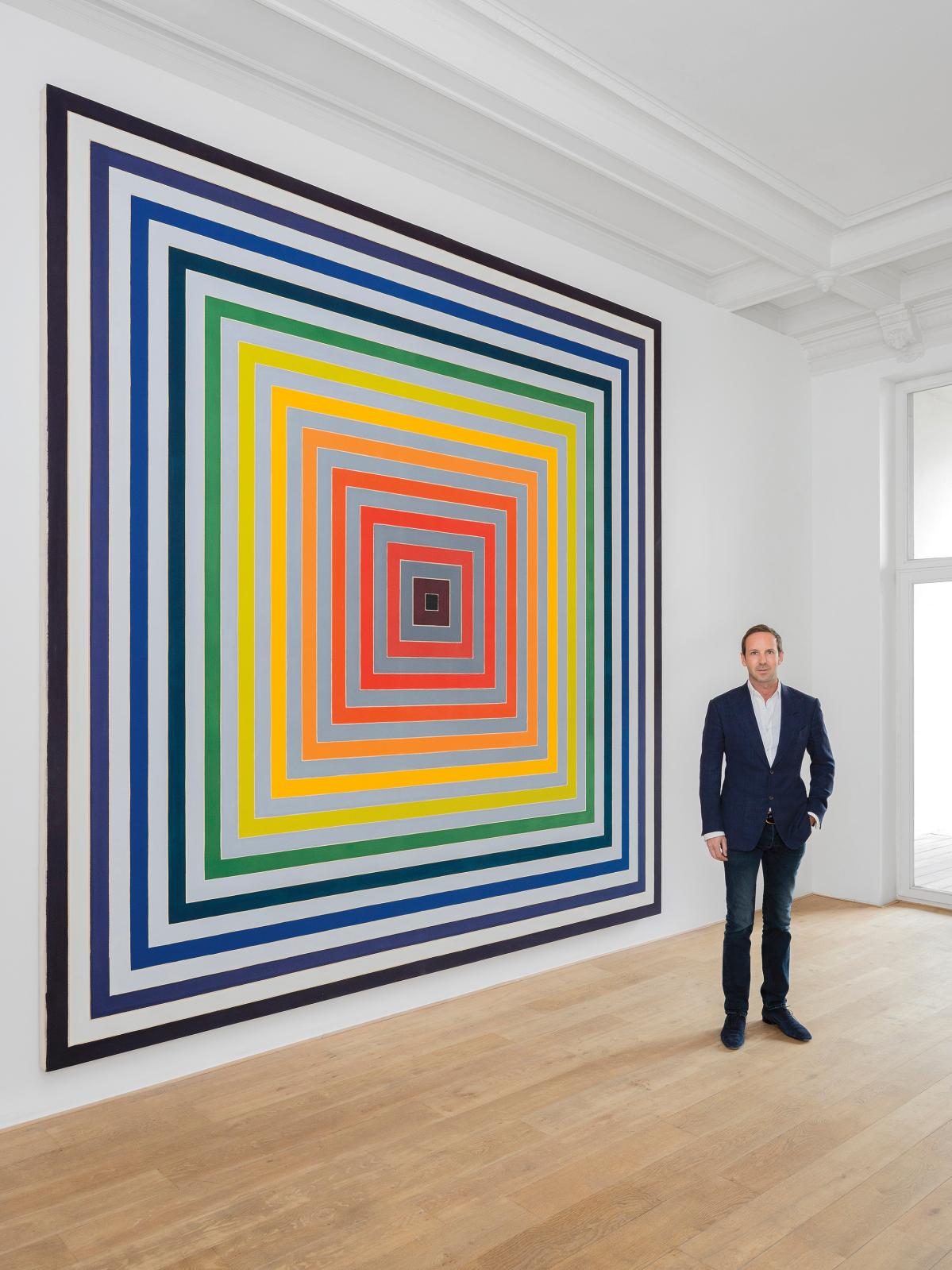 Charles Riva’s interest in small paintings – the basis of the latest show in his Brussels space – is undoubtedly a sign of changing tastes for the great Franco-Italian collector, who has lived in New York since he was 19. By the age of 12, comic books and Pop Art had already introduced young Charles to the "mythology" of the American dream. It has never left him. He still promotes this vision through the "Sutton Lane" brand, which opened in the early 2000s in London, Paris, and, later, Brussels, where he exhibited his own collection in 2009. Six years later he opened a second space, Riva Project, which focuses on sculpture. But Mr. Riva dreams of a more malleable collection without delusions of grandeur.

Is it easy living in New York when most of your collection is in Brussels?
I still have a few pieces at home and in my New York office. New York remains an amazing contemporary art hub—the biggest in the world. I travel a lot on business, especially to London [editor’s note: he and his partner Olyvia Kwok manage an investment fund for collectors in New York, London and Hong Kong]. I'm afraid that because of Brexit, London might lose its second place on the art market, probably to Hong Kong. Over 90% of what I show from my collection in Europe is American. I settled on Brussels because it’s got a vibrant art scene and many people passing through it, giving it quite an international dimension. Moreover, real estate isn’t too expensive there. You can live in the centre of Brussels for a tenth of what it would cost on the outskirts of Paris.

Some observers think the Paris art market may have benefitted from Brexit, but you don’t.
Big galleries, like David Zwirner and White Cube, have recently opened branches in Paris. That’s all very well and good, but I think the French have a deeply anti-capitalist mindset. In France, everything takes forever. There’s a lot of red tape. But people in the English-speaking world practice what they call the art of the deal. Things get done easier and quicker. What’s more, French collectors, except for some big ones like Pinault or Arnault, collect furniture as well as paintings. Their collections are very eclectic.

Last year the Charles Riva Collection celebrated the 10th anniversary of its move to Brussels. Are you satisfied with the attendance figures there?
It’s open by appointment and, more broadly, during the Art Brussels fair, when we have 800 to 900 and admissions. The rest of the time, attendance hovers around 400 monthly visitors, or roughly 5,000 a year—about as many as at a French provincial museum. But we receive visits from large art institutions, including the Norton Museum in West Palm Beach, the Brera Picture Gallery in Milan or the Museum of Contemporary Art in Cologne, and groups of collectors limited to about 30 people. This leads to very interesting encounters and exchanges. The space allows me to carry out a real cultural development programme and offer a richer, more complete experience of my collection.

"Nowadays you’re better off buying in an auction room, where the commission doesn’t top 25%, than at a gallery, which skims off almost twice as much."

Are you often asked to loan works?
It happens on a fairly regular basis but I agree less and less because it requires a lot of precautions, especially for works from the 1960s and 1970s. Of course, if MoMA called me tomorrow, I’d say yes without blinking an eye, but on the whole it depends on the project and its coherence.

What’s happening with Riva Project, your second Brussels space, which is dedicated to sculpture?
It's been on hold since "Animals V2", a 2018 show based on the depiction of animals in contemporary art featuring works by Martin Creed, Paul McCarthy, Jeff Koons and others. The space is big enough to show larger pieces, depending on the project. We’re currently working on a new programme based on the representation of the body, from Ancient Greece to Saruyama’s robots.

How has your collection changed since your first acquisition, a work by Roy Lichtenstein?
Over time, it’s naturally shifted towards more historical pieces, even though the costs are higher, to the detriment of younger artists who, moreover, may have been overvalued at one time. My most recent acquisitions include Richard Serra and Calder, for example, as sculpture now makes up almost a third of my collection. I’m no longer a gallery owner but I’m still a collector who resells, which is unusual and rubs dealers the wrong way. But nowadays you’re better off buying in an auction room, where the commission doesn’t top 25%, than at a gallery, which skims off almost twice as much.

How do you picture the Charles Riva Collection in 10 years?
I don’t think that far ahead. I’ve already been in Brussels for almost 12 years and one day I'll probably need a change of scenery, a sunnier place. The collection may also end up having fewer pieces, perhaps just 80, but they’ll be more important. It’ll be easier to manage and let me cut my storage and shipping costs. In recent years, contemporary artists have had delusions of grandeur, creating increasingly large paintings, sculptures and installations. These pieces take up so much room that collectors can no longer really enjoy them as a whole.

Vanessa Guo moves to Paris to open the Marguo gallery
Newsfeed
See all news
Frieze New York is Coming Back in May
Museums Permitted to Reopen in Six Italian Regions
A Mysterious Tanguy Work is Up for Auction
Stunning Discoveries in Saqqara
Not to be missed
Interviews
Led by Jean Paul Gaultier, Fashion Backs Sidaction
Jean Paul Gaultier is the artistic director of an auction to benefit…
Interviews
Alexandre Giquello and Brice Pescheteau Badin: Drouot…
Alexandre Giquello and Brice Pescheteau Badin, president and director…
Interviews
Alain Servais and His Collection: A "Platonic" Relat…
The Belgian banker has been collecting art for art’s sake since…
Interviews
Hollywood Arensberg: Avant-Garde Collecting in Midcentury…
We spoke with Mark Nelson, William H. Sherman, and Ellen Hoobler,…