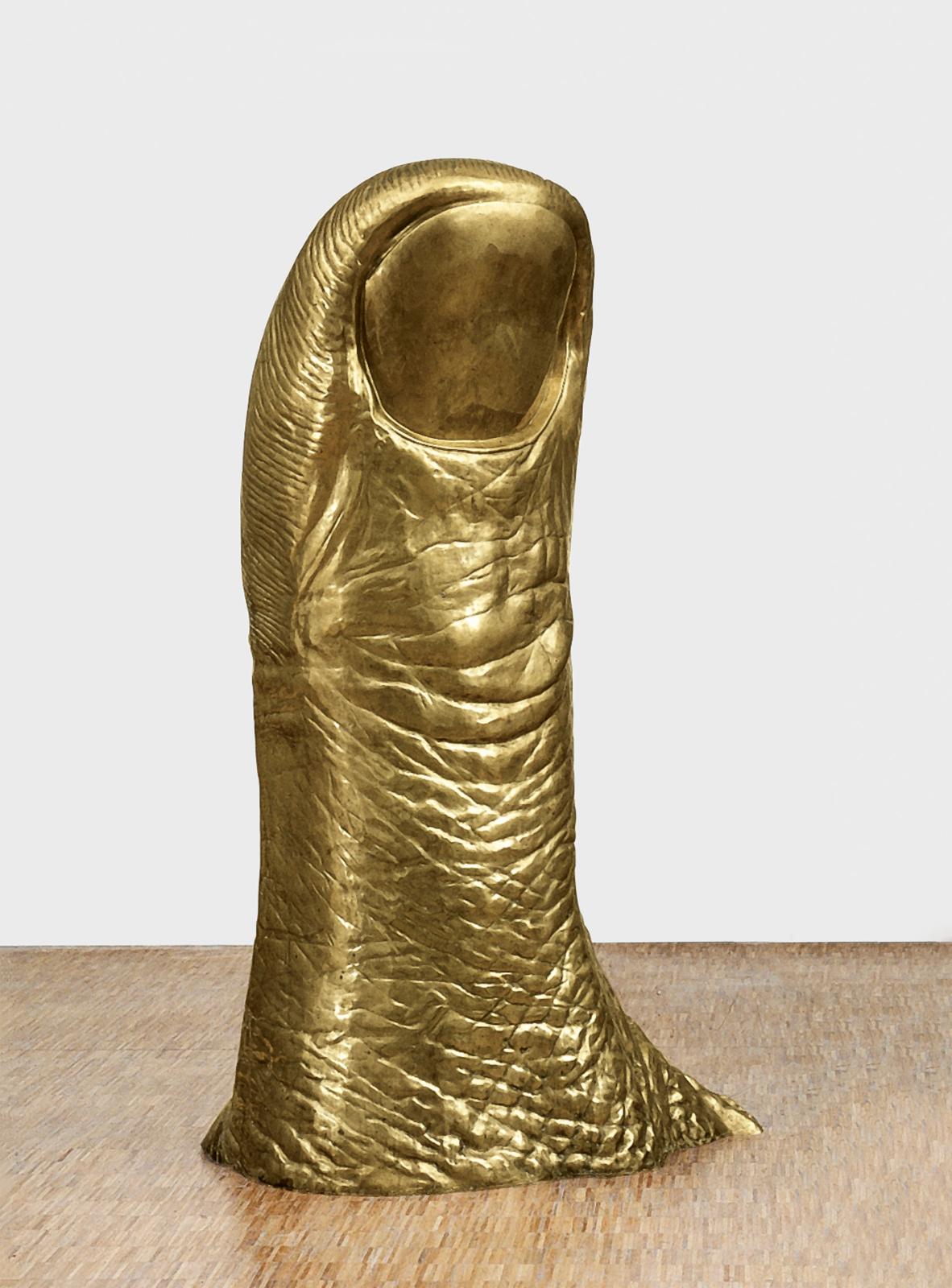 Suffice to say that the Paris retrospective comes at a good time. "We can now appreciate his output after twenty years in limbo," to quote a hopeful Bernard Blistène, curator and director of the Musée National d'Art Moderne-Centre Pompidou. Here, from 13 December to 26 March 2018, you can retrace the entire career of "one of the greatest sculptors of the second half of the 20th century" through some 120 pieces. Blistène ends by saying that "underneath the newsworthy public figure was a man torn by doubt, who constantly questioned himself. Defying modernity by always harking back to classicism, he anticipated one of the characteristics of today's art." A series of rooms reveals relatively brutalist compressions, vindictive thumbs, voluptuous breasts and multicoloured expansions, not to mention "Enveloppages": a telephone, typewriter and fan enclosed in Plexiglas. Will this exhibition put the artist back in the game? Across the Atlantic, although he never really sought to make a career there, César has in any case moved up an echelon since the Luxembourg & Dayan gallery decided to promote him in 2013, in agreement with his final companion, Stéphanie Busuttil-Janssen. In addition, when the retrospective has ended, his six-metre "Thumb", now lording it over the Beaubourg piazza opposite the Centre Pompidou, will be taking off for New York to stand proudly for several months before the Rockefeller Center. Undoubtedly a sign.

Walker Evans’ America
Newsfeed
See all news
The Buddhas of Bamiyan Rise Again at the Guimet Museum
The Casablanca Biennale Has Been Postponed
Art in the Open Air in Limoges
White Cube Takes a Chance on the Secondary Market
Not to be missed
Exhibitions
"Œuvres Choisies": An Imaginary Menagerie and More
You never know what awaits you in an "Œuvres Choisies" exhibition,…
Exhibitions
The Need for an Art of Living
Gathered and restored over ten long years, the collection currently…
Exhibitions
Claude Viallat: Still Going Strong
A new show again attests to 85-year-old French artist Claude Viallat…
Exhibitions
Happy Birthday Ropac Gallery!
t he Thaddaeus Ropac g allery was founded in Salzburg in 1983 and…