French painter Jean Lurçat is mainly known for reviving the art of tapestry in the 20th century, but he also tried his hand at ceramics. 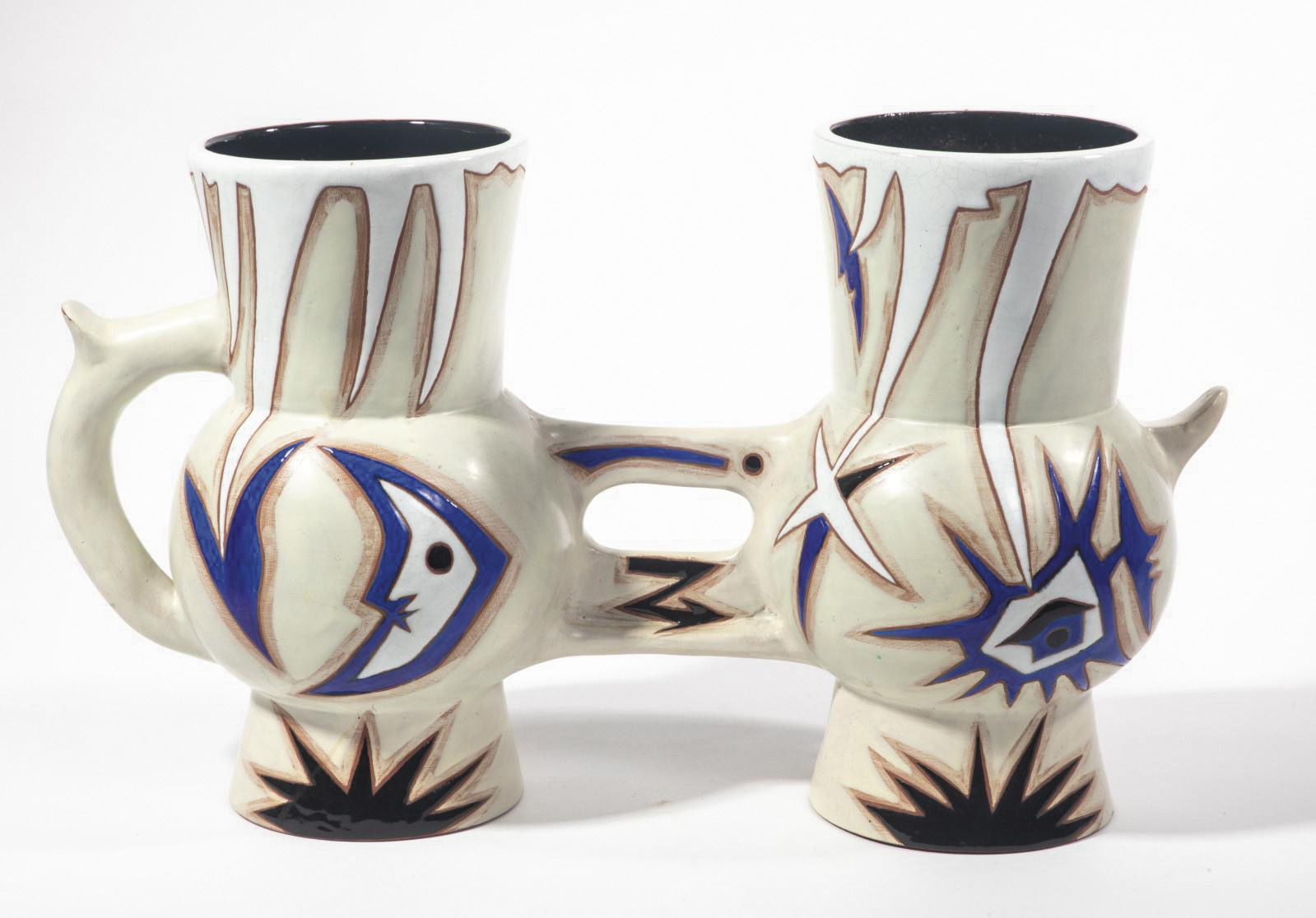 In the early 1950s, Jean Lurçat (1892-1966), who through his talent and work had already breathed new life into the art of tapestry, set another challenge for himself: ceramics, which were also taking a fresh turn. Like many great 20th-century artists, he developed this interest after meeting the vibrant Firmin Bauby at his studio in Sant Vicens, Catalonia. Aiming to combine art with pottery, Bauby asked Lurçat to join him there. The Frenchman’s colorful designs perfectly suited the bulging bodies of vases and pitchers and bottoms of dishes, finding a new means of expression in them. His collaboration with Bauby allowed him to reach as many people as possible through art—a goal he never stopped pursuing.

The man who revived tapestry was not afraid to get his fingers burned with the arts of fire.

A Picasso Dove for the Ramiés