Carmontelle, or the Moving Illusion

An exceptional piece recalls that the great 18th-century French illustrator was also a noteworthy inventor. He created this transparency featuring rustic scenes, a forerunner of cinema, under the Ancien Régime. 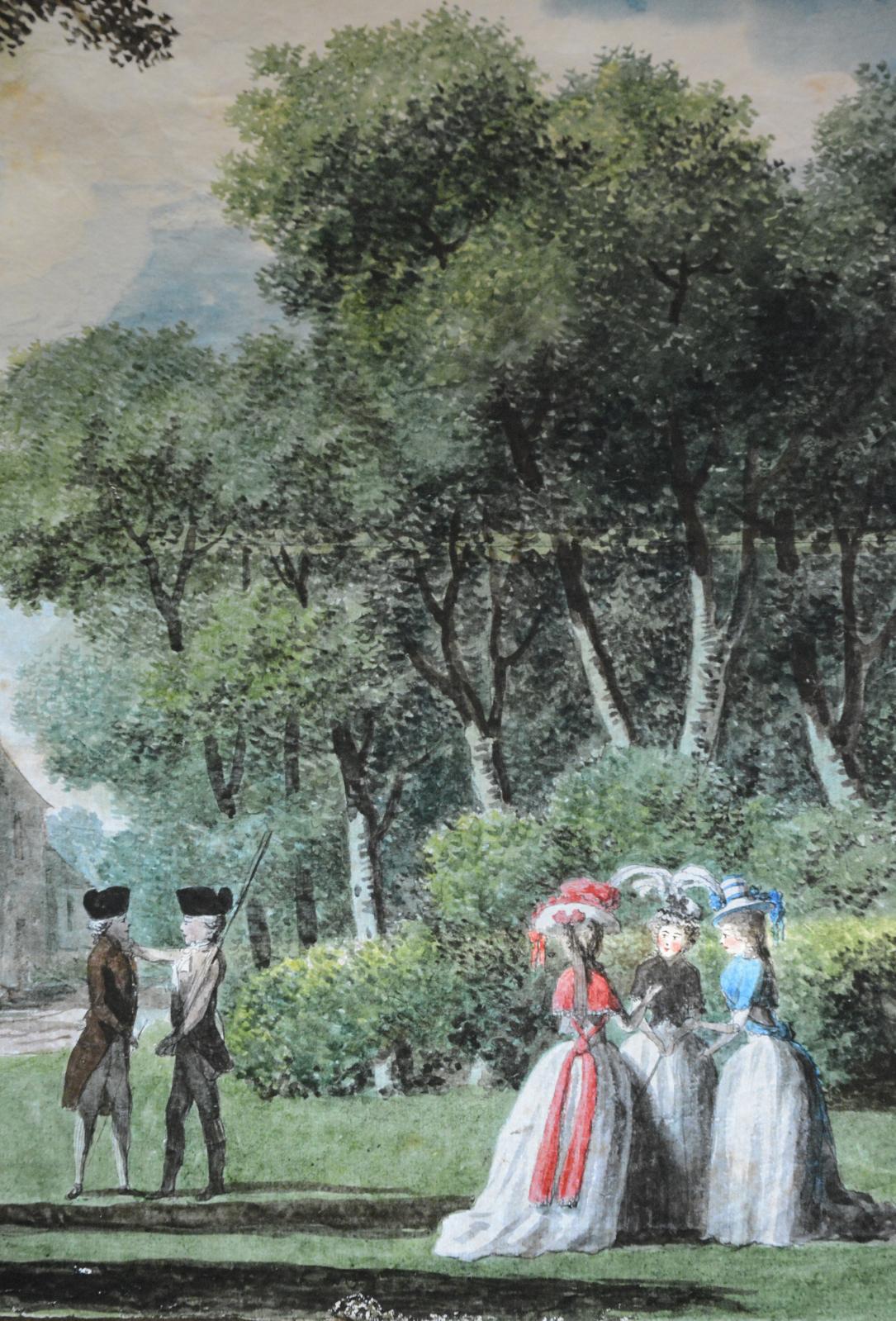 The wonderful, realistic pencil and watercolour portraits by Louis Carrogis, known as Carmontelle, of his contemporaries in profile, capturing the slightest details, never cease to prompt our admiration. These snapshots, whose models were aristocrats, bourgeois, artists and scientists, give us a glimpse into the glittering society of the Enlightenment. Over 700 have been counted that the artist never sold, keeping them for himself. Most of them are at the Château de Chantilly near Paris.

An ancestor of cinema
In his day, this jack-of-all-trades genius was sought out for many talents throughout a shape-shifting career. He was a playwright, architect and author, but also invented an astonishing curiosity. The magic lantern and its still projections were already known, but there was no way to view moving images. While in the service of the duchesse de Chartres at the beginning of the 1780s, Carmontelle invented the transparency, which allowed him to change scenes without any perceptible breaks. He would draw views in ink and watercolour on several translucent vellum sheets, preferably those made by the Englishman Whatman, before assembling them. A single transparency could be up to forty metres in length. The forerunner of the long tracking shot, it would be cranked through a box placed in front of a source of light while Carmontelle declaimed a text accompanied by music played on the harp or harpsichord or even sound effects ­ the first soundtracks! Thirteen of his transparencies of landscapes are known to date. Experts agree that these delicate views are set in the Ile-de-France region, on account of the atmospheres and buildings, although none of them are really identifiable. The earliest transparencies, made between 1783 and 1787, were called Campagnes de France ornées de ses jardins pittoresques anglais (“Views of the Countryside of France Adorned with Picturesque English Gardens”). A great success at the time, nine examples are known, including the one showcased in Chartres. After narrowly escaping the Terror, Carmontelle continued making them during the Revolution and, under Napoleon, between 1800 and 1804.

An irreproachable provenance
Making these long rolls was a real feat, for Carmontelle seems to have painted them without assistance. Featuring exceptionally fresh colours, ours measures over sixteen metres long and depicts members of high society around 1785 frolicking in the heart of nature. The scene looks as though it is straight out of something by Jean-Jacques Rousseau. Wearing elegant clothes ­frock coats, English dresses and towering feathered hats ­ they attest to Carmontelle's fascination with the fashions of his time; in this case, the frothy styles popular at the very end of the Ancien Régime, in perfect harmony with a bucolic setting. The transparency has an additional interest: It is mounted in an identically rebuilt wooden box, so it can be viewed as it was in the time of its inventor. No less remarkable is its well-documented history: the artefact was acquired in 1936 when the collection of Gabriel Dessus, an enthusiast who owned eight of the scrolls, was dispersed. Others have since joined institutions such as the Condé Museum in Chantilly, the Getty Museum in Los Angeles and the Lambinet Museum in Versailles. Most of them probably came from the sale on 17 April 1807 held in Carmontelle's modest flat on rue Vivienne in Paris after his death. A lot of eleven transparencies was bought by an admirer of the artist-inventor, who, his contemporary and friend Baron Grimm said, "turned entertainment into a system".

Print the article
Newsfeed
See all news
Modern and Contemporary Art: Oeuvres Choisies Exhibition at Drouout
Italian Art Fair Becomes First Major Fair to Mint NFTs
German Historian Calls Humboldt Forum’s New Exhibition “Scandalous”
Ancient Stone Ram Head Found on Egypt’s “Avenue of the Sphinxes
Not to be missed
Pre-sale
Writing Bodies by Sanyu, the "Chinese Matisse"
Eight drawings by Sanyu have been rediscovered. Once in Michel and…
Pre-sale
A Poem-Painting by Max Ernst
German Surrealist and Dadaist painter Max Ernst widened the scope…
Pre-sale
Faster, Higher, Farther: The History of the Olympic Games…
As it did a year ago, the French sports daily L'Équipe is presenting…
Pre-sale
A Truer-Than-Life Bugatti Deer
Sculpted around 1906, this young stag scratching its neck comes…