Known for his profile portraits of the great and not-so-great at the French royal court, Carmontelle was also the mastermind behind the Duc d’Orleans' festivities, and collaborated with the multi-talented artist Jean-Benjamin de La Borde, First Valet of the King’s Bedchamber. 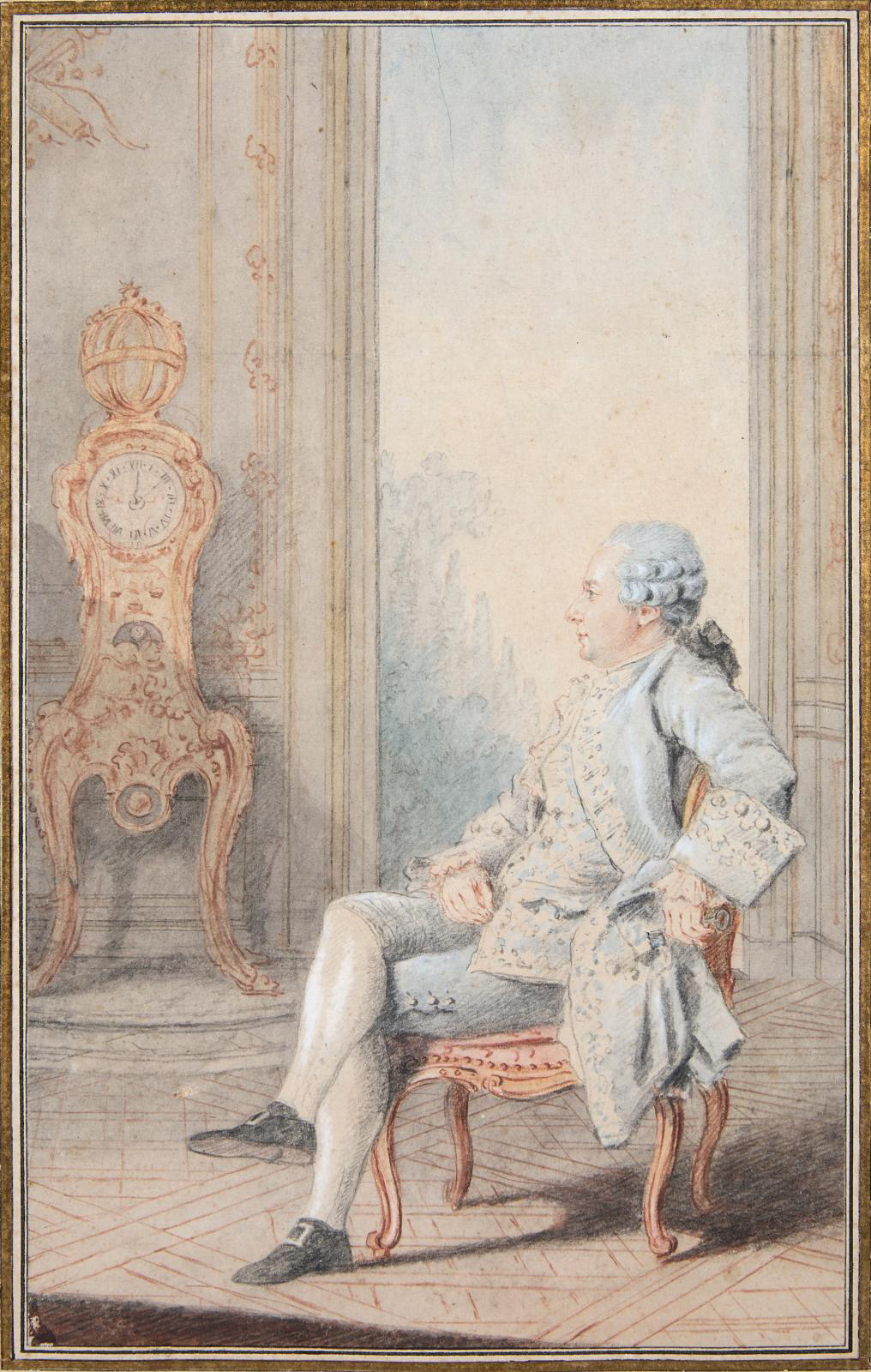 An inscription on the back of the work clearly states the identity of the man posing in profile: "Mr de La Borde, premier valet de chambre du Roy et fermier général". It also tells us that Jean-Benjamin de La Borde was a "multi-talented art lover during the reign of Louis XV". He was close to the French king and was appointed first valet to his majesty in 1766: a position he held until the death of the “Bien-Aimé”. He was replaced in 1774 by Marc-Antoine Thierry de Ville-d'Avray, freshly appointed by Louis XVI. A keen violinist, de La Borde composed and directed operas, and was a major figure in the artistic landscape of the mid-18th century. He notably set to music various works by Louis Carrogis, aka Carmontelle, who produced this red chalk portrait.

Here, the model poses with a key in his hand, symbolizing his position as First Valet of the King’s Bedchamber. The timepiece in the background is familiar to art historians: the astronomical clock by Claude-Siméon Passemant (1702-1769), recently restored for the coming fall’s Versailles exhibition dedicated to the tastes of Louis XV. Passemant took twelve years to design—and eight to make—the sphere, drawing up his own astronomical tables. In 1750 it was presented to the king, who was enchanted, and commissioned the sculptor Jacques Caffieri to create a bronze box to house it. It was in this chased gilt bronze case, with its four sides fitted with glass and a mirror so that each movement could be admired, that the clock found a permanent place in Versailles on 15 January 1754, on its marble base. It is said that Louis XV himself always watched the clock when it marked the changeover to the new year.

This portrait is of two important figures of their time who adulated their monarch: an adoration that led La Borde to his ruin, as he was guillotined in 1794. We know of more than 750 portraits by Carmontelle, who according to Baron de Grimm, had "a talent for capturing the likeness, bearing and spirit of his subjects.” The artist did not sell his works. While he generously gave copies as gifts, he jealously guarded the originals, most of which have come down to us, and are now in the Musée Condé in Chantilly and the Musée Carnavalet in Paris.