Cardinal Richelieu: An Iron Fist and a Velvet Cape 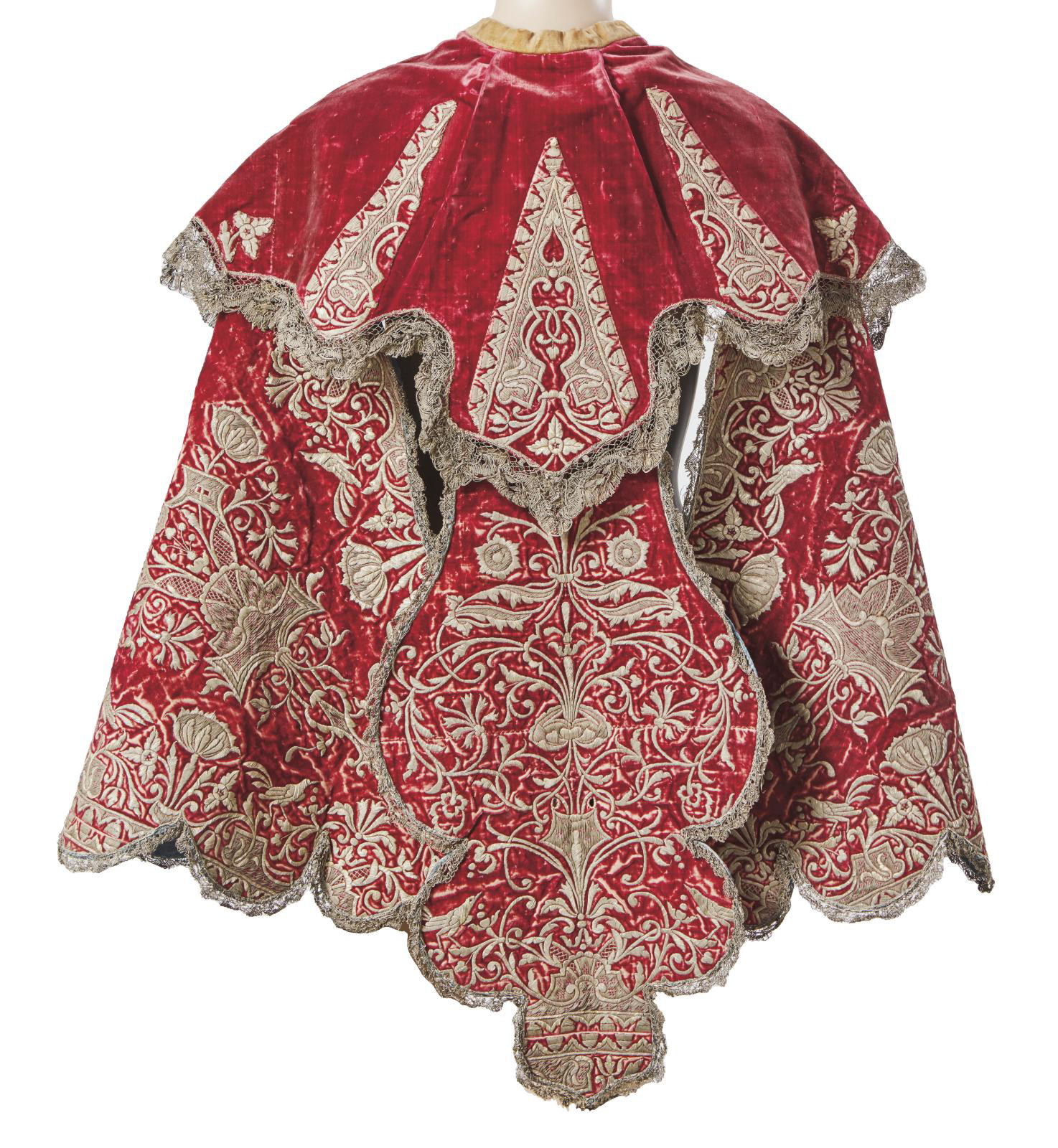 This ceremonial garment speaks volumes about the prestige of the illustrious man who wore it. Armand Jean du Plessis (1585-1642), better known as Cardinal Richelieu, was a powerful strategist, an ambitious man, an authority figure and a close ally of Louis XIII. His most famous accomplishment was the 1628 siege of La Rochelle, a city held by the Protestants, whom he fiercely opposed. Given the lack of religious references, the cloak was probably intended to be worn at festivals or ceremonies. The scalloped edges are adorned with guipure and accompanied by friezes of flowers, foliage, birds, pelmets, symmetrical bouquets of peonies and carnations, a cartouche, acorns, trophies and laces surmounted by a peacock with a branch in its beak. Concealed under the flap, two hunters and a stag suggest that the cape may have been a gift from Louis XIII, a hunting enthusiast. The scalloped shape recalls the large lace collars seen in some of Anton Van Dyck's 1630s portraits. Court garments from this period are extremely rare. Most are in Sweden’s royal collections and on view at the Livrustkammaren (Royal Armory) in Stockholm, founded in the 17th century. Our cloak, probably made in a Parisian workshop, is beautifully preserved. And has its place in a museum.