Carbonell and Lurçat, Superstars in Nantes

The pieces in this sale by sculptor Guidette Carbonell (1910-2008) decorated the hôtel particulier of Mr. S., a collector of postwar art, especially ceramics. 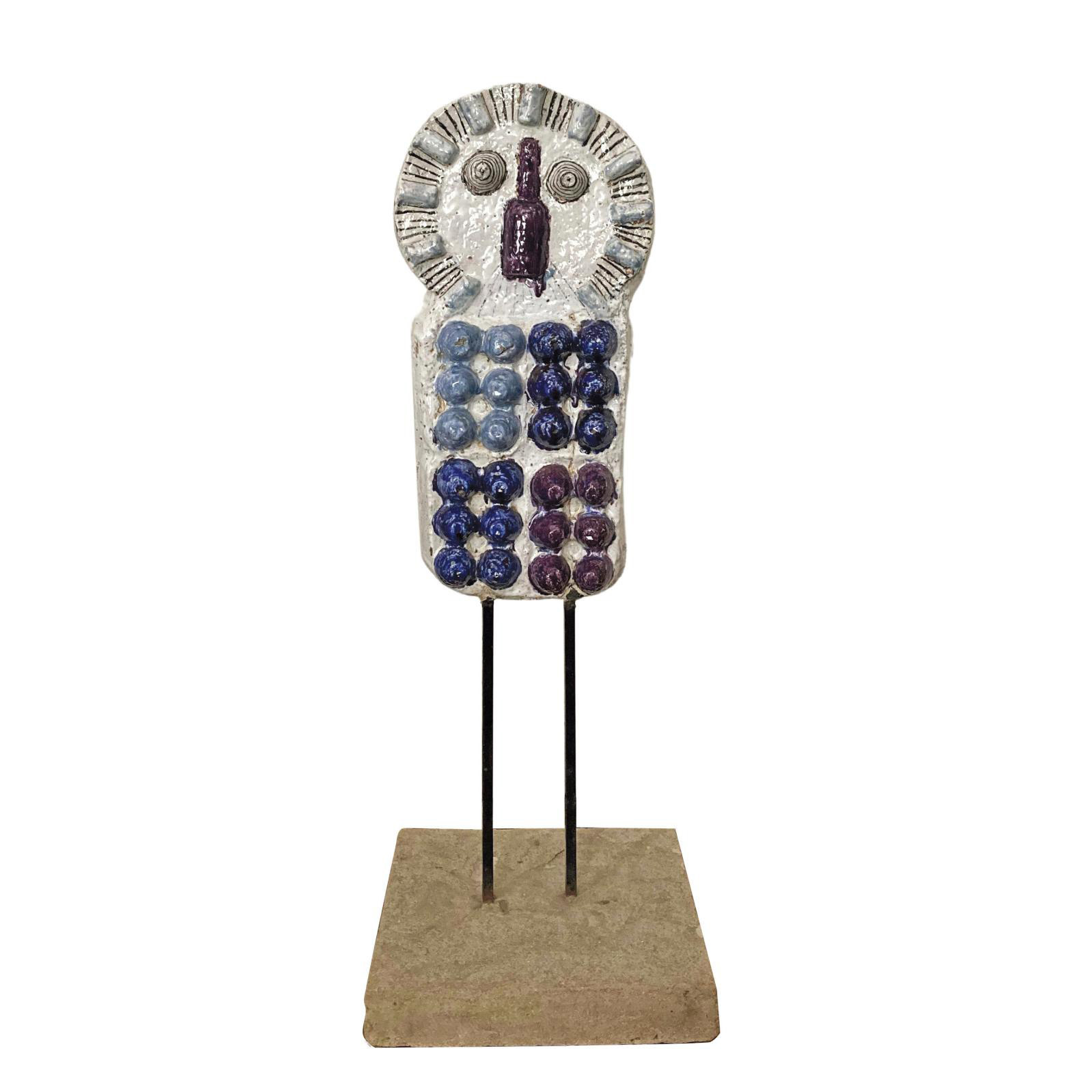 In addition to her monumental creations in the architecture of reconstruction, in the 1950s Guidette Carbonell began to shape a small world of two-sided glazed ceramic totems called "Harpies". This large sculpture mounted on iron legs and a concrete base is a beautiful example. The monogrammed, 100-cm (39.3 in) tall effigy came from Carbonell’s house in Meudon and was exhibited in the 2007-2008 traveling retrospective of her work at the musée des Arts décoratifs in Paris, the Piscine in Roubaix and the musée de la Céramique in Rouen. One bid reached €74,400. The artist also created polychrome embroideries, such as Les Deux Harpies (The Two Harpies), mounted on a textile support, monogrammed and dated 1969 (111 x 112 cm/43.70 x 44.09 in), which fetched €16,120. The sale continued with a gray, brown and almond-enameled white folded ceramic vase by Mado Jolain bearing the date October 57 (h. 44 cm/17.32 cm). This piece featuring the simple, architectural forms characteristic of the artist’s work sold for €14,880. Tapestries also fetched excellent prices. The highest, €23,560, was achieved by Jubilation (312 x 360 cm/122.83 x 141.73 in, see below), a 1964 work by Jean Lurçat in collaboration with weaver Raymond Picaud. The monogrammed composition on a black background with polychrome decoration was exhibited last year at the Cité internationale de la tapisserie d’Aubusson.