Can Taipei Dangdai Compete with Art Basel on the Eastern front? 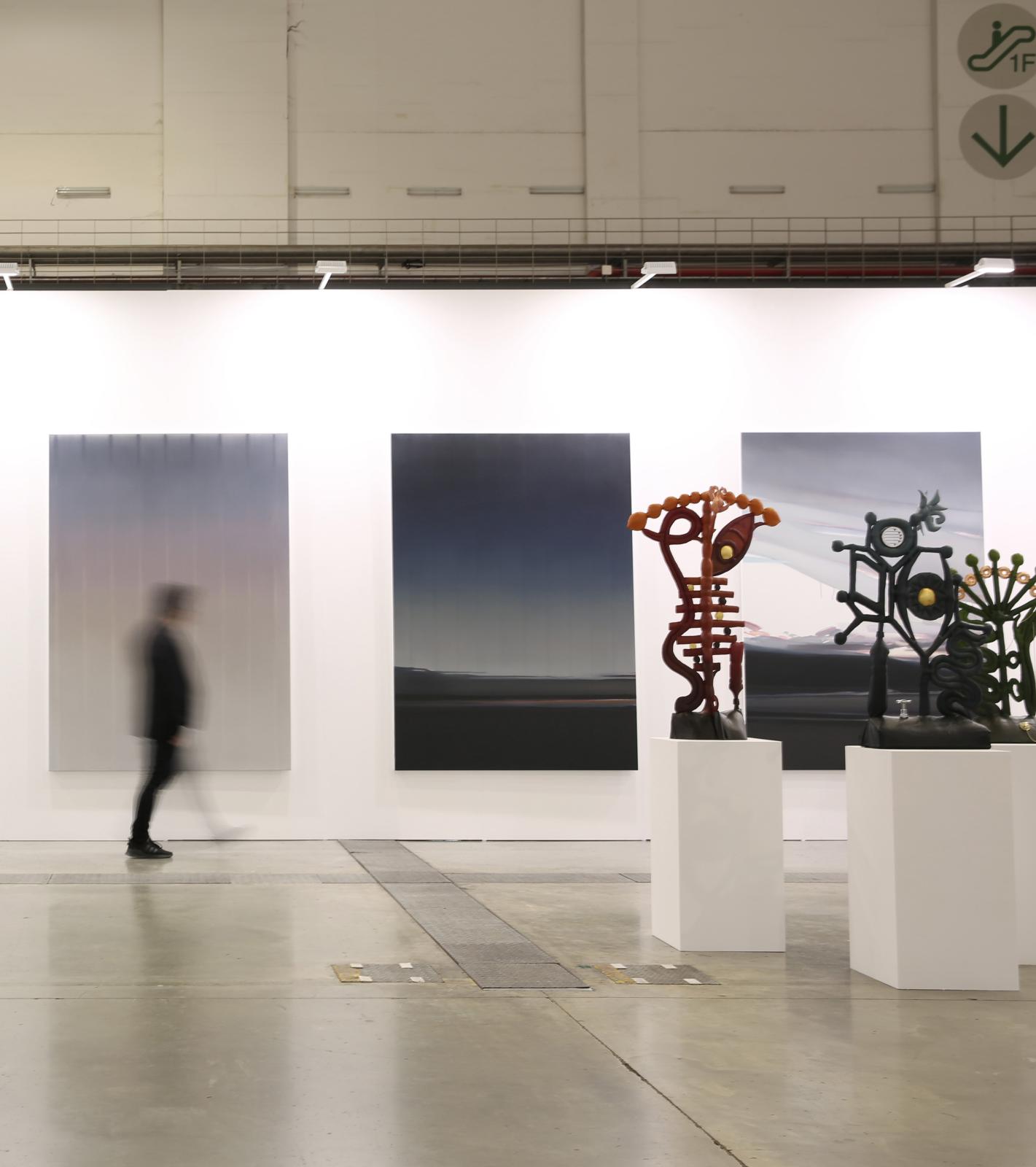 A Very Buoyant Market
While Taipei Dangdai’s goals may seem ambitious, Hong Kong’s persistent socio-economic instability suggests that other Asian actors might challenge its domination of the art market. "It’s surprising to find so many collectors in such a small country," says Rachel Lehmann of London’s Lehmann Maupin gallery. Most of the visitors to the Nangang Exhibition Center are Asian, the majority being Taiwanese. Taipei Dangdai’s organisers intend to rely on this under-tapped market to launch their event. In two years, the fair has already overshadowed the quarter-century-old Art Taipei.
Exhibitors and visitors may have considered the 2019 inaugural edition a sort of sizing-up round, but this year sales reached a satisfactory level for many players. "Taipei is a very active market and the public is refined,” says David Tung of the London-based Lisson Gallery. “We met many customers and achieved good sales, especially for Julian Opie, Laure Prouvost, Stanley Whitney, Christopher Le Brun and Bernard Piffaretti." South Korea’s Kukje Gallery, which promotes the "star" Opie as well as the Australian aborigine Daniel Boyd and the Korean Suki Seokyeong Kang, sold many works by young artists. Its sales totalled nearly $350,000, more than half of which were for works by Opie. The local gallery Lin & Lin surpassed a million and a half, including over $600,000 for a monumental piece by Liu Wei. "Taipei is turning into a major art hub in Asia and this fair will contribute to that," says Jack Chen of 182 Artspace in Tainan City. "This year we only sold three pieces, for around $8,000, but many new contacts were made." The results announced by heavyweights Pace, David Zwirner and Sprüth Magers, over a million euros each, suggest the potential of the young fair, which, thanks to Taiwan’s stability, could be here to stay.

Small Fairs in Paris: A Determined Resistance
Not to be missed
Fairs