The €6 million sale of the largest triceratops known to date reached fever pitch at Drouot and established a European record, eliciting rapturous applause from the audience. 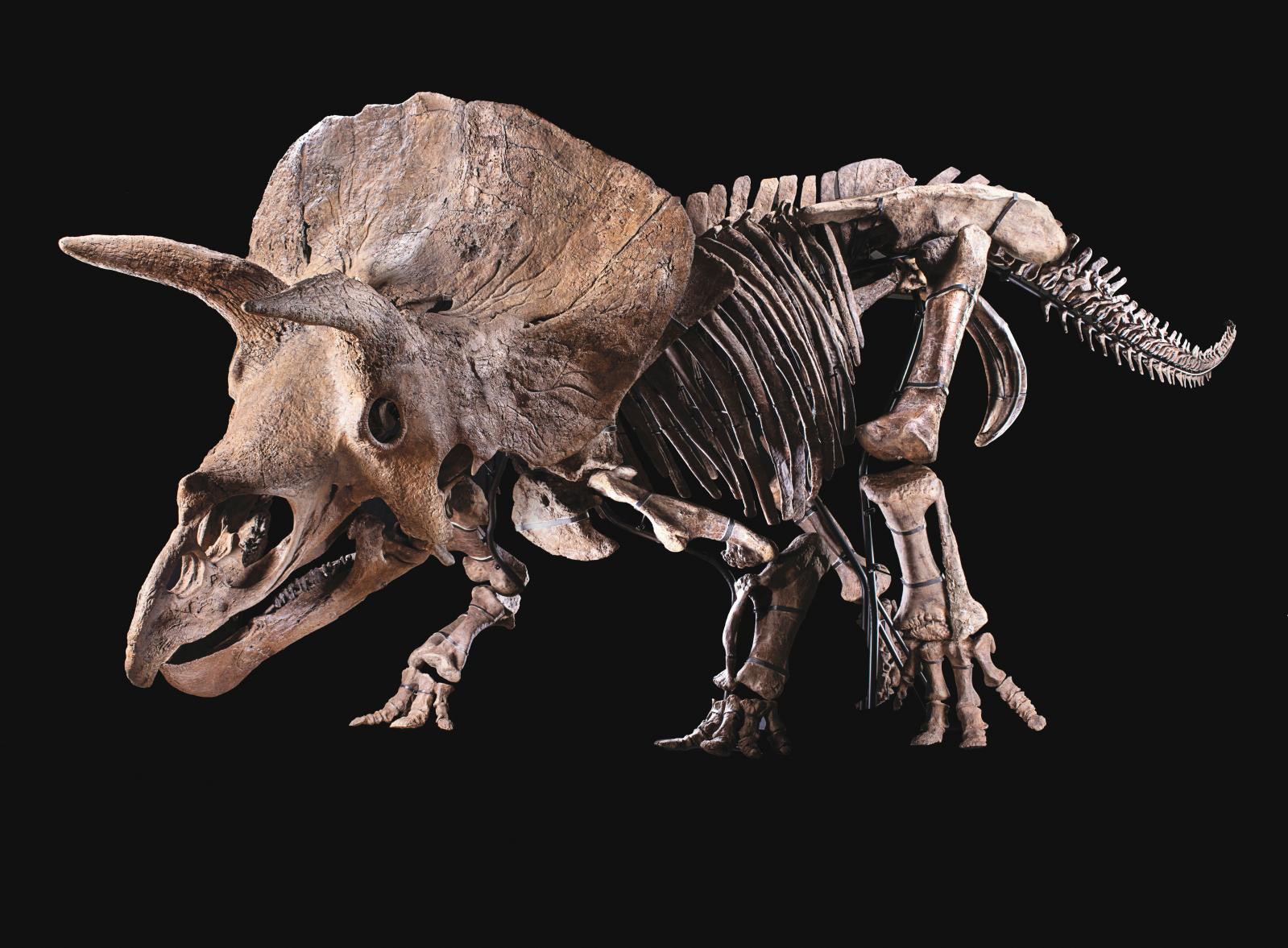 For the past week, Big John was paraded on TV sets and social media networks alike… Everyone wanted to see him! Though countless superlatives have already been used to describe his extraordinary measurements, let’s remind ourselves anyway: 8 meters/26.25 feet total in length, with his skull alone measuring 2.62 meters/8.6 feet—his spectacular state of preservation—the skull is 75% complete—and his gargantuan skeleton intricately comprised of 200 individual bones. Let’s not forget Big John’s age: over 66-million-years-old! He was reconstructed in a dynamic pose, leaning forward on his front legs replicates an attack position, which made a particularly striking cover for La Gazette’s n° 31. Living upon the island of Laramidia—an island-continent which extended more or less from present-day Alaska to Mexico, but which has long since disappeared—he died after having fought one last battle. The laceration at the base of his head attests to this. Bereft of biological activity, the mud in which he slept for millions of years ensured his incredible preservation.

Playing his part to perfection, Big John trod the red carpet of the Hôtel Drouot with his massive feet—acquired for the impressive sum of €6,651,100 by an American buyer who already owns several dinosaurs—and left to the thunderous applause of the room. When auctions climb to such prices, most public institutions are no longer in the running. At least most natural history museums already have their triceratops, leaving the chase to only the very richest enthusiasts, who today battle not with horns, but with millions. According to paleontologists, triceratops were the only herbivores capable of fighting off the terrifying might of a tyrannosaurus. Centuries pass, legends remain! For Big John more than doubled the price of the last auction at Drouot for a dinosaur—a carnivore, no less (€3,067,400 for an allosaurus from the Upper Jurassic, sold on October 13, 2020, by the same auction house). Can anyone dethrone him?