Berthe Morisot: From Obscurity to Light

Forgotten in the early 20th century, this key figure in Impressionism was rediscovered during the 1970s. The Musée d’Orsay is now doing her justice. 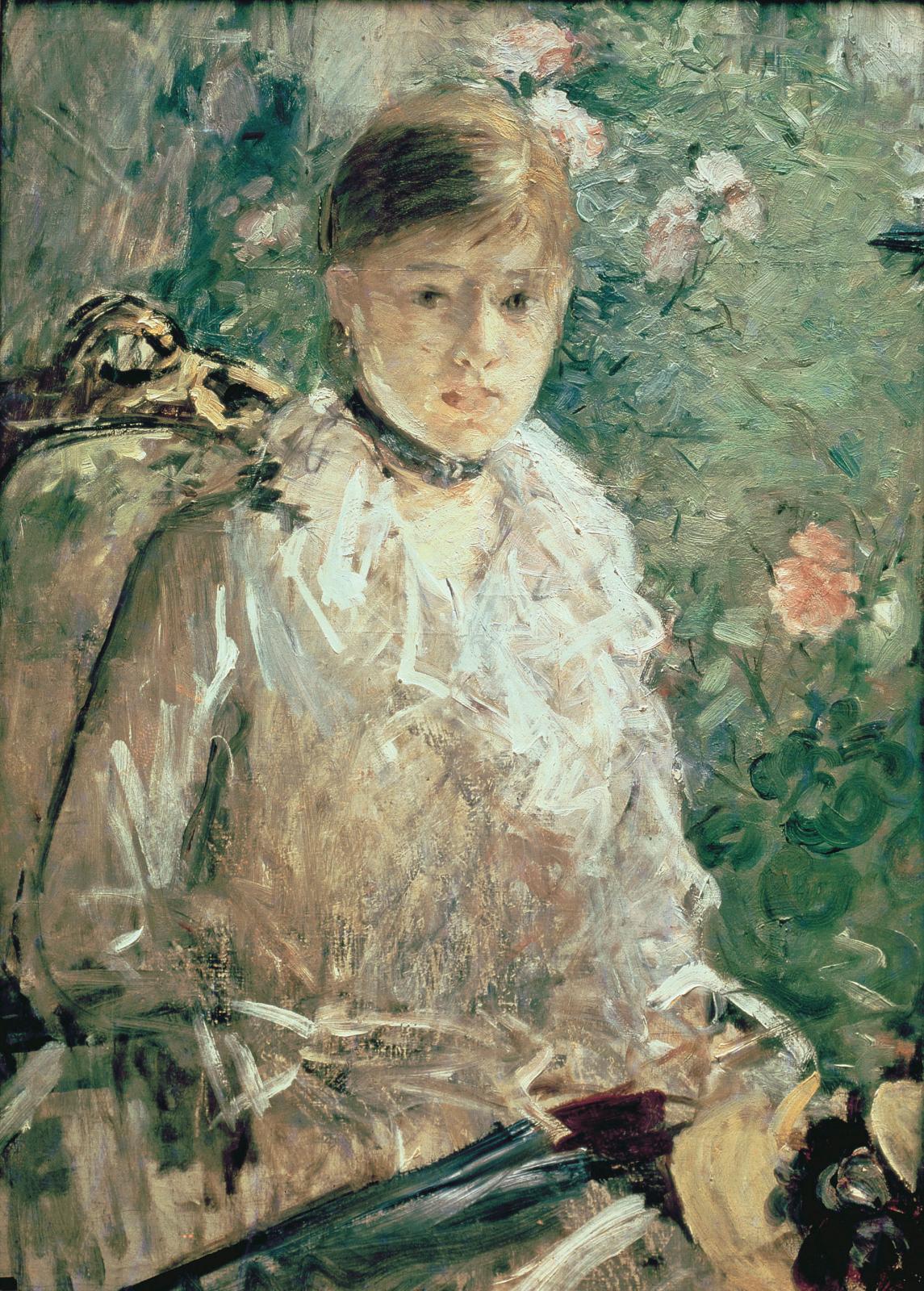 An Impressionist right from the start alongside Camille Pissarro, she was the most loyal member of the group, taking part in seven of its eight exhibitions. Berthe Morisot (Édouard Manet's model and sister-in-law) was also one of its most respected members, admired by her colleagues and often lavishly praised by the critics, even if they focused more on the "gracefulness" of her touch than her true artistic qualities. And yet at the beginning of the 20th century, when the movement was now firmly established, her aura began to dim and her painting, labelled "feminine", was relegated to second rank. She was restored to her rightful place thanks to various American feminist studies in the 1970s. In France, the Palais des Beaux-arts in Lille devoted a retrospective to her in 2002, and this was followed ten years later by another in the Musée Marmottan. But until now, the Musée d’Orsay had never given her top billing.

The Painter of Passing Time
The exhibition focuses on one facet of her output: pictures of figures and portraits. This makes sense, as they account for nearly 70% of her paintings, estimated at around four hundred. "These were the ones she exhibited as a priority and attracted the most comments," says curator Sylvie Patry. So the seventy oils on canvas presented in a thematic, chronological circuit provide a clear picture of her development. In her early days, Morisot drew her subjects from her close friends and family. And for good reason: her situation as a woman artist and her bourgeois milieu limited her practice to the private sphere – hence the many interior and intimate scenes, with women immersed in reading or at their toilette. Unlike her fellow students, she frequently placed her figures in open-air light. From rural scenes to children playing in the garden, her brush seems merely to skim the canvas – the better to seize the fleeting moment.
The Musée d’Orsay also aims to show how her style blossomed in the late 1870s, becoming even more vigorous and suggestive through her search for the instantaneous. Whether in indoor or outdoor settings, the protagonists, generally seen in close-up, blend into their environment. Morisot even boldly leaves part of the canvas blank, mingling the finished and unfinished. None of her colleagues went as far as she did in the quest for sensation and movement: a vital aspect of Impressionism. With each painting, we see how she created a groundbreaking body of work very different from the clichés associated with her. Imbued with melancholy, and after all not so much intimist as introspective, they are not images of happy family life but reflections on the inexorable passing of time. Morisot, who died young, was incontestably a great artist.

Tissot: Beneath the Veneer of Appearances

A Young Woman in the Sun by Renoir
Newsfeed
See all news
British Museum Will Sell 200 NFTS of Hokusai’s Works
Design Miami Launches New Partnership in Qatar
Vito Schnabel Launches NFT Auction Platform
Mexico Recovers Stolen 16th-Century Manuscripts
Not to be missed
Exhibitions
Intimacy Depicted: Drawings by Victor Hugo
After 18 months of renovation, Victor Hugo's house in Paris duly…
Exhibitions
Earth and Peace: Georgia O'Keeffe in Paris
A major first in France, the Centre Pompidou's retrospective pays…
Exhibitions
The Hôtel Drouot Reopens for the Season with the “Oeuvres…
The opening of the Drouot season is marked by "Oeuvres Choisies",…
Exhibitions
The New Woman Behind the Camera
Now at the Metropolitan Museum in New York and then on to the National…