This contemporary art sale in Marseille featured well-known names like Warhol and Soulages, as well as more unobtrusive artists like Beksinski. 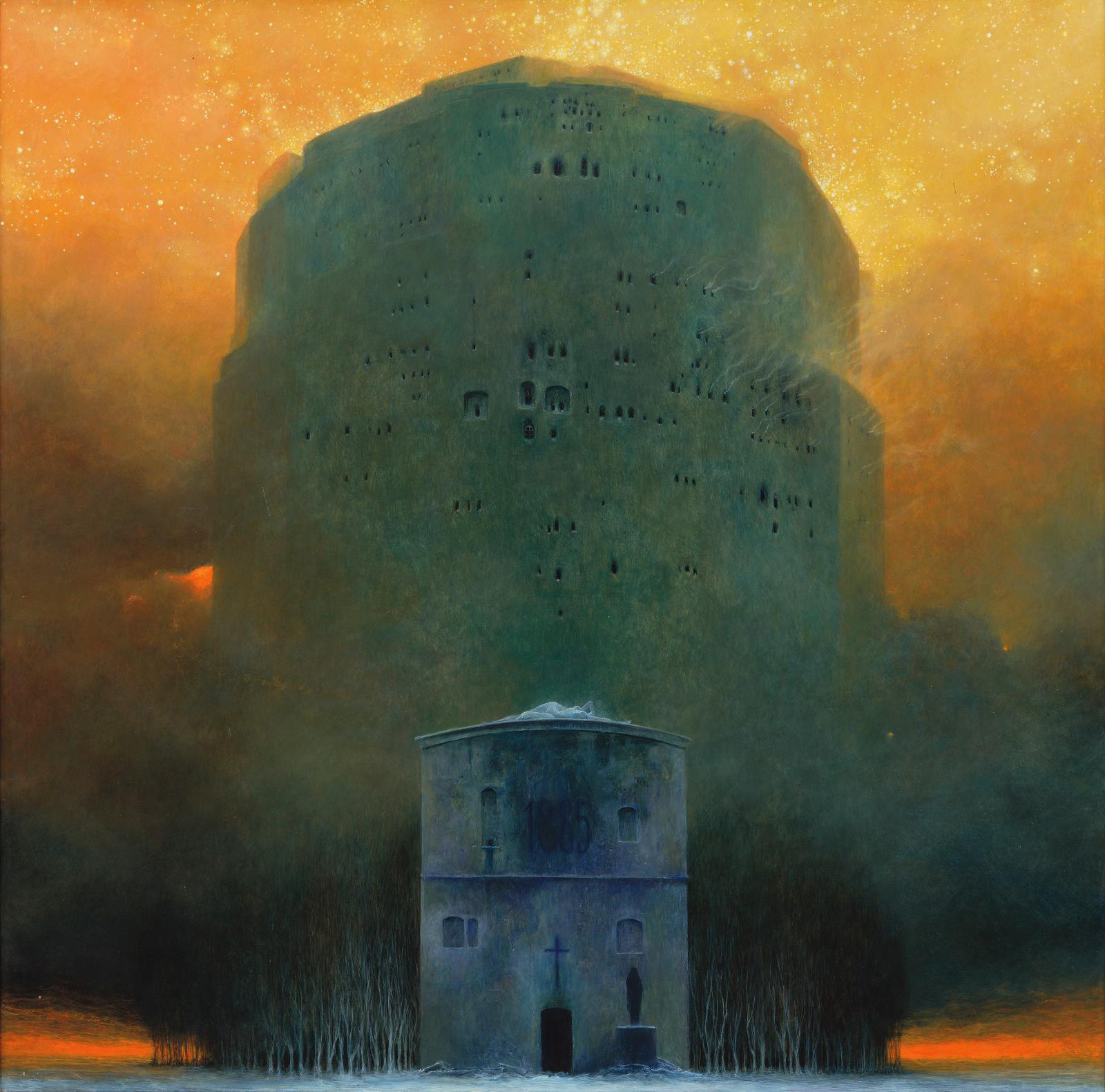 The top score of the sale dedicated to 20th-century painting and sculpture went to the enigmatic work of a Polish artist somewhat little-known in France: Zdzislaw Beksinski. His highly original explorations led to a fantastical, visionary world halfway between science fiction and dreams. The Two Towers of 1885 is a telling illustration: painted in oil on Isorel in 1980, this panel (89 x 89 cm/35 x 35 in) inspired a battle between international bidders all the way up to €132,664 (see photo). The world-famous Andy Warhol was present with an iconic color silkscreen: the 1987 Beethoven (102 x 102 cm/40.1 x 40.1 in). This work is signed in pencil by the Factory's resident artist, and carries the following inscriptions: "Master printer, Rupert Jasen Smith - Publisher, Herman Wünsche - Executor of Andy Warhol Estate, Fred Hughes", as well as the number "AP 8/15" (for "Artist's Proof"). The silkscreen was printed in an edition of 60 with 15 artist's proofs. The one sold here achieved a splendid €108,192 after a high estimate of €60,000. Also on offer was an etching by Pierre Soulages simply entitled Eau-forte XX (1972: 50 x 66 cm/19.7 x 25.9 in). Signed and numbered "100/100", it went for €48,944. The 1900s were represented by La Parisienne, sketched in 1907 by the acerbic brush of Auguste Chabaud. The oil on cardboard, signed on the bottom right and marked with the workshop number "350" on the back (72 x 52.5 cm/28.3 x 52.5 in), came with a certificate from Patrice Léoni dated 30/11/2015. Little wonder, then, that it garnered €94,024. €8,640 went to another work by Chabaud: the 1903 La Gargote (Cheap Restaurant), illustrating the avant-gardism that earned him numerous exhibitions (including "Auguste Chabaud, Fauve et Expressioniste 1900-1914" at the Paul-Valery Museum in Sète, in the summer of 2012).