In a dozen years, she has made it possible to raise over $15 million for the Louvre. The Biennale Paris has now asked her to join its committee, banking on her energy and contacts. 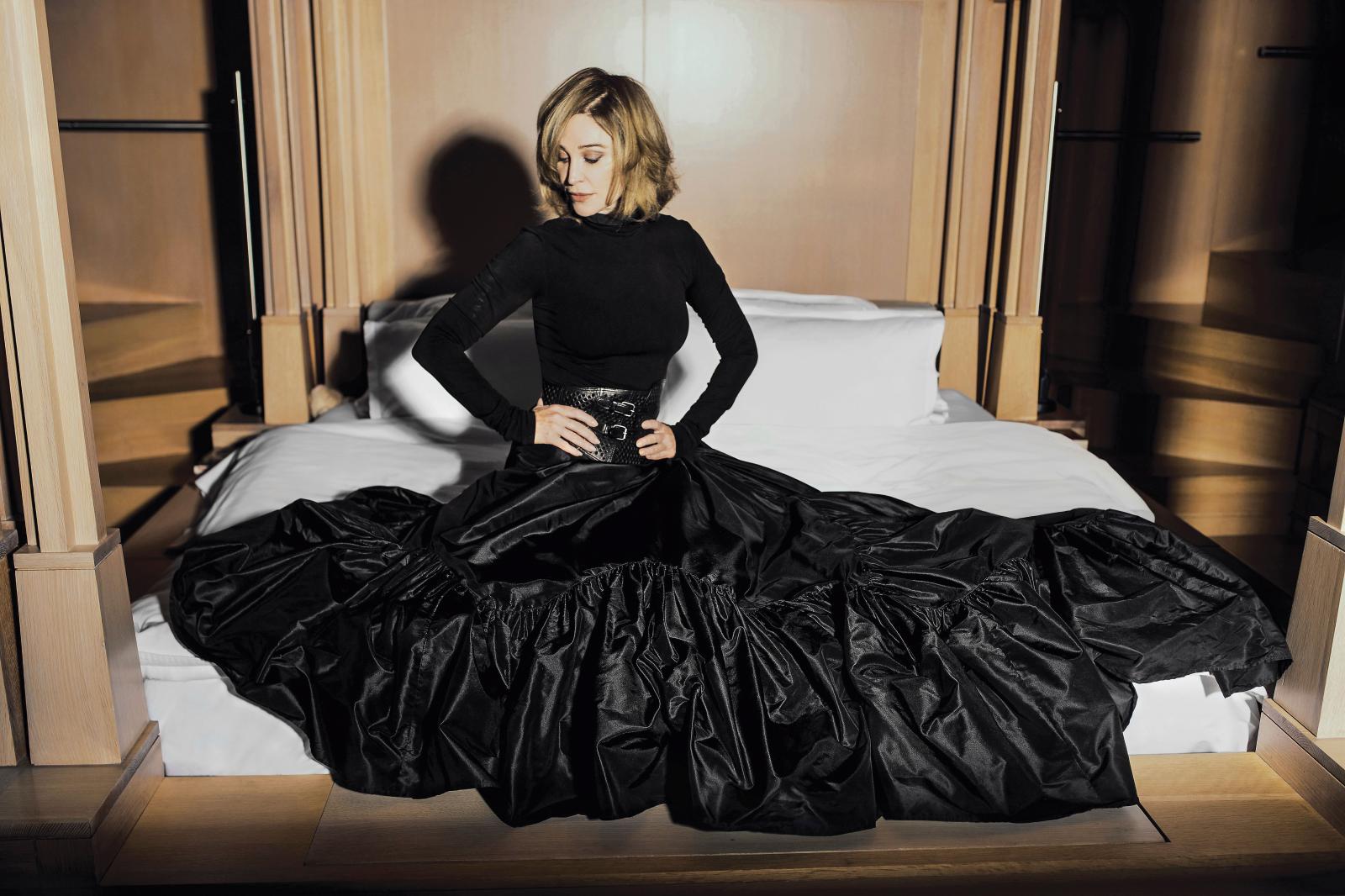 It's clear that Americans are not like the French. They are exuberant, they're always talking about money and laugh loudly, but they are also terribly friendly, enthusiastic, and pragmatic, and generally get what they want. The energetic Becca Cason Thrash is no exception to the rule. She was born in Houston, and married a businessman who works in energy. In their huge contemporary house, the woman who made a career in public relations before her marriage used to organise spectacular charity galas for the city Opera and Ballet, until one day she crossed paths with the Louvre…

How did your story with the Louvre begin?
When Henri Loyrette asked Christopher Forbes to form a group of Americans to help the Louvre, his response was "I'm not very good at raising money, but let me call a friend in Houston: she can sell ice to the Eskimos! That was in 2005. Christopher came to lunch, we laughed a lot, and of course I said yes. I started by giving a charity dinner at my house with a fashion show by Christian Lacroix, then another at Palm Beach, and a third in Los Angeles. In a few years, we had collected $3 million. The time had come to stage something more spectacular. So in 2008, I launched the first Liaisons au Louvre gala.

With a show by the group Duran Duran beneath the Pyramid!
Absolutely! Nobody had ever dared to do anything like that. A ticket cost $10,000.

Not many French people would be willing to pay that…
I know; above €3,000, things get complicated. But what people need to understand is that I create a magical moment, a unique experience – something the money of all these billionaires can't buy. For two days around the evening, there were lunches and dinners in places that aren't normally open to the public. Every time, I need to find a way to astound these highly privileged people. It's a real challenge for me! One day, I was sitting next to a French senator at a dinner, and I told him how much I wanted to organise something at the Sénat. He immediately said, " Oh là là! – that's impossible." But finally, I was able to lay on a splendid reception there. Likewise with the Louvre: I wanted to get into the terrace of Napoleon's apartments, so that my guests could have a glass of champagne there above the Pyramid, watching the sunset. Henri Loyrette told me I would have to convince the chief curator. I had lunch with him, and he instantly said no. So I explained that this evening event would bring in millions of dollars to restore the rooms in his museum, but I could also decide that the Greco-Roman antiquities gallery had greater need… And the doors opened! In France, all negotiations start with "Oh là là! That's impossible!" It's a cultural thing. You have to put up a fight, but in the end it works, and then at the event, your discussion partner is delighted, and is seen as a hero.

"If I manage to raise $3 million, I'll have succeeded in obtaining nearly $20 million for the Louvre. After that, it's finished, and I'll retire!"

It's understandable why the Biennale approached you…
Last year, Christopher Forbes invited me to the Biennale dinner and asked me to join the committee, to help bring back the Americans. I refused, initially – I'm already on seven other boards! You know, in 25 years I've raised $100 million for charity. And I do it all for free. But I ended up by agreeing, because there are fifteen of us in the Biennale commission. I'm not on my own, with my responsibility and reputation on the line. I have promised nothing. I remember the Biennale in its heyday; it was fabulous. What a mistake to have lost the jewellery companies! They really gave glamour to the event. For the dinner, I'll send out a hundred invitations with a little message, and if I manage to get twenty people to come, I'll be happy.

You won't be organising anything more?
No. In August 2017, a terrible event put my charity work on hold. During Hurricane Harvey, our house in Houston was flooded, and we lost everything. My husband and I were rescued by boat! We lived in a temporary apartment for a year, and we are only just beginning to be able to sort out the house. Everything had to be cleaned, disinfected and redecorated. No small task: the house is 1,800 square metres. It plunged me into a deep depression, and I no longer wanted to do anything. At that time, I received a call from Michel Picaud, who had formed a small group of sponsors to restore Notre-Dame. He asked me to help…I told him, "With pleasure, but not right now." Can you imagine – that was before the fire! Since then I have met with him and I decided to do something for him. I've just got back from Mexico, where I am in the process of organising a three-day trip with private museum tours and dinners in magnificent houses. That will be in February 2020, on behalf of his association.

And are you planning a new gala for the Louvre?
I had told Jean-Luc Martinez that I was stopping, but he begged me, "just one more time, please!" I'm thinking about it, and I think I'll stage this last edition of Liaisons au Louvre in Madrid or Rome… Always trying to surprise my guests. I can't ask them to come to Paris again. This programme will take place in September 2020. If I manage to raise $3 million, I'll have succeeded in obtaining nearly $20 million for the Louvre. After that, it's finished, and I'll retire!

2006
First dinner for the Louvre in her Houston home
2011
Is made Chevalier de la Légion d’Honneur in recognition of her philanthropic commitment
2020
In February 2020, organises a charity trip to Mexico for the restoration of Notre-Dame

A Table Commemorating the Liberation of France by the Allied Forces
Newsfeed
See all news
British Museum Will Sell 200 NFTS of Hokusai’s Works
Design Miami Launches New Partnership in Qatar
Vito Schnabel Launches NFT Auction Platform
Mexico Recovers Stolen 16th-Century Manuscripts
Not to be missed
Interviews
Mariane Ibrahim Champions Contemporary African Art In…
The Chicago-based Franco-Somali gallery owner is opening a Parisian…
Interviews
Anne-Sophie Leclerc: A Focus on Prehistory
Anne-Sophie Leclerc leads an institution where she has worked since…
Interviews
Nazy Vassegh: Reinventing the Traditional Art Fair with…
We spoke to Nazy Vassegh in advance of the opening of the inaugural…
Interviews
Fabienne Grasser-Fulchéri: Working for a Collection Dedicated…
Labeled an art center of national interest in 2020, the Espace de…