Camille Pissarro beat Georges Rouget by a short head in a peaceful struggle between two schools of painting. 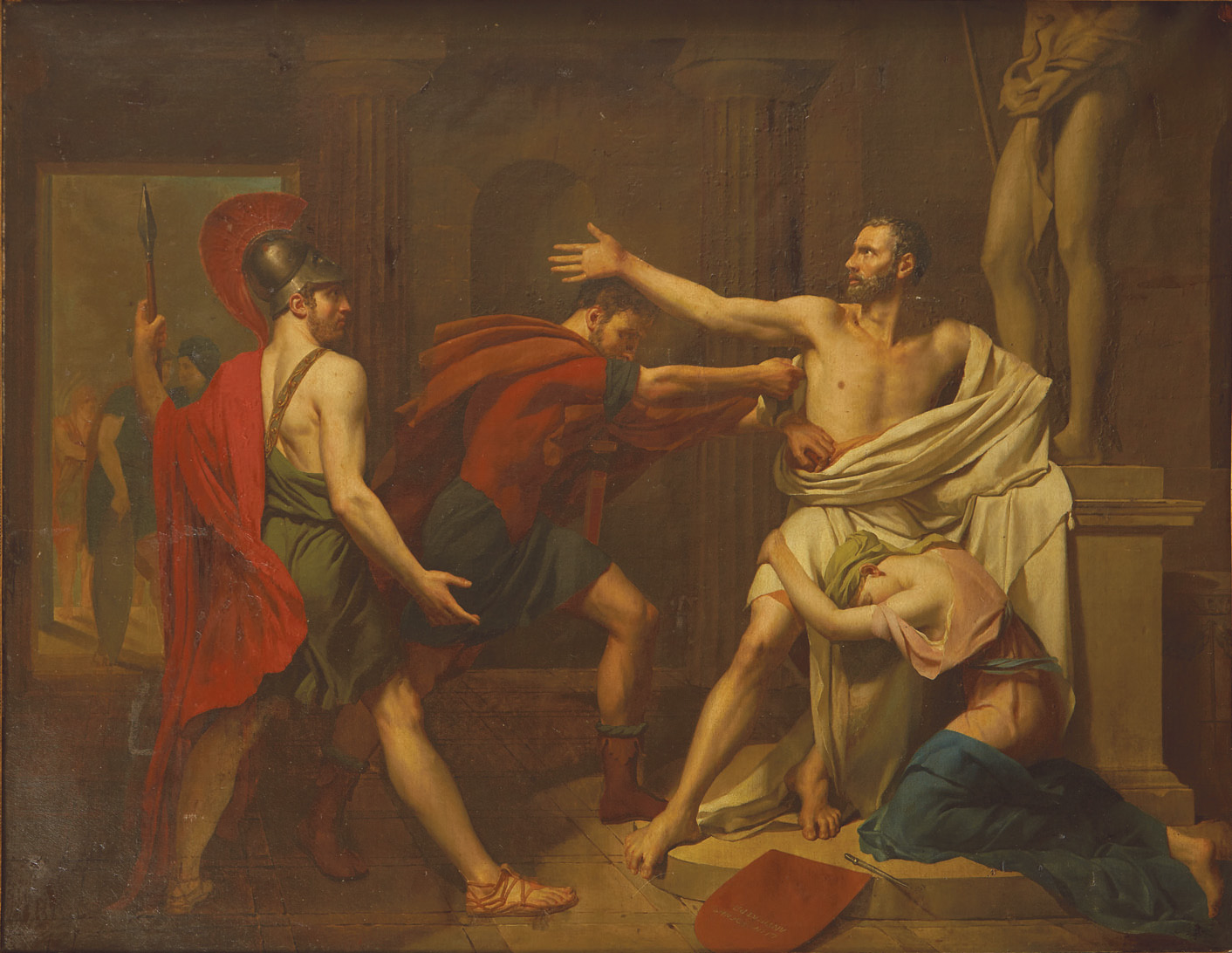 Although Camille Pissarro's small oil on panel of a Couple dans la clairière (Couple in a clearing) (16.5 x 22.5 cm) garnered €54,913, here we focus on the impressive painting by Georges Rouget (1783-1869). This work, Demosthenes, taking refuge in Neptune' temple, commits suicide rather than fall into the hands of the Greeks, was submitted for the Prix de Rome in 1805. Two centuries later, it landed the splendid sum of €49,765 and a new world record to boot (source: Artnet). A fine posthumous acclaim – for in 1805 Rouget yielded first prize to Jérôme Martin Langlois (1779-1838), another student of David (1748-1825). As his teachers' favourite pupil, Rouget assisted David until the latter's exile in Brussels, collaborating on key works like Bonaparte at the Grand-Saint-Bernard, The Coronation of Napoleon and Leonidas at Thermopylae. He never won the longed-for Prix de Rome, despite three other attempts, and spent his entire career painting glorious moments in France's history and portraits of its great figures, while holding official positions such as vice-president of the Société Libre des Beaux-arts.