The famous designer proved a worthy successor to the great Spanish masters, in a summer exhibition at the Thyssen-Bornemisza National Museum. 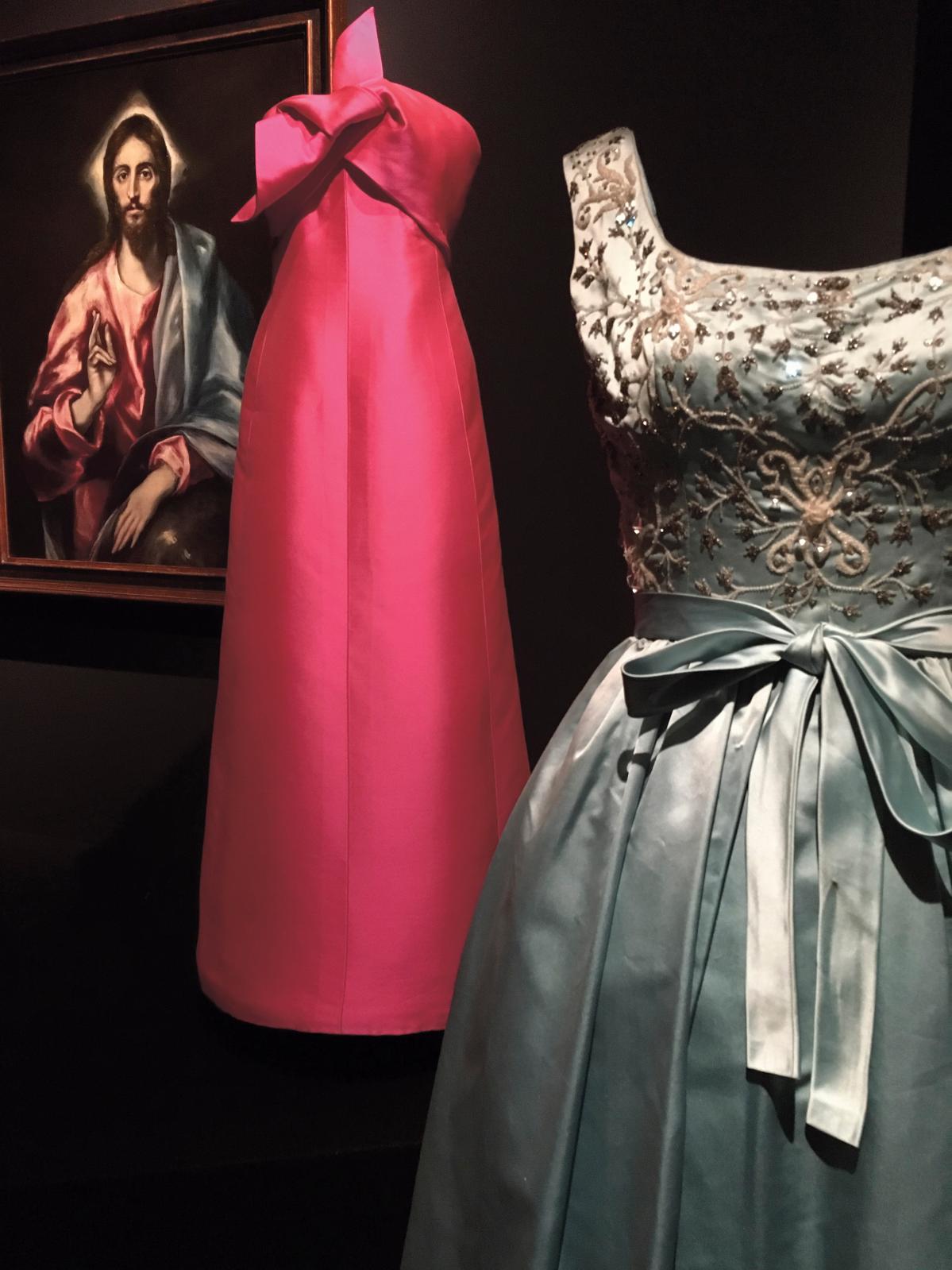 The stage is set right from the first room: an Apostle's Head by Vélasquez, a Saint Sebastian by El Greco and Cardinal Luis María de Borbón y Vallabriga by Goya eye the visitor up and down, in the presence of two dresses in flaming red. This is the beginning of a circuit dotted with masterpieces of Spanish painting from the 16th to the 20th centuries, highlighting the connections between the meticulous work of Cristóbal Balenciaga (1895-1972) and fifty-six pictures brought in from museums all over the peninsula. But there is nothing gratuitous about this spectacular dialogue: Hispanic art, familiar to the aesthete couturier from his teenage years, was his main source of inspiration. It led him to make use of novel volumes, as with the sculptural silhouette of a ball gown (1951) where the "architect of fashion" harks back to the voluminous drapes in which Zurbarán swathed Saint Elisabeth of Portugal, or the line of a wedding dress with lateral protuberances (1957), evoking the vertugados worn by the queens in Sánchez Coello's paintings. Meanwhile the colours, handled sparingly by Balenciaga, evoke the most atypical geniuses in Iberian painting. For example, the "fluorescent" palette of El Greco dictated the incredible acid yellows, candy pinks and apple greens that electrified his designs in the 1960s. In another room, black – a symbol of power and elegance, imposed on the court by Philip II – shapes little cocktail dresses, echoing the shade worn by the infantas and aristocrats of Martínez del Mazo and Pantoja de la Cruz. Even more subtle is the use of pictorial motifs in models' ornamentation: a whole range of dazzling 1950s dresses embroidered with flowers seem to reproduce in thread the roses of a still life by Gabriel de la Corte, or a bouquet by Juan de Arellano… Down to the last detail, Balenciaga proved a worthy successor to the great Spanish masters.