Bacon's Reading: The Dangers of the Too-exclusive

The Centre Pompidou, in Paris, is exploring Francis Bacon's literary pantheon in relation to fifty-odd works dating from the end of his life. An overly simplistic approach? 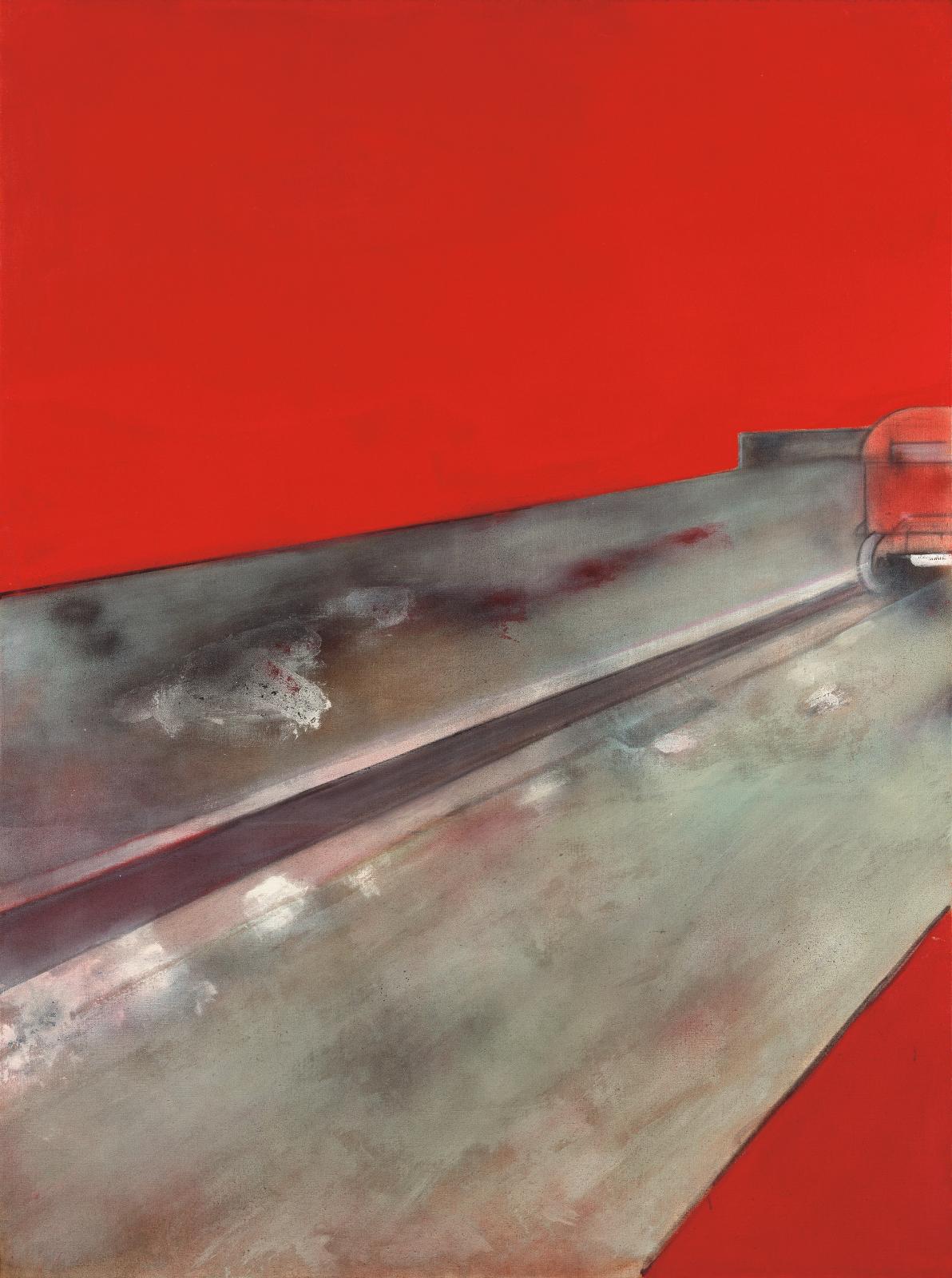 Francis Bacon's paintings make an immediate impact, with their pithy, piercing, spellbinding obviousness. But make no mistake; the painter's art goes far beyond the spontaneous gesture or instinct, even though these are intrinsic to his work. His force and violence imbue a skilfully constructed staging, influenced and nourished by a considerable literary culture. This is the line taken by the exhibition "Bacon en toutes lettres". Here the curator, Didier Ottinger, has brought together a magisterial group of around fifty paintings, including ten or so triptychs, mostly dating from between 1971 (the year of the major retrospective on the British artist at the Grand Palais) and 1992 (the year he died).
Bacon-lovers will be delighted by the quality and profusion of works coming from every quarter, with several making their first appearance in Paris. Nearly a third come from private collections, like a self-portrait of 1973, with its improbable perspective, and this rare subject of 1984, Street Scene (with Car in Distance), suggesting the precipitate flight of an automobile. Literature lovers will also find the exhibition appealing: six "reading rooms " dedicated to Eschyle, Nietzsche, T.S. Eliot, Leiris, Conrad and Bataille continuously broadcast texts that inspired the painter, read by actors. On the other hand, the uninitiated, the curious, and – dare we say it – the general public will feel somewhat on their own and confused, abandoned between story and narrative with no clues for deciphering references and symbols. There are no texts on the walls to justify or even shed light on the hang of the works alongside the pages chosen; nor do we know why Bacon's literary influences became particularly powerful from 1971 onwards. In addition, the presence of a triptych from 1967 seems to invalidate this claim. The reasoning behind the exhibition thus threatens to elude more than one viewer. It is true that you can only see it if you book in advance, as Bacon is as boundlessly popular as ever. But even if foreseeable large numbers have to be regulated, should the idea of public service be put in jeopardy, when this was such a vital aspect in creating a Centre Pompidou for everyone?
In addition, through its highly specific theme, "Bacon en toutes lettres" (literally "Bacon in full"), it unfortunately tends to ignore other sources of inspiration that also fed the artist's creative process, like photography, his Epicurean excesses, his corrosive passions and a systemic dramatisation. The British artist captured the human tragedy through the events of his own life. While he staged a raw eroticism full of disturbing, diffuse transparencies, he also gave a vibrant delicacy to his use of colour, with its uncompromising, poetic and personal complexion. That's Bacon: unclassifiable, unique, extraordinary. Whatever paths he took, and whatever messages we want to draw from his work, his elegant simplicity triumphs and prevails despite everything.

Van Gogh’s Chaotic Return to Paris
Newsfeed
See all news
Preserving and Promoting Industrial Site
Ten Contemporary Artists Present Installations Around Egypt’s Great Pyramids
Plans for Mobile Museum Aboard a €32 Million Catamaran
Volta Miami Cancelled
Not to be missed
Exhibitions
The Palais Galliera in Paris Recounts the Adventure of…
The French edition of the world's leading fashion magazine is celebrating…
Exhibitions
Othoniel As Narcissus at the Petit Palais
The exhibition—an introductory journey through a wonderland of mythology,…
Exhibitions
Anni and Josef Albers at the Musée d'Art Moderne in …
A comprehensive show traces the lives and work of two modern art…
Exhibitions
The Mobilier National Brings Napoleon’s Palaces Back…
At the Gobelins Gallery in Paris, France’s National Furniture Depository…