Trained as an engraver, Jean Berain explored the freedom of an art form that led him to the elegant work we know. His flexible line quickly influenced all the decorative arts, anchoring it further in the Louis XIV style’s historic excellence. 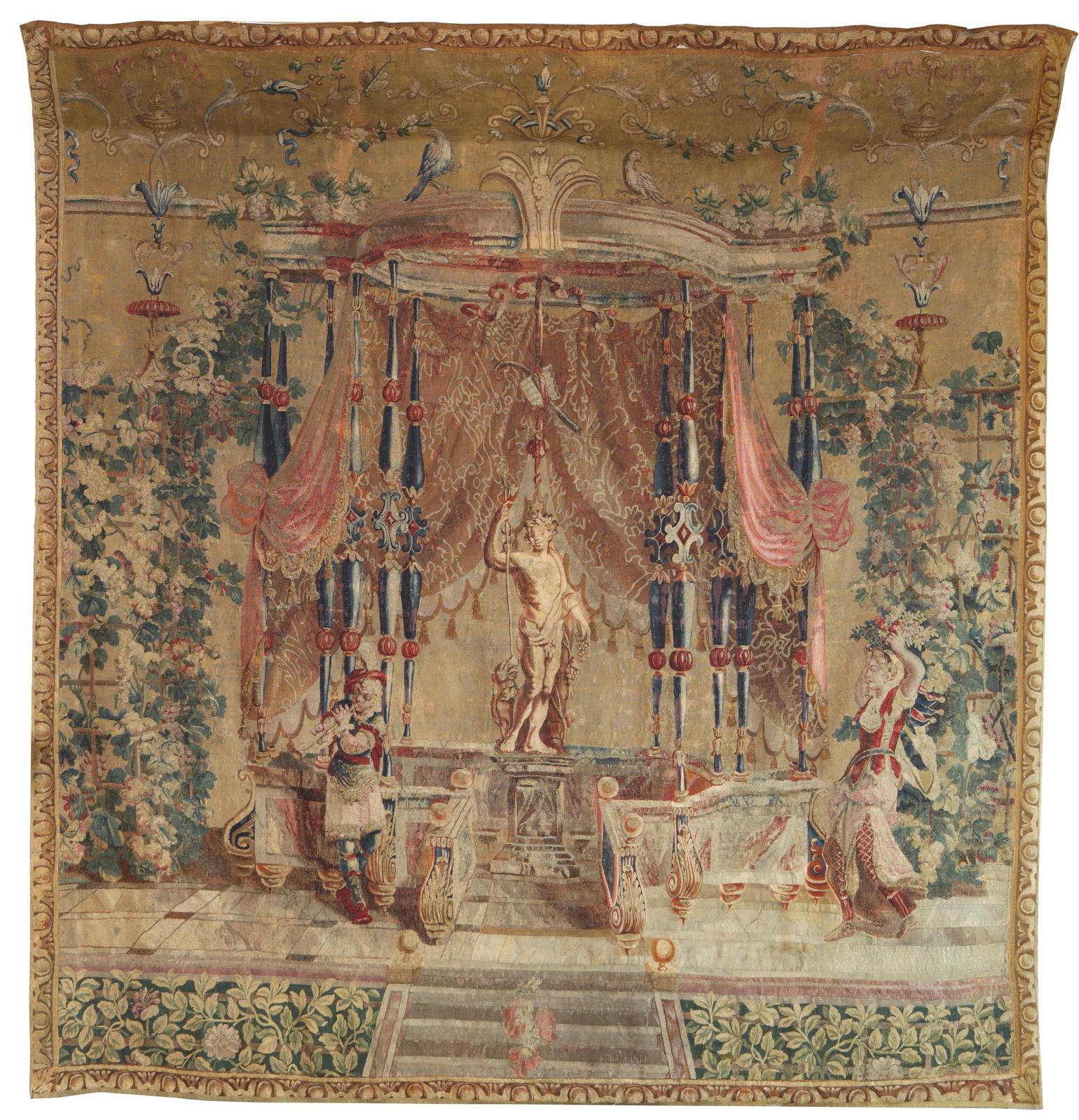 The French Renaissance was still fresh in people’s memories when the 17th century dawned with wide, opulent plant motifs. Without ever denying this heritage, Jean Berain, also known as Jean I Berain (1640-1711), created a new, assertive style that epitomizes the Louis XIV period. Its genesis can be seen in his pattern books of ornaments for arquebusiers (an artisan who crafts an arquebus, a portable gun supported by a tripod) and locksmiths published in the 1660s. Young Berain had just left his native Lorraine for Paris, where his career quickly took off. He brought with him the influence of the Lorraine Mannerists, a penchant for vegetal architecture and grotesques in unusual but delightfully light-spirited compositions: musical fauns rub shoulders with putti, monkeys and birds. His early work featured grotesques and farces, such as these charming mice hanging from a string, one of his favorite motifs.

In 1671 he entered the French king's employ for the first time in the service of the Royal Buildings, reproducing compositions by Charles Le Brun (1619-1690). Although not yet the designer, this experience immersed him in classical eloquence whose encumbering heaviness he soon strove to lighten. Berain was familiar with his forerunners’ vocabulary but had a finer, airy and graceful touch that set him apart from them. He engraved prestigious arms offered by Louis XIV and was promoted to Draughtsman of the King's Chamber and Cabinet in 1675, Draughtsman of the Gardens and Decorator of the Royal Academy of Music in 1680. These positions required the flexibility and adaptability at which he was so successful. People marveled at his imaginative costumes and sets for festivals and ballets, while the shift towards a delicate, refined splendor started with his work with Philippe Béhagle at the Beauvais workshop, where he ushered in a fanciful, lighthearted style.

The 17th-Century Style
The Sun King demanded art that reflected his glory. Berain had to tone down his style without losing the freshness that made him successful. The structure took shape in a network of rigorous symmetrical lines on which the decorative elements are based. References to classical antiquity replaced theatrical figures. Nymphs, satyrs and caryatides populate his airy architectural landscape features rising around altars and niches, while amorous turtledoves perch on shells and foliage. Berain turned borrowings from Italy into polished references serving as a showcase for the new French art the king demanded. Inhabitants of Asia, the Middle East and even America, their arms laden with gifts, visit lavishly dressed figures under luxurious canopies and draperies in superb architectural features. These visitors give the king exotic multicolored birds while royal packs of dogs run after fast-moving game.

The "Berain style" served the king so well that he was soon decorating the court and even private homes. He put together a team of assistants skilled enough to transform his sketches into paintings. These artists were the first to spread the new aesthetic. Berain’s luxurious, illuminated engravings for Louis XIV’s festivities were sent to foreign courts as royal propaganda. Then, Le Mercure Galant magazine, later Mercure de France, published engravings based on his designs. The popularity of his work kept growing. Most of his ornamental models were published from 1680 onwards, and anyone wishing to buy a pattern book could do so at his home in the Louvre galleries. After moving there in 1679, Berain was soon influencing his illustrious neighbors working in the decorative arts. Cabinetmaker André Charles Boulle, who collected his prints, goldsmith Nicolas de Launay and his own son-in-law, the king's watchmaker Jacques III Thuret, all adopted his style. He was also a friend of Marcelin Charlier, a famous master draper, and Pierre de Montarsy, jeweler to the royal family.

Although not a member of the French Royal Academy of Painting and Sculpture, Bérain became one of the court’s most influential artists. As early as 1680, wealthy patrons, including the Jean-Baptise Colbert the Marquis de Seignelay (1651-1690, French secretary of state under Louis XIV), called upon him. He provided the Queen of Sweden with drawings of furniture, carriages and tableware. In France, he influenced the decorative arts, including Moustiers faience, majolica from Rouen and Marseille, Beauvais and Gobelins tapestries, marquetry, fireplaces, locks and ironwork.

Shedding the heaviness of an aging genre, his line became more flexible. Without sacrificing symmetry, he distilled lacy lambriquins, arabesques and tapered scrolls, replacing comical grotesques with elegant mythological figures. By the dawn of the 18th century, Bérain’s charming, intertwining exotic fantasies had ushered in a graceful, intimate style, gaining in refinement what it had lost in stifling solemnity. His polite frivolity and distinguished lightness portended the French Regency style.

A 17th-Century Ethiopian Prince
Not to be missed
Glossary