Augustin Rouart: Painting as Legacy at the Petit Palais

The small-scale but dense exhibition devoted to "magic realist" Augustin Rouart, after a donation of 12 of his works to the museum, reveals a pure, clear style with a timeless quality. 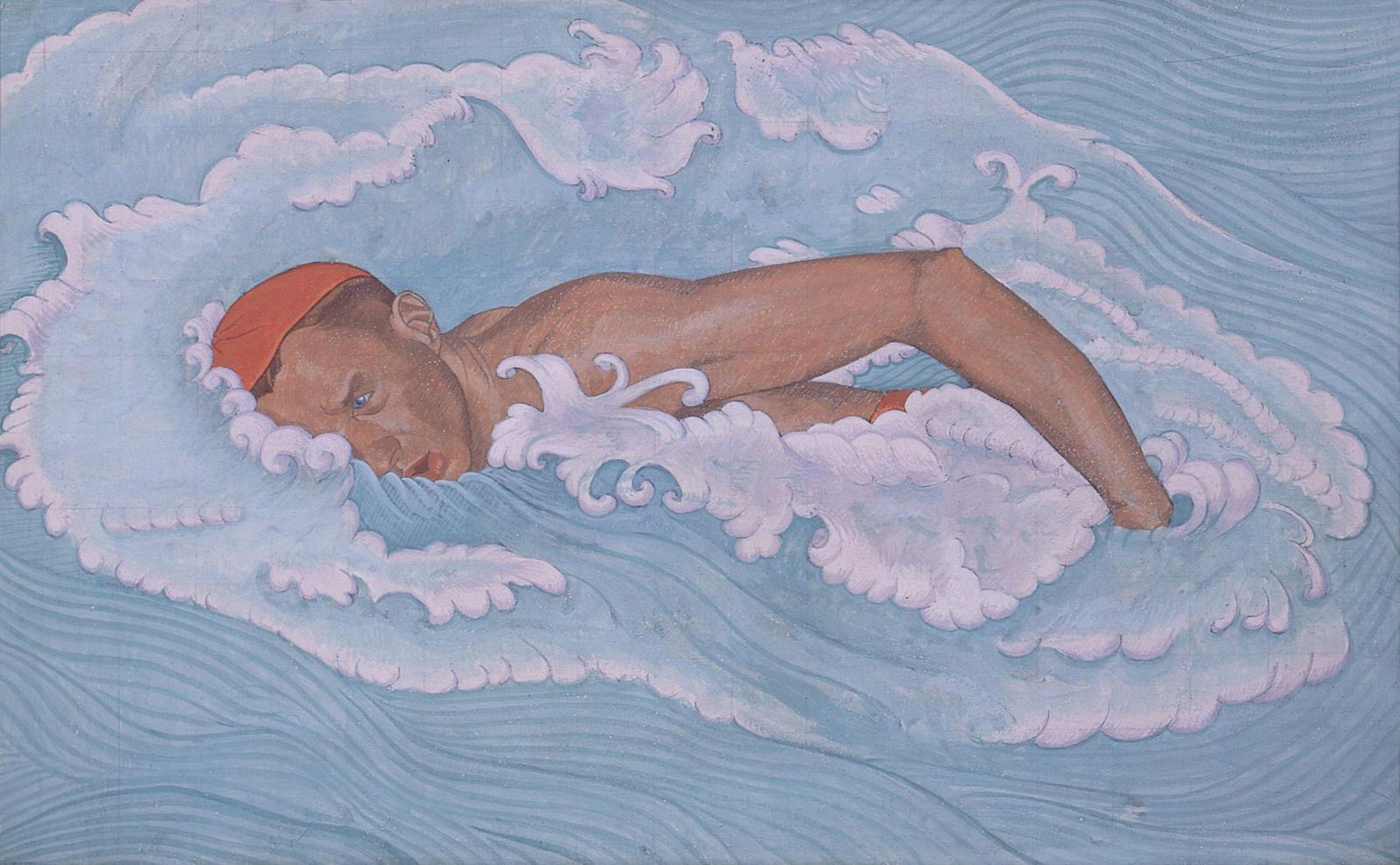 A woman weeping on a lemon-yellow bed, a dreamy child fishing with a net and a red-capped swimmer cleaving the foam are three masterpieces alone worth a detour to the small-scale but dense exhibition devoted to "magic realist" Augustin Rouart (1907-1997) and his "constellation". For one cannot exist without the other, as we are reminded by this hang of the permanent collections in this Parisian museum, now re-thought thanks to a donation of 12 works by his son Jean-Marie, a member of the Académie Française.

You need a family tree to understand the genealogy of this family of aesthetes, whose history is a positive saga. On one side, Henri Rouart; on the other, Henry Lerolle (1828-1929), both painters and collectors. Two of Rouart's sons—Eugène and Louis—married Lerolle's daughters—Yvonne and Christine—while Rouart's youngest son Ernest married Julie Manet, daughter of Berthe Morisot and Eugène Manet, the painter's younger brother. Great minds of the century gravitated around this family, including Degas, Renoir, Debussy, Paul Valéry, all close friends and good influences. This was the fertile setting for the early years of Augustin, Henri Rouart's grandson and Louis Rouart's fourth son.

Placed back-to-back on two rows of desks, 20 of his enchanting paintings in tempera or oils on wood or cardboard, proudly hold their own against Vallotton, Gauguin, Bonnard, Cézanne and Cassatt. Their subjects are as tender as their colors, deployed in flat tints: his sleeping son, a solitary tree on the banks of the Seine, a metro station at night, a bunch of daffodils, its reflection. Closer to Renaissance and Japanese prints than to the beloved Impressionism of his entourage, the "modernist of the 1930s" developed a pure, clear style with a timeless quality, although influenced by the Nabi movement. This can be seen in the three huge decorative panels of the "Soir Florentin" ("Florentine Evening") cycle by his only teacher, Maurice Denis—who drew his portrait in pencil when he was three months old.