Auguste Herbin’s abstract work is based on his visual alphabet, a true compendium of his theories. 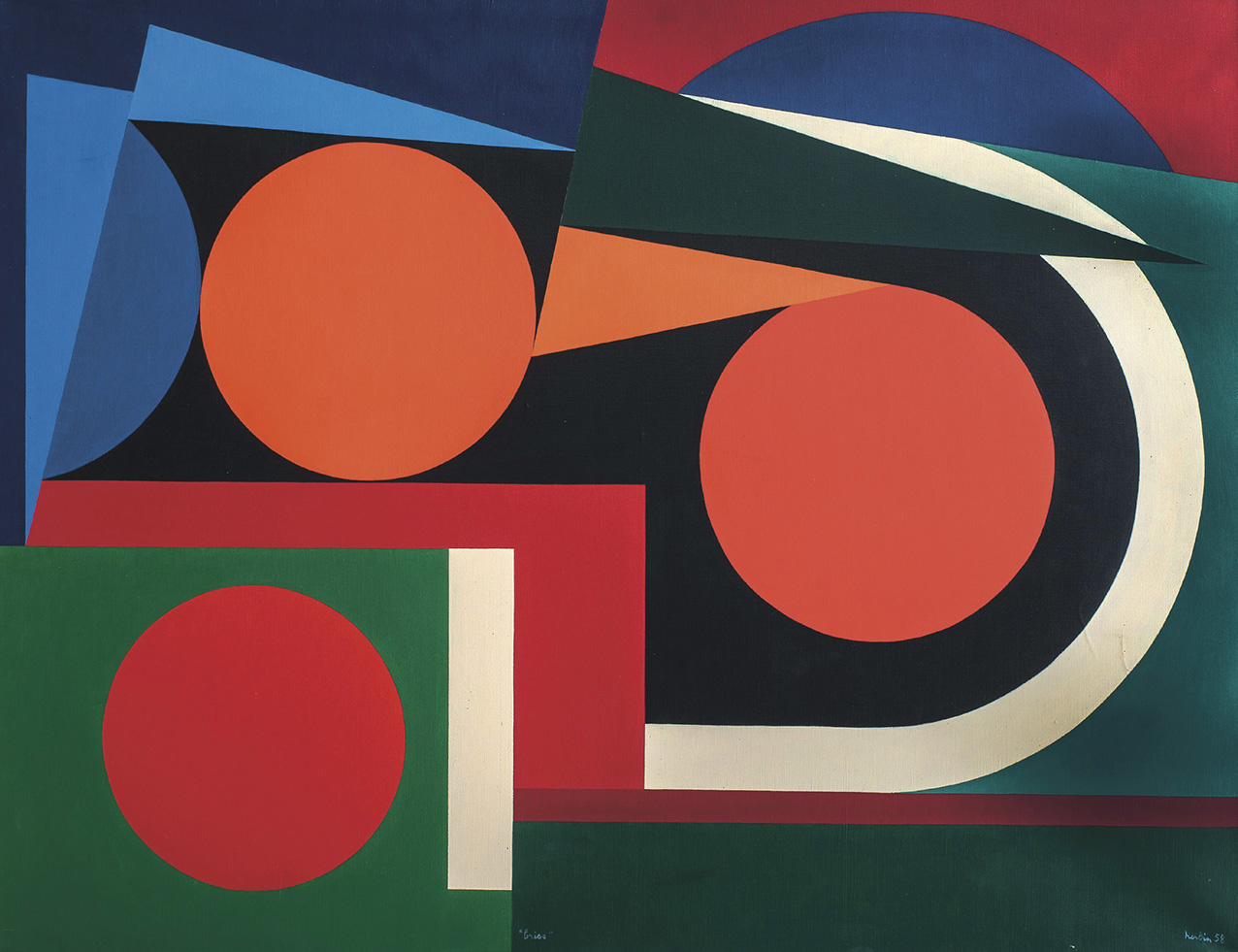 Dotted with exhibition labels—Turin, Bern, Amsterdam, Fribourg—Auguste Herbin’s Brise (Breeze) pulses with an energy that pushed the bidding up to €112,056. It is unclear whether the wind came from the west or from the east, but it does not actually matter. constructed of harshly colored geometric figures, the painting sums up Herbin’s style. He cycled his way through Impressionism, Fauvism and Cubism—a 1923 Cezanne-like Cubist figurative painting, La Loue à Moutier (The Loue at Moutier, 60 x 92 cm, 23.63 x 36.23 in), sold afterward for €52,808—before, in 1917, throwing himself into abstraction, or, more exactly, non-figurative geometrical art, becoming one of its leading French proponents and theorists.

in 1931 Herbin and Georges Vantongerloo co-founded the artists’ association Abstraction-Creation. In 1946 he developed a visual alphabet with a system of composition based on synesthesia: each of 26 colors corresponds to a letter, a shape and a sound. In 1949 he gathered his thoughts in the book L'art non-figuratif non-objective (Non-figurative, Non-objective Art). His paintings were based on a single word, giving them their titles, that plays on relationships between letters, shapes, colors and musical sounds. In 1953 Herbin suffered a stroke and became paralyzed on his right side. He did not give up and learned to paint with his left hand with the same rigor he had always applied to his works.