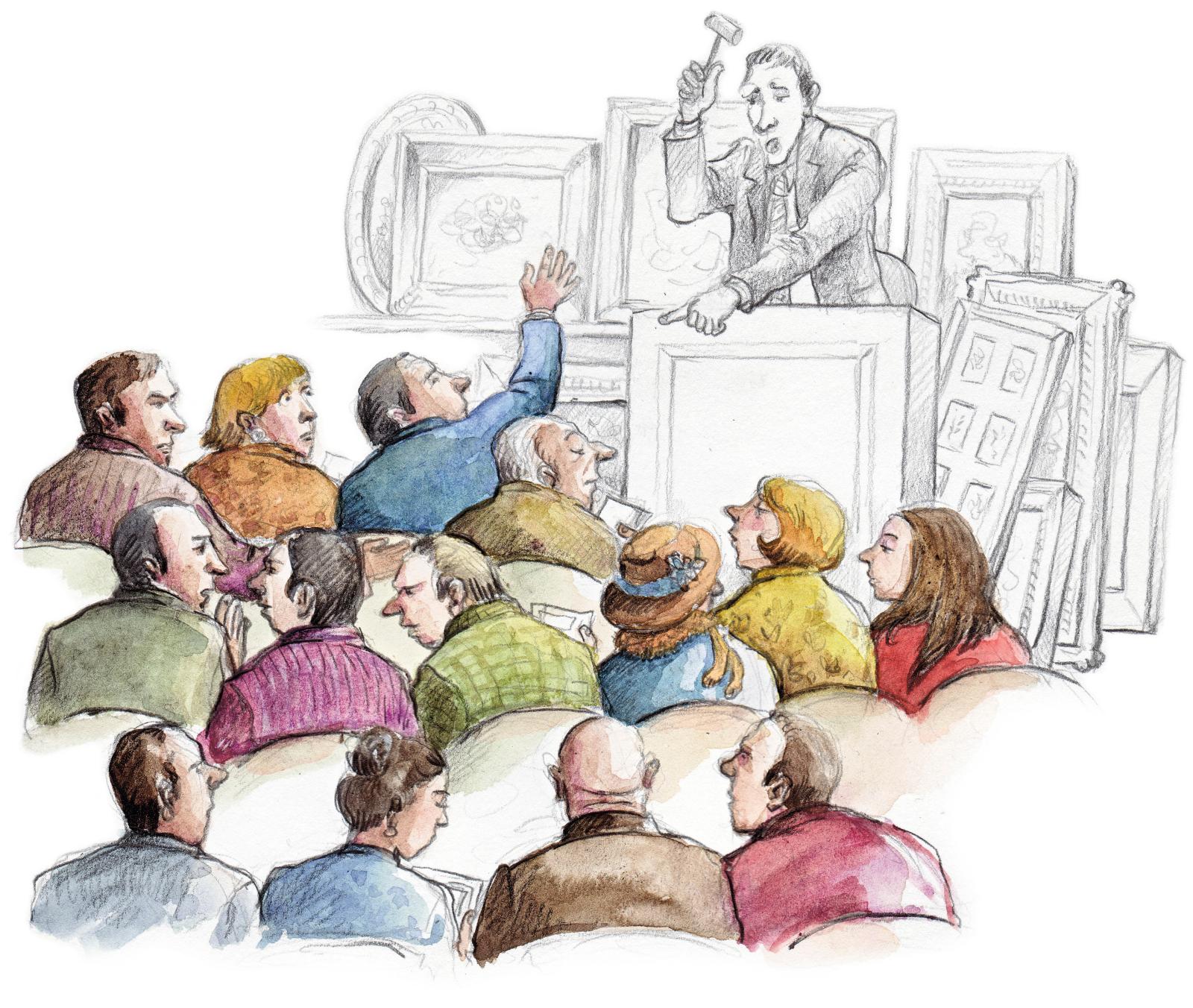 The Paris market is said to be more immune to fluctuations than those of New York and London. This year, the Hôtel Drouot mirrored it, calmly staying the course with a total turnover of €376 million, including €92.8 M for the 128 collections dispersed there. Drouot remains France’s leading marketplace, confirming its good relations with public institutions, which exercised their preemption right 224 times. The year ended with a record-breaking €806,000 for Flemish painter Daniel Seghersat under the hammer of Drouot Estimations on 14 December and the successful fourth session of Aristophil’s letter and manuscript auctions. The company’s shareholders have reasons to be happy: Aguttes passed the symbolic milestone of €50 M and its turnover rose by 14%, closely followed by Millon (€45 M), while Leclère, with auctions in Paris and Marseille, consolidated its growth (€22.5 M). The top of the rankings shifted slightly this year. Sotheby's (€251.4 M) overtook Christie's (€234.3 M) for once. France’s Artcurial settled for a slight increase of 2% (€195,3 M) and achieved a breakthrough in Old Masters, placing it first in France in that category. Sotheby's also boasted the year’s highest bid: €16.2 M for a Qianlong Chinese vase. Outside Paris, sales rose by 6% at Fontainebleau’s Osenat (€22.74 M) and 2% at the Ivoire group and its 13 auction houses, which reaped €64 M. Vendôme’s Rouillac had its best year since 2013 (€13.1 M), thanks in particular to a world record for a painting by the Le Nain brothers (€3.6 M).

Art Market Overview: the Chinese Market in Decline
Newsfeed
See all news
Activists Use Stolen Confederate Statue as Toilet, Confederate Flag as Tissue
Xavier Lalanne’s Grand Canard Sells for Nearly €2M
Frieze Los Angeles 2021 Cancelled for Second Year Running
Janet Jackson to Auction Personal Treasures
Not to be missed
Market Trends
Van Gogh: An Auction Rollercoaster
The auction of this view of Montmartre was beset by a series of…
Market Trends
NFTs: What Are People Really Buying?
p rices for NFTs have skyrocketed in recent weeks, but huge misunderstandings…
Market Trends
The Art Market by UBS and Art Basel: 2020 Could Have…
A big drop, it's true, but not a collapse. The art market seems…
Market Trends
Between the Primary and Secondary Markets, Galleries…
This spring, Emmanuel Perrotin will open his ninth space in the…