For 60 years, this car has been pampered by its owners, who enjoyed its elegant plum-colored body and in-line six-cylinder engine. 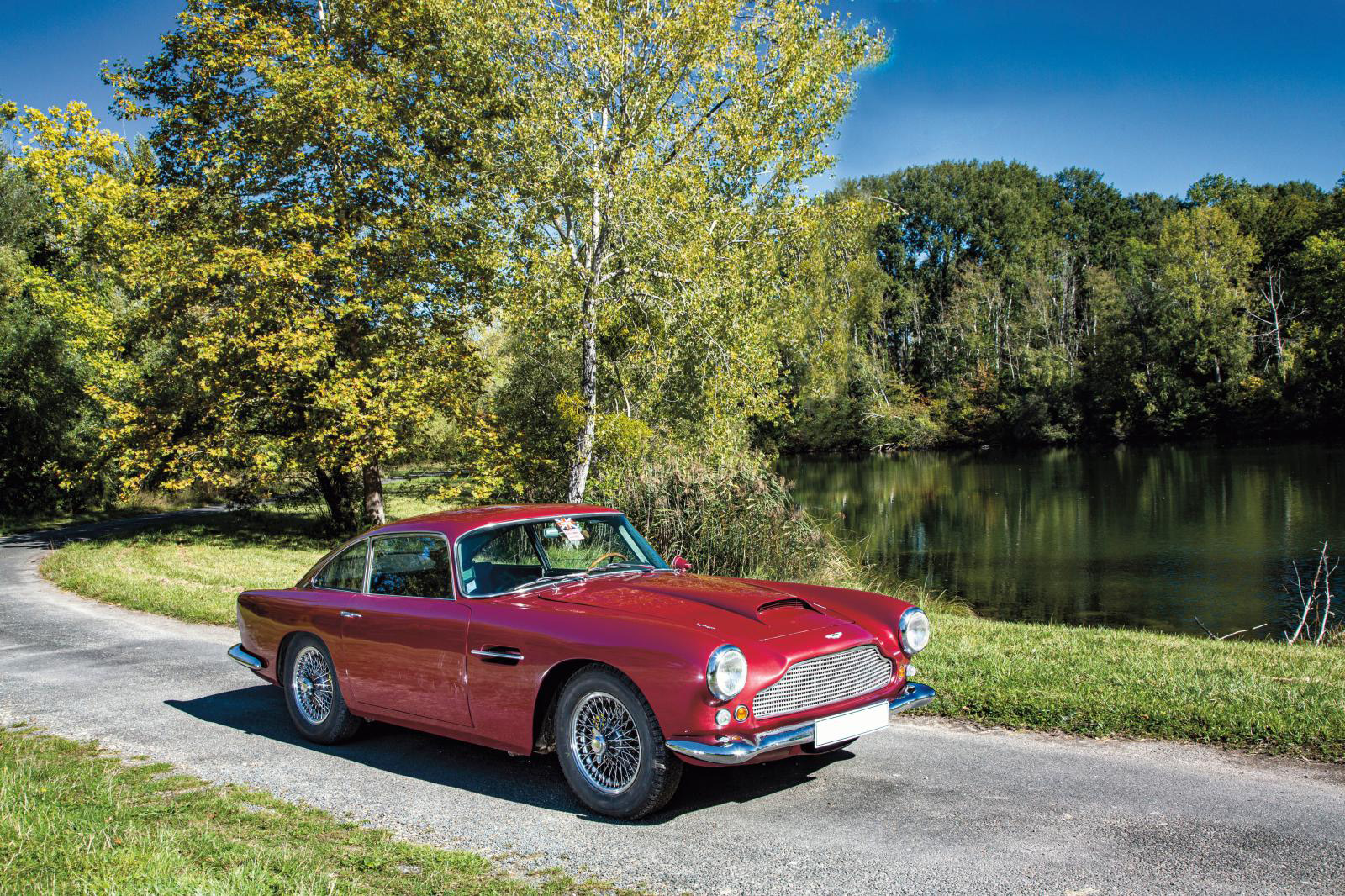 This automobile has only had four owners. All of them treated it with the utmost care, changing almost nothing of its original condition and keeping the engine purring. They even retained its rare original plum color and black leather, which today has a beautiful patina. This model came out of its British factory in 1961, the same year series III was introduced; it was only made for two years. The first owner was a wealthy wool manufacturer from the Pyrenees, the second a dancer in Paris and the third a banker named Bertin, who had it restored by a specialist, Richard Williams, in London. In 1977, it was bought by M. M. (who collected English automobiles and wrote books about Aston Martins) as one of his treasures and is only emerging today at auction.

Launched at the 1958 London Motor Show, the DB4 is a very special model for the brand. The initials DB stand for David Brown, who had been the company’s owner since 1947. The car signaled the revival of Aston Martin and ushered the manufacturer into the modern era. Two large SU HD8 carburetors fed its new in-line six-cylinder engine with double aluminum camshafts, and its new-generation body was built using the Superleggera technique developed by the Milan company Carrozzeria Touring: welded aluminum panels supported by a tubular lattice. Several versions were produced in the following years, including the DB4 GT Zagato, and, in 1961, the Series III, which had new rear lights but retained the original grille of the first series. The DB drove sales to new heights and remained an Aston Martin reference.