Arts of China and Japan: The Sacred and the Intimate

In Lyon, the arts of the Far East were represented in all their geographical diversity through netsukes, porcelains, bronzes and religious statues. 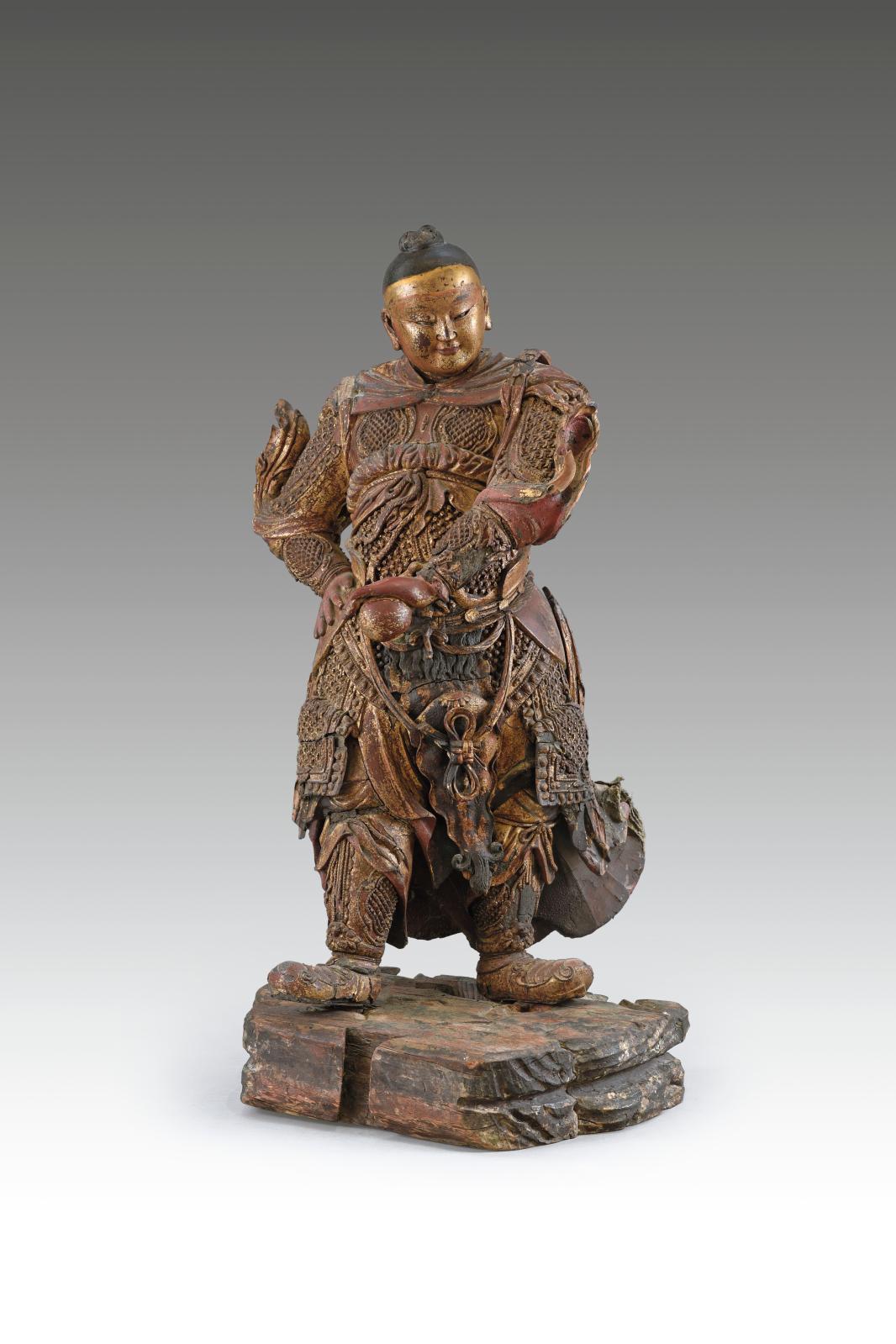 The smiling effigy of a large Buddhist temple guardian in carved wood, 1.20 m high, attracted no less than €87,500, quadrupling his original high estimate. This Chinese sculpture dated from the Transition period, that moment of grace between the Ming and Qing dynasties in around 1650, when the expression of figures became increasingly gentle and benevolent. Following on, the Buddha in person was embodied in a bronze statue with a gold patina, seated in a meditative position on a lotus-shaped pedestal, holding a libation cup. Produced in the Celestial Empire in the 16th century, the divinity garnered €8,125. Meanwhile, porcelain took many forms, including a sophisticated-looking pair of 19th century hexagonal vases (h. 35.5 cm), with an openwork design of "tsuba" shaped medallions and a decoration of court scenes (€5,250). We then move to Japan with some of its most iconic pieces, like a charming ivory Edo period netsuke (1603-1868) of a sleeping tiger, with a finely engraved pelt and a head curiously similar to a cat's (l. 4.2 cm). Signed "Masanao", it dated from around 1820, and was pocketed for €23,750.