With its well-conceived architecture, a far cry from aesthetic effects and ostentatious prowess, Istanbul once again vaunts its cultural ambitions. 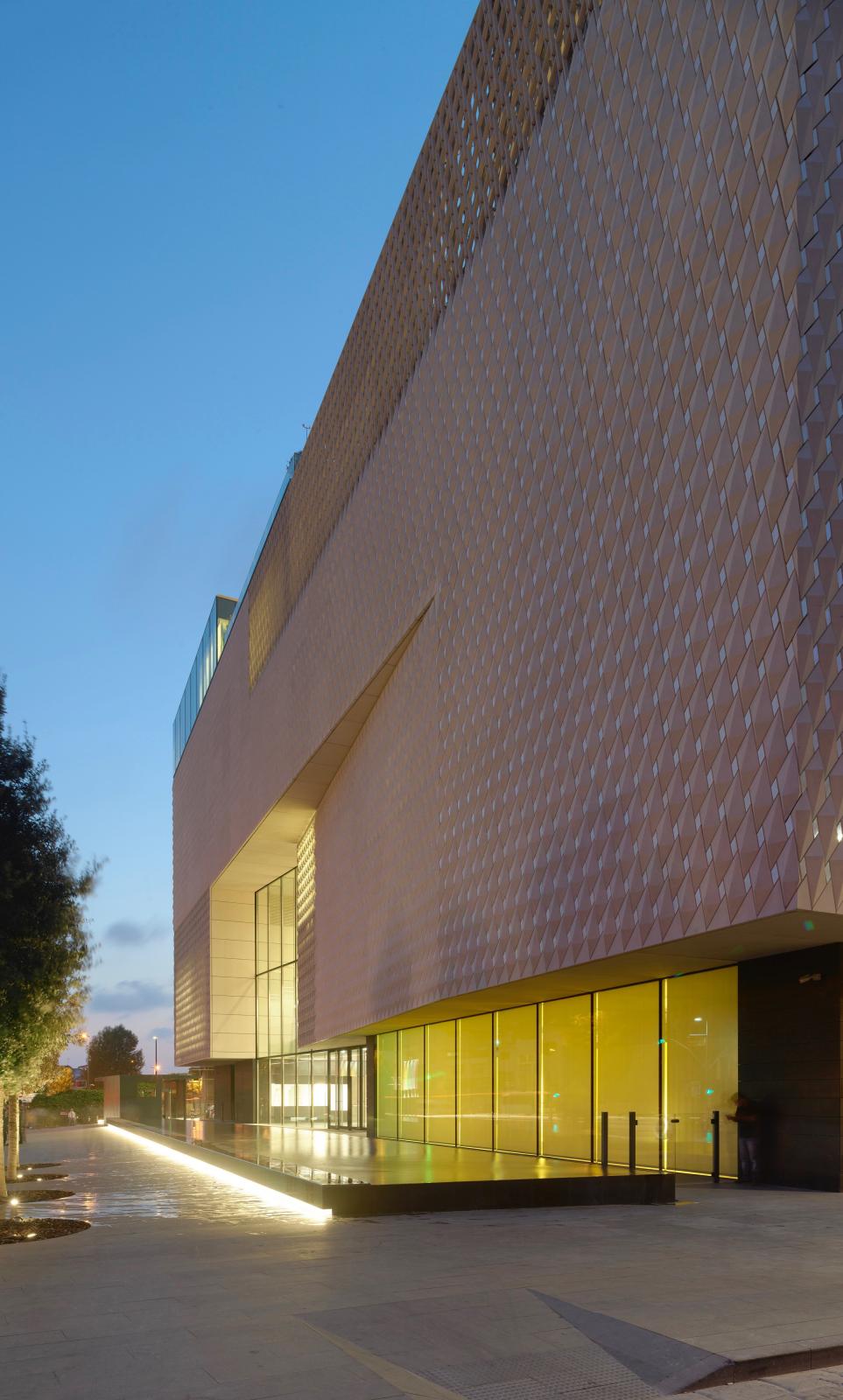 Like London, Istanbul is a state within a state, fired by the fever of urban construction sites, where two leading cultural institutions have recently emerged. The most imposing, the new headquarters of Istanbul Modern (designed by Renzo Piano), is not yet finished, but was opened to the public temporarily for the events of the most recent Biennial. And with last autumn's inauguration of Arter, a stone's throw from Taksim Square, the city now offers the public another large space dedicated to every discipline in contemporary art. Created by the Vehbi Koç Foundation, this was first housed in a more modest venue on the famous Istiklal Avenue, and started up a respectable series of art events in 2010. That first version, the equivalent of a large gallery, was a kind of launching pad. Arter's new building is much bigger – 18,000 m2 over six floors – and features numerous exhibition rooms, two auditoriums, a reserve to house the foundation's contemporary art collection, an open-air terrace to accommodate the sculptures, a documentary library, a bistro and a bookstore. Although its cubist silhouette is in relative harmony with the architecture of the surrounding houses and buildings, the building's proportions, colours and materials make it seem out of place. There has been talk of "gentrification" in a very lively working-class district, and Arter's director, Melih Fereli, does not deny it. But he regularly welcomes the neighbourhood children, has had a second entrance built at the back of the building, on the side of the steep streets and the nearest small buildings, and is making every effort to offer free visits to the local people.

A Multidisciplinary Vocation
Designed by Grimshaw Architects, the instigators of the new Istanbul airport project, the building has a stocky, rather ordinary silhouette. But as soon as you get close, you can see that it is a highly effective space. Once inside, you are further impressed by its expertise: the clarity of the volumes, their astonishing linking areas and the recurrent, highly suggestive dialogue with the outside environment. The facade's motif, based on a very "3D" openwork lozenge while taking inspiration from the Ottoman tradition, is extremely appealing. Its opalescent tinted patina echoes the city's beautiful lights, sometimes muted and sometimes amplified by the ambient pollution. The reception, equipment and communication tools are highly sophisticated.
Melih Fereli, who comes from the festival and opera world, speaks impeccable, cheerfully refined English: "The inauguration of Arter in 2019 coincided with the 50th anniversary of the Vehbi Koç Foundation. We have a multidisciplinary mission, here. The works show off the foundation's collection, which is rooted in conceptual art, but we also continue to promote and commission artistic work in all kinds of fields, like music, dance, theatre, sound art, film and literature. We devote particular attention to informative and educational activities, and offer free admission to youngsters under 24, as we see art as a key to understanding our times. We also produce publications to stimulate discussions on the current scene. These are bilingual, in Turkish and English, and designed to contribute to research on art history." Everything is done to appeal to the local and foreign public, as witness the seven inaugural exhibitions. This voracious achievement may be excessive, but was intended to show Arter's strength from the outset. And the quality is undeniable: "What Time Is It?" and "Words Are Very Unnecessary" present the collection's content (until 2 February), including works by Füsun Onur, Ayse Erkmen, Jonas Mekas and Sigmar Polke. But the key piece is undoubtedly the one produced by Sarkis, Çaylan Sokak: an evocation of his family home, all the more moving as this house once stood a few metres from Arter's current headquarters. The other highlight of the programme is the monograph devoted to Altan Gürman (until 9 February), an artist from Istanbul whose work is still only known to a few. Most pieces date back to the 1960s and 1970s; their highly iconic, minimalist images systematically refer to the effects of the military dictatorship of the time. Light yet austere, graphic, always inventive and bordering on the delirious, they are imbued with poetry and tenderness. An installation by Céleste Boursier-Mougenot, another equally impressive one by Rosa Barba and a monograph devoted to Ayse Erkmen (until 8 March) complete the group.


Arter is now the main showcase of the Vehbi Koç Foundation (VKV, Vehbi Koç Vakfi), the cultural offshoot of Koç Holding, a giant conglomerate founded in 1926 by Vehbi Koç (1901-1996), with nearly 9,300 employees and a turnover of nearly €28 billion. The history of the holding company and its founder is closely linked with the emergence of the Turkish Republic and its industrialisation during the 20th century, as well as to the rise of a powerful employers' organisation, the Tüsiad. For its part, the foundation is a modern, secularised variant of the vakif, a non-profit religious institution widespread under the Ottoman Empire. From the middle of the 20th century, the country's major foundations were heavily involved in health, education and culture. They helped to protect the heritage of wealthy families, while contributing to their prestige. Their cultural and artistic commitment grew significantly from the 1980s onwards.
Sadberk Hanim, wife of Vehbi Koç, was behind the foundation's first nucleus of works, and also the country's first private museum, which opened in the Sariyer district in 1980. Her personal collection of Ottoman, Anatolian, Asian and European archaeological finds, costumes and jewellery can be seen here. Rahmi M. Koç, her son, was responsible for the opening of a museum centre divided into three parts, covering industry, transport and engineering, as well as communication. His sister Suna and her husband Inan Kirac founded the Pera Museum in the heart of Istanbul to house their art collection. Meanwhile, the former Arter premises did not disappear after the opening of the new headquarters: the venue is now called Mesher and also offers a contemporary art programme. In addition to managing Akmed and Anamed (two study and research centres dedicated to Mediterranean cultures) and Vekam, an organisation dedicated to the memory of Ankara, the Vehbi Koç Foundation has been sponsoring the Istanbul Biennial and the Turkish pavilion at the Venice Biennale since 2007. It made a $10 million donation to the Metropolitan Museum of Art in New York in 2009, and is also regularly involved in restoration campaigns for Turkish historical monuments.
Arter, Istanbul.
www.arter.org.tr

Björn Dalhström: Cosmopolitan Director of the Nouveau Musée National de Monaco
Not to be missed
Analyses

The Louvre has launched a major fund-raising drive to acquire the...