The flagship product of the second half of the 2010s, the art secured loan, has been increasingly beleaguered since the start of the year, raising questions about the present and future of an opaque market. 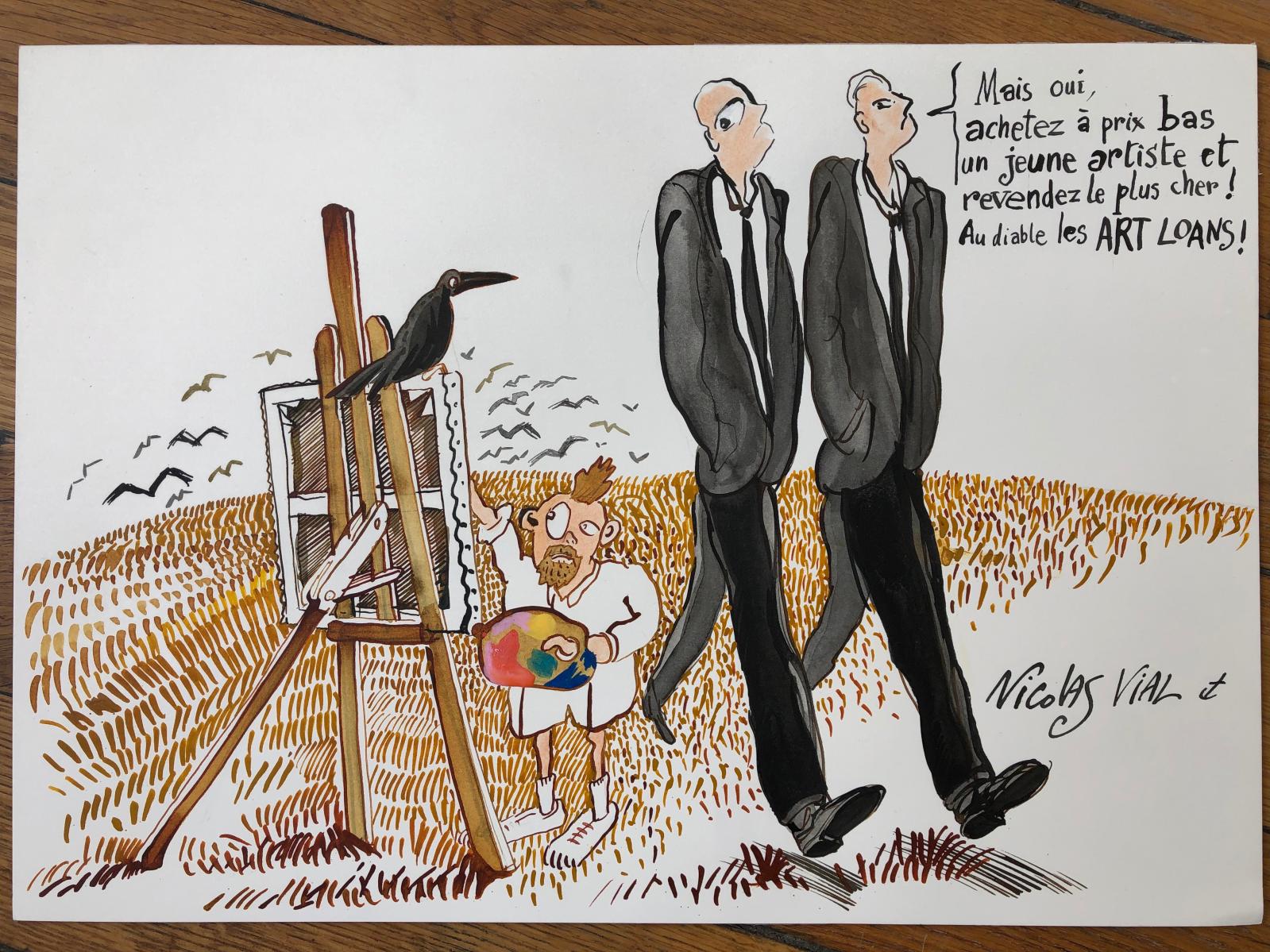 In April, YieldStreet, a digital finance management platform for alternative investments, bought Athena Art Finance just for the book value of its loan portfolio. The transaction cast a chill over the art secured lending sector, considered a few years ago as the major trend in art as a financial asset. At the beginning of the year, other companies offering this type of service – like Borro – simply stopped accepting works as loan collateral. So what has happened to the art loan goose that laid the golden eggs?

One trend drives out another
Every ten years, a new product enters the finance sector dedicated to art. The 2000s saw the reappearance of funds, presented as the ultimate investment vehicle in this field… but a few years later, it turned out that investors weren't very patient when their "collections" weren't hanging on a wall, and this type of fund very quietly vanished. Their greatest handicap lay in their fixed costs, particularly those concerning staff. In the finance sector, the only other assets frozen for such a long period – ten years – are venture capital funds. Usually, analysts work tirelessly to react quickly to market fluctuations, but with art funds they are only in possession of works chosen by "specialists", waiting for them to gain value, or seizing a brief window of opportunity to sell them off. The great majority of funds dedicated to art were thus extinguished before the end of their vesting period, with many of them, like the Plural Golden Art Fund, being liquidated through private auctions for their shareholders. After this failure, financers came up with the idea of art loans. The idea was simple: to use artworks as security. Banks were initially reticent because of the proverbial illiquidity of artworks. They also suffered from a dearth of information when it came to correctly assessing the value of assets or selling them off in the event of default. But during the last ten years, by now aware of the considerable proportion represented by art in their customers' fortunes, they created dedicated departments, thus establishing a link between the banking sector and the art world. Customers were not contractually obliged to have their artworks held in trust to receive a loan, meaning they could raise capital without changing their way of life. The potential seemed promising, particularly for short-term loans…

Going with the flow
In 2016, at the ninth Art & Finance conference staged in March by Deloitte in Amsterdam, everyone was talking about art secured lending. One round table brought together three independent lenders: Andrea Danese, CEO of Athena Art Finance (the company that democratised the product with the general public), Tim Hunter of Falcon Fine Art and Philip Hoffman of the Fine Art Group (formerly the Fine Art Fund, which then moved over to art loans). Three years on, Athena was sold for $170 M, i.e. the value of its loan portfolio, with the buyer, YieldStreet, banking on no prospects for growth. The transaction involved a very modest amount for the finance world, too, as the Carlyle group had initially invested $280 M in the company... This was not an isolated case. A little earlier, another lender, Borro, simply stopped accepting works as collateral, and Falcon Fine Art was bought up by the Fine Art Group – in other words, the two other participants in the 2016 conference. These specialist lenders raised capital with third parties to advance it to collectors. Two other types of player have proved bolder, essentially because this activity is not their core activity: big auction houses and private banks. For example, Sotheby’s Financial Services has lent over $4 billion over the last twenty-five years. It is far less costly for the company to maintain this business, since it is skilled in assessing the value of works and can sell them if there is a problem. Meanwhile, private banks have access to cheaper money, which enables them to offer their customers low interest rates and improve their margins.

Bad timing
Art lenders have also been the victims of the worst period in monetary history, with market interest rates the lowest ever recorded. Europe is on the brink of the liquidity trap described in Keynesian economics (where interest rates and inflation are close to zero), and the American Federal Reserve does not seem to want to raise rates in the short-term, fearful of dragging the global economy into recession.
Cynthia Sachs, Athena's Chief Investment Officer, is sanguine nonetheless: "Key interest rate cuts in Europe have not affected growth in our loans, as the US is the world's most favourable market for credit."  This does not reflect the fact that Athena was sold for its book value alone, when it had lent $225 M… But Cynthia Sachs points out that "this class of assets is still in its infancy, and is continuing to gain ground. Thanks to our partnerships and programmes, we are continuing to educate the art market, and we provide new customers with financing every day." It's the same story with Freya Stewart, CEO of the Art Lending business of the Fine Art Group: "We have never had so many applications. What is really interesting is the increasingly varied ways in which our customers plan to use art secured financing: a trend I'm convinced will continue."
Art loans will not disappear, and may perhaps make further strides, especially when a new generation of collectors has access to them. But for the moment, they only concern a very small percentage of the art and finance markets, and their profitability is in question. Should the finance world be already looking for the next product to create a buzz? One thing is certain: the best way to make money in the art world is not to mingle it with finance. All it takes is a good eye to buy cheap and sell dear…

Art Market Overview: The Chinese Market in Decline
Newsfeed
See all news
The YBCA 10: Racial Equality and Climate Justice Fellowships
Corona-Proof Hug: World Press Photo 2021
David Zwirner Heads to Hollywood
Black Cultural Archives Resign Following Controversial UK Racism Report
Not to be missed
Market Trends
Art Market Overview: The Consecration of Claire Tabouret…
Claire Tabouret (b.1981) has just become the art market’s highest-priced…
Market Trends
Van Gogh: An Auction Rollercoaster
The auction of this view of Montmartre was beset by a series of…
Market Trends
NFTs: What Are People Really Buying?
p rices for NFTs have skyrocketed in recent weeks, but huge misunderstandings…
Market Trends
The Art Market by UBS and Art Basel: 2020 Could Have…
A big drop, it's true, but not a collapse. The art market seems…