ARCO Madrid: To the Tunes of Latin American Music 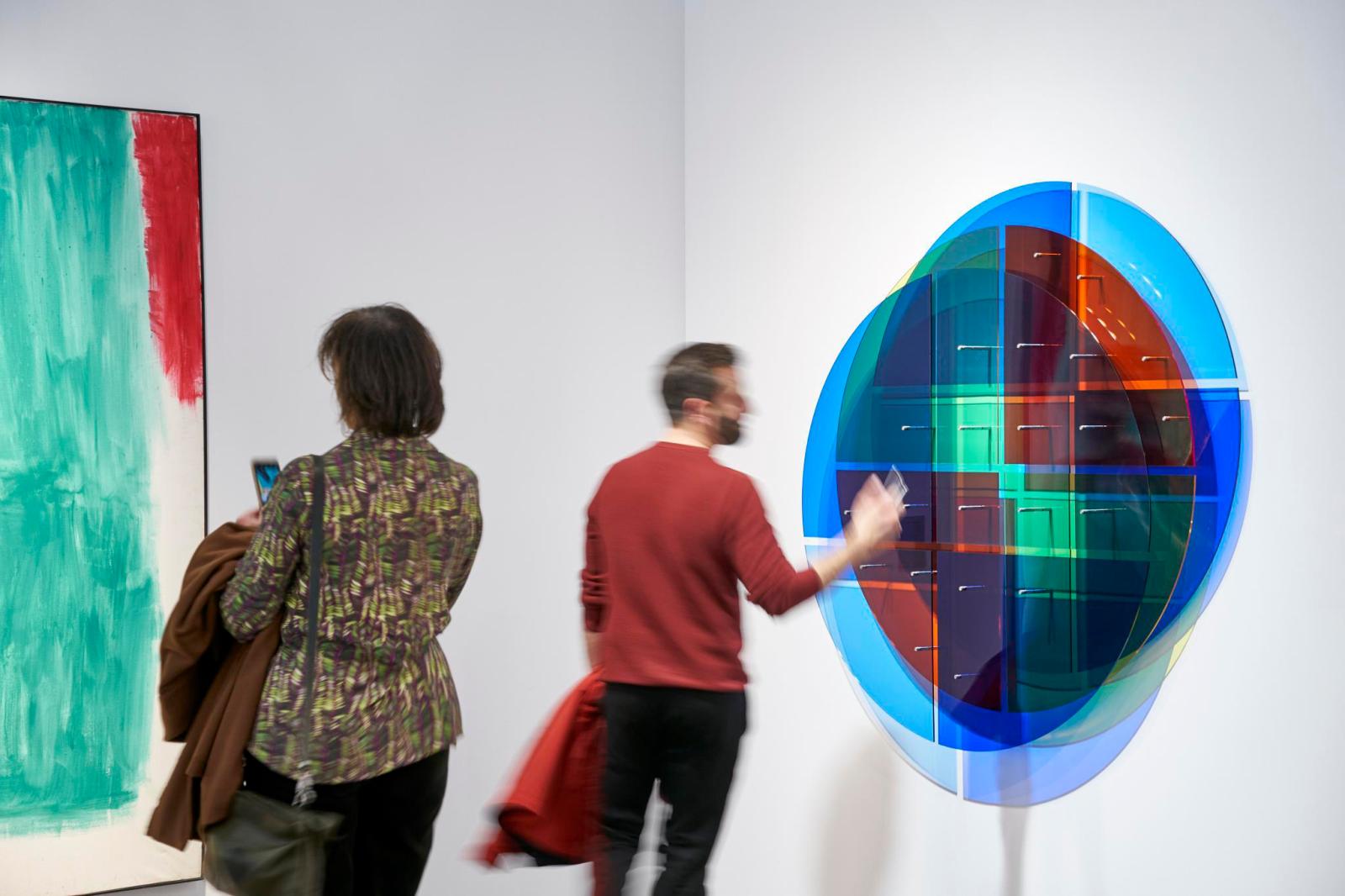 A Window on Latin America
Make no mistake: ARCO, the showcase of Spanish galleries, is also a wonderful window on Latin America, whence many exhibitors, artists and visitors come. "It's a refreshing fair,” says Patricia Marshall, a consultant who works for a major Mexican collector. “There aren't the usual suspects. The content focuses on Spain and South America and prices aren’t excessive. You can discover little-known Spanish artists from the Tàpies movement." This year ARCO offered a palette ranging from modern art, with a beautiful 1903 drawing of a shepherd by Picasso from Barcelona’s Domenech Gallery (€250,000), to recent work (2020) for the fair by Enrique Ramirez, nominated for the next Marcel Duchamp Prize, at Michel Rein's. The same Paris gallery owner presented a complex installation by Dora García shown in 2007 at the Skulptur Projekte Münster, Germany. Thaddaeus Ropac exhibited a very important piece, a folded metal wall sculpture by Rauschenberg, at $1.2M... "The galleries are making a big effort to hang," says Ms Marshall. "The public is receptive. I met some people from Mexico who are opening a foundation an hour outside of Mexico City. The fair, which focuses on Latin America, attracts groups of patrons. It's also very smart to award prizes to collectors who aren't the ones you know by heart."

What About Sales?
The Fundación Helga de Alvear has fallen for works by Roy Lichtenstein, Larry Bell, Albrecht Schnider, Ania Soliman, Miguel Ángel Campano, Maria Droc, Vera Chaves Barcellos, David Claerbout, Tobias Rehberger and Etel Adnan. Sales were steady but, some noted, somewhat slow. Lelong & Co, a pillar of the fair, sold works by Chillida, Miró and a new tapestry by Plensa, while a major collector with a museum in Miami ogled the Kiki Smith solo show at the same stand.

Italian Gallery Owners: Forsaken by the State
Not to be missed
Fairs