On the occasion of Valentine's Day, the Swiss author of books dedicated to her collection of intimate letters, testifies to a passion born twenty-seven years ago. 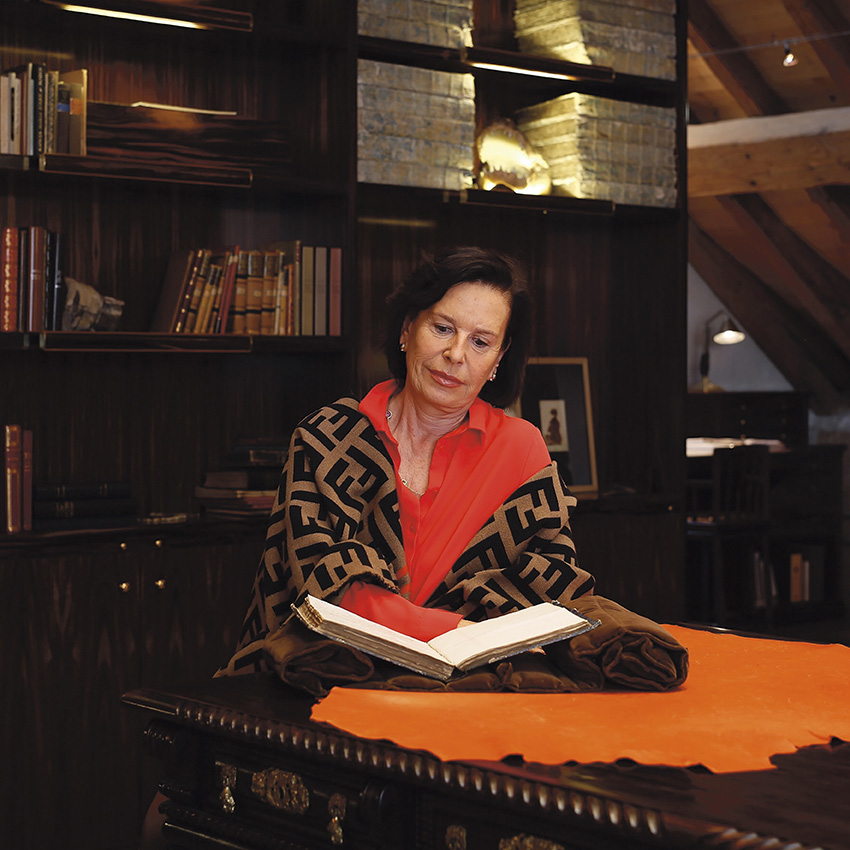 “Everywhere and all the time, it all comes down to the same story: loving and being loved,” says Anne-Marie Springer. Yet there is nothing saccharine about the collector, whom her close friends call “kooky” and describe as “delightful”. During the interview, she admitted to being “straightforward” and having her “feet on the ground”. Her personality turns out to be a kaleidoscope of colors with sober romantic tones, which came out in 1994 when her daughter Zoé was born. Ms. Springer gave the baby an unusual welcome gift: a love letter from actress Juliette Drouet to Victor Hugo. This was the genesis of a unique collection of over 2,000 intimate letters written by nearly 260 famous figures. The inquisitive-minded Ms. Springer shares this legacy of love, literally and figuratively, with the public through her books, lectures, private tours of her collection in Switzerland and museum loans.

Millennials are certainly very aware, but giving a love letter to your newborn child?
It might sound surprising at first, but for me it was an obvious thing to do: giving my daughter a world of love with this historically important letter seemed absolutely reasonable. Moreover, my interest contributed to the emergence of a niche market. That’s something I never could’ve imagined the first time I fell in love with a letter back in 1994. It was from Napoleon Bonaparte to Josephine and published in a catalog. “I have not spent a day without loving you, I have not spent a night without kissing you, I have not had a cup of tea without cursing the glory and ambition that keep me away from my life’s soulmate,” he wrote. Under the mistaken belief that only a museum could purchase it, I let the opportunity slip through my fingers.

How did your collection take shape afterward?
I spent the next few years reading and meeting passionate people. Those who left the greatest impression on me are the Paris booksellers Jean-Claude Vrain, Jean-Baptiste de Proyart and Thierry Bodin, not to mention the amazing Jean Toulet, curator of precious books at the Bibliothèque nationale de France (the French National Library), who has since passed away. They gave me advice, introduced me to rare pieces and taught me how to decipher handwriting. That fueled my passion, which gradually became an obsession. As time went by and I bought pieces at auctions, I started to broaden my collection’s original theme, love letters, by acquiring all sorts of intimate correspondence. I always let my heart be my guide. Some of my pieces only mean something to me. The idea of creating an authoritative collection was emotionally and intellectually unappealing to me.

The 2015 Aristophil scandal rocked the manuscript market. Did that hurt you as a collector?
Not really, apart from a competitor who’d pay anything to get his hands on the pieces I was interested in. Personally, I find it outrageous that such a small, exclusive market is being used to deceive people. Moreover, I see no interest in buying objects with partners, which is why I ended up not being cheated. That said, when the speculative bubble burst I was able to buy back certain documents, notably from Drouot. They include Saint-Exupéry's letters to an unknown woman, with drawings from The Little Prince.

You do in-depth historical research on your pieces. Which discoveries surprised you the most?
The marquis de Sade’s three letters to his wife Renée-Pélagie while in the Bastille, for starters. In a single letter he wrote kind remarks in normal ink and insults in invisible ink made visible with lemon juice. In another missive, he insulted his wife’s parents, whom he blamed for his incarceration. The third letter was written in coded language that has yet to be deciphered—unlike the letters Paul Gauguin sent from Tahiti to art critic André Fontainas near the end of his life. The ailing painter defended and explained his work with all his heart and soul, writing that he was enclosing an etching of his late friend Stéphane Mallarmé. A year after I’d bought the letter at the Pierre Bergé auction house, I purchased the print thanks to Jean-Baptiste de Proyart. This serendipitous discovery is currently on loan to the Bibliothèque nationale de France.

It seems that you also own an extremely rare letter from Van Gogh.
Yes, absolutely. It’s the one he wrote to Émile Bernard. It’s as moving as Paul Gauguin’s letter describing his poor condition. Ditto for Van Gogh, who explained the steps involved in creating his works, from the concept to the colors and his feelings. Their sincerity has an unsettling truth about them that no love letter can match (…).

Which pieces moved you to tears?
A letter Marie-Antoinette wrote to the comte d’Artois when she was in prison. Her husband had been guillotined and she knew that the same fate awaited her; yet this document, which was rolled around a carafe stopper, is a perfect example of courteous style and flawless spelling. Her heartfelt feelings for the count and inspirational dignity reveal a woman very different from the frivolous, trivial egotist etched in popular memory. In a completely different, humorous vein is a letter from bank robber and public enemy number one Jacques Mesrine to his wife. “Don’t worry, the banks are open,” he wrote.

Mozart: A Fugue and Canons
Not to be missed
Interviews