Daughter of the illustrious 20th-century decorative arts expert, she established herself in her own right through her knowledge and rigorous standards. We talk to the expert for the red-letter sale marking the new Paris autumn season. 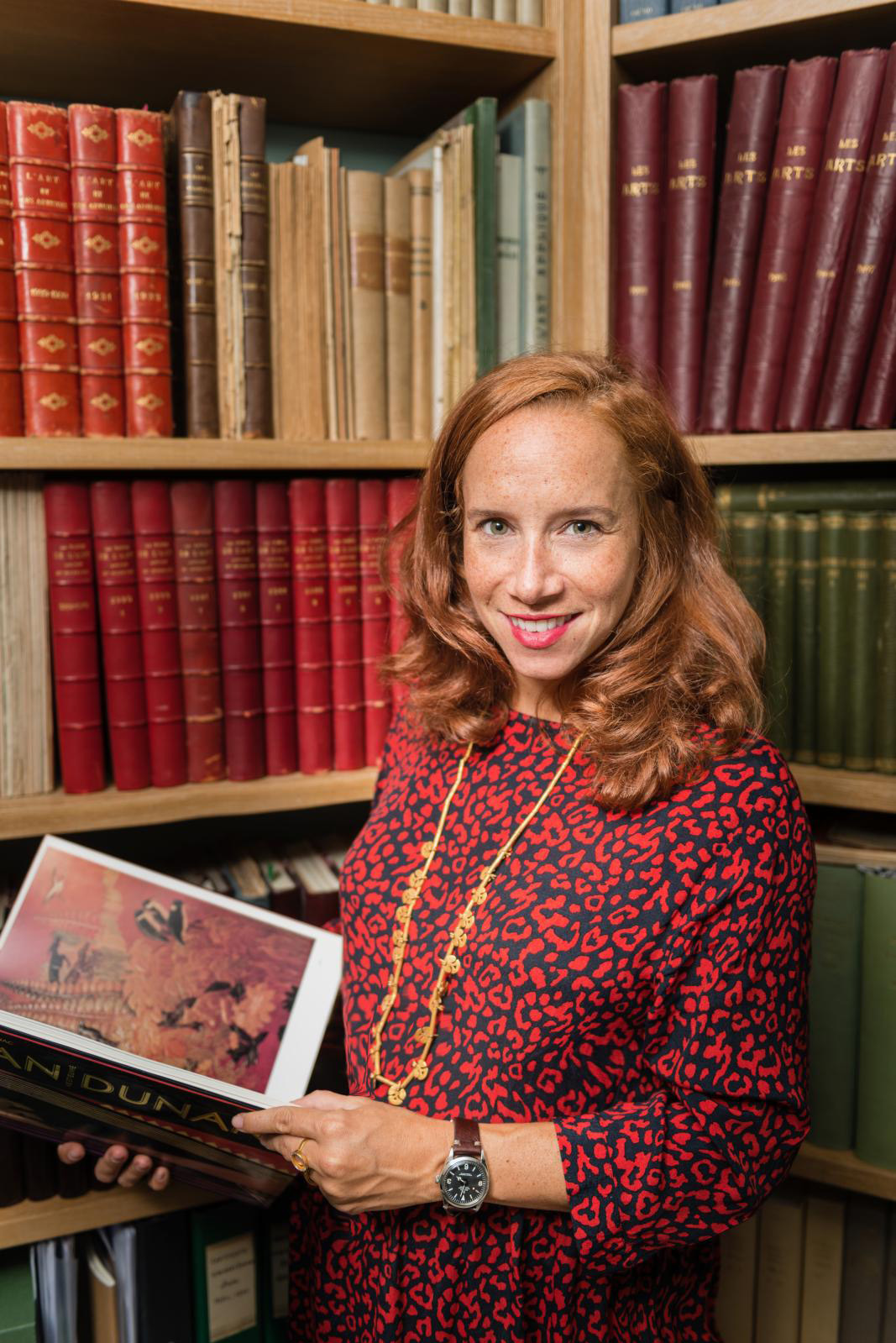 When your father, Félix Marcilhac, retired in 2014, did the division of activities between you and your brother come about naturally?
This was already the case before then, actually. My father had always thought that the gallery should be run by his son. So I worked alongside my brother, and at the same time I worked as an expert for auctions. We both knew that when our father stopped working, we'd each have our own careers. So in 2014, I took over his office on the first floor, and I bought his library.

What did you learn working alongside him between 2009 and 2014?
Thanks to him, I'm interested in the history of objects, not the commercial side. He never collected "obvious" works. For instance, he would never buy a furniture piece by Printz in palm wood with doors by Dunand, but sought out singularity. He passed this on to my brother and sisters too. This inculcated a sense of ethics, honesty and rigour in me. (…)

I suppose you are still adding to the already sizeable archives you bought from your father?
Nowadays, I tend to buy monographs, and I have kept all the documentation on all my father's publications. I've even had to find a storage place outside Paris, where I keep all his auction archives. The earliest goes back to 1971. When he set up at that time, he compiled a short leaflet listing all the catalogues and magazines, some of which he didn't have, and today I add the missing ones whenever I find them. He taught me that my strength does not lie solely in my family name, but also in my documentation. That's what I like so much about my job: exploring the history of an object, tracing it, finding out the truth (…). In my view, collectors buy a history. Many auctioneers provide descriptions without a back story, starting from the principle that objects will sell all by themselves. That might have been true in the 1970s and 80s, but now there are very few top-quality objects around, and you need to present them in their best possible light.

With your father, you began re-editing a monograph on Jean Dunand: have you completed it?
Yes, it's finished! It's coming out in October, with a signing session in my brother's gallery, and he's staging an exhibition on Dunand at the same time. My father was in charge of rewriting and extending his text for the 1991 edition, and I took on the iconography and descriptive notices, as we had done for the book on Jacques Majorelle. In the beginning, he assured me that everything was ready and there would be a thousand objects, no more – but we ended up with over double that!

How do you see the future of the Art Deco market, with fewer pieces around and increasing price indexes?
Art Deco has always been a niche market, and remains accessible to people who have decided to collect it. The increasing rarity of pieces means that the market is tending to focus on truly outstanding pieces. Twenty-odd dealers deal in that sphere alone and can afford to buy pieces for several million because they have customers lined up. The goal is the same as with the 18th century some years ago; to create collections. I myself assist two or three collectors in choosing very precise items. However, many French art lovers are continuing to buy Art Deco in Paris, not only American, Greeks and Japanese buyers. The pandemic has had the advantage of refocusing the French on their market: the first post-lockdown sales, online, were very successful in Paris, because they were seeking where to place their money. But you can't treat yourself to a designer piece any longer, either! And if it's a question of choosing between a manufactured furniture item by Charlotte Perriand and a chest of drawers by Printz, I don't hesitate very long.

What about Art Nouveau?
It's not so trendy. There are some fine pieces around outside the museums, but they rarely turn up in sales. It's a period I really love, but the French are not so enamoured of Art Nouveau, unlike the Belgians, because it represents a more totalitarian spirit than Art Deco, a politically committed movement, and consists of a market of initiates, even more than with Art Deco, which is considered almost "easy" because of forms and materials that still appeal to us now.

Is France still credible in the Decorative Arts?
Foreigners love coming to France to buy, especially Americans. We share the same Art Deco culture with them, because – like the Belgians with Art Nouveau – something clicked at the same time. But the top Art Deco dealers are still found in Paris. We attract foreign buyers because we have not only the goods but also the expertise and the knowledge, while in the US a lot of fake stuff is going around in auctions. Meanwhile, the Japanese are continuing to buy glass, but only museum-quality pieces. There are always buyers for the items you bring out. My father always said, "We have the customers for our goods."

Art Market Overview: The Thunderous Arrival of the Millennials
Newsfeed
See all news
Paris: Open House at the Père Lachaise Workshops
Preemption: Romanelli's "Justice" Is Heading the Musée du Grand Siècle
A Diamond Cross Pendant Fetches €673,100 at Drouot
London: Will the "Portrait of Omai" Enter the Collection of the National Portrait Gallery?
Not to be missed
Interviews