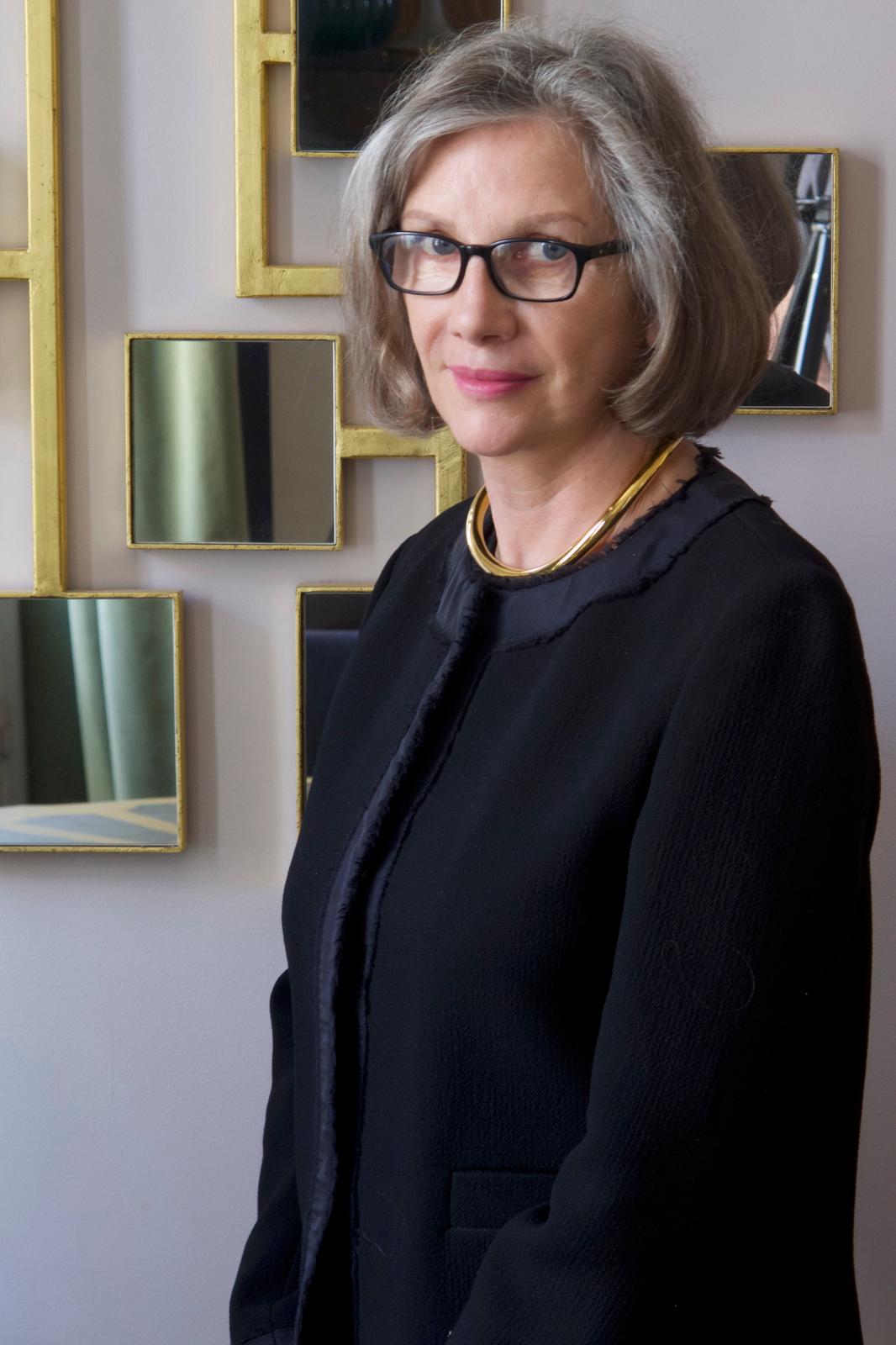 Diego Giacometti no longer needs an introduction: his work is now regarded with the same seriousness as his brother's. But what about Agnès Kentish? People who love contemporary furniture, in any case, know this vibrant woman’s name. In 1984 she and Frédéric de Luca created the gallery En attendant les barbares (translated as “Waiting for the Barbarians”),  which has gone down in the history of 20th-century decorative arts thanks to a high-powered designer duo: Élizabeth Garouste and Mattia Bonetti. Thirty-six years later, Ms. Kentish’s passion is unabated. For her new show, she has asked her favourite designers to evoke Giacometti with original pieces.

Why pay homage to Diego Giacometti? This isn’t an anniversary year.
To tell the truth, I wanted to salute Pierre Basse, Diego’s ironworker, who has worked with me since the artist’s death in 1985. He’s a wonderful man. His craftsmanship is unique! Mr. Basse is essential in making pieces. He delivers them to us every week. He’ll never retire. He’s like me: my gallery is 36 years old and I’m aiming for 50!

This show is also a way to come full circle.
You’re right. It’s amazing to think that I’m still working with people I met almost 40 years ago! Before I became passionate about contemporary design, I collected decorative arts from the 1930s-1940s. I sold them to finance Garouste and Bonetti’s earliest pieces. I hosted cocktail parties in my flat to attract potential buyers. I exhibited the Lune and Masque lamps, wrought iron pieces, etc. That lasted two or three years. Then we moved into a showroom across the street from the Palace (the famous nightclub). Éric Schmitt, Jean-Philippe Gleizes, Olivier Gagnère, etc. were already there. Everything was fun and easy. We’d go to the Palace every night with Élizabeth and Mattia and had a blast.

Did the famous name, En attendant les barbares, already exist?
Yes. One night at a dinner party where lots of drinking went on, Frédéric de Luca uttered a sentence that ended with that phrase. I jumped on it right away: "There’s our name!" We hadn’t read Cavafy’s poem yet.

What happened then?
In 1989 we opened a huge gallery on rue Etienne-Marcel and things really started rolling! Fortunately, it worked right away. Of course I continued with Garouste and Bonetti. They became famous thanks to Christian Lacroix, who opened his fashion house in 1987 and asked them to decorate his salons.

You put your money on a winning team. Unfortunately, one day they split up.
Yes, but I had them sign contracts. I hold publishing rights that let me offer signature models today, like the Isis table or the Lune lamp, and to make custom-made pieces from the Fourches, Feuilles, Olympiade and Asturias lines but with different tops or in other dimensions (of course in proportion). Mr. Basse always shapes the wrought iron base, with the Garouste & Bonetti punch.

You didn’t have any limited series?
Nobody talked about "collectible design" in those days. If there were just 150 copies of the Masque lamp, which is now out of production, it’s because the manufacturing costs were too high. Versions of the Fourches coffee table were made right away because you can do whatever you want with wrought iron, but the dimensions can’t be changed with bronze. I take a publisher’s approach. I set my prices based on manufacturing costs, prices that have nothing to do with those of auction rooms.

In other words?
Last September, the Isis table fetched €23,000 including fees. I sell it for €3,600. Ditto for the Fourches side table, which sold for €26,000: I offer it at €6,000. But I have limited editions with all my other designers. The pieces for the 2004 "Bain d'argent" show were made in editions of 20. The same goes for the "Or(s)" collection in 2011 or today with the Diego exhibition. Almost everything is limited to editions of 30, like Éric Schmitt’s Faucon maltais chair.

What other designers do you exhibit?
Besides Mattia Bonetti and Eric Schmitt? There’s Olivier Gagnère, Éric Jourdan and newcomers, like Philippine Lemaire, Karen Swami, and François Mascarello. I have eclectic taste.

But a well-defined style.
I like refinement, I’m allergic to kitsch and I take a long-term view. I slipped some historic pieces into the show, such as Éric Schmitt's 1989 Boules lamp. I like timeless, enduring creations. Moreover, they’re made by the same bronzesmith! I'm no good at spotting trends. The best thing that can happen to the avant-garde is to become classic.

You did suffer a dip in the 2000s though, didn’t you?
Yes and no. The Garouste and Bonetti duo is a unique case in the history of the decorative arts. Their popularity hasn’t waned because they have a special history: they started in 1981 and split up, acrimoniously, in 2001. Collectors know there won’t be any more joint creations. What's more, their solo pieces are also highly successful.

I didn’t mean them specifically, but the "barbarian" style". There was a time when it wasn’t really fashionable anymore.
Actually, I’ve always found victims! I'm the first to be surprised. But I’ve had a very loyal clientele over two generations. There are also newcomers who walk in off the street and ask me if the Lune lamp is new. Since you should never disappoint a client, I say, "Yes, it just came in yesterday.”

Jean Royère: Line, Form, Color
Newsfeed
See all news
The Château de Pierrefonds is Getting a Makeover
‘Exceptional’ Discovery of 2,000-Year-Old Remains in France
Financial Prizes and a Shiny New Website to Promote the ‘New European Bauhaus’
Thanks to His Selfies, a Pennsylvania Artist Has Been Charged After Storming US Capitol
Not to be missed
Interviews
Alexandre Giquello and Brice Pescheteau Badin: Drouot…
Alexandre Giquello and Brice Pescheteau Badin, president and director…
Interviews
Alain Servais and His Collection: A "Platonic" Relat…
The Belgian banker has been collecting art for art’s sake since…
Interviews
Hollywood Arensberg: Avant-Garde Collecting in Midcentury…
We spoke with Mark Nelson, William H. Sherman, and Ellen Hoobler,…
Interviews
Jean-Louis Herlédan: waking up the Carré Rive Gauche
As president for the past four years of the Carré Rive Gauche, an…