A World Record for the Late Huang Yong Ping

In presenting a large installation by Huang Yong Ping, knocked down for €411,920, this contemporary art sale became a form of tribute, as the Franco-Chinese artist died on 19 October. 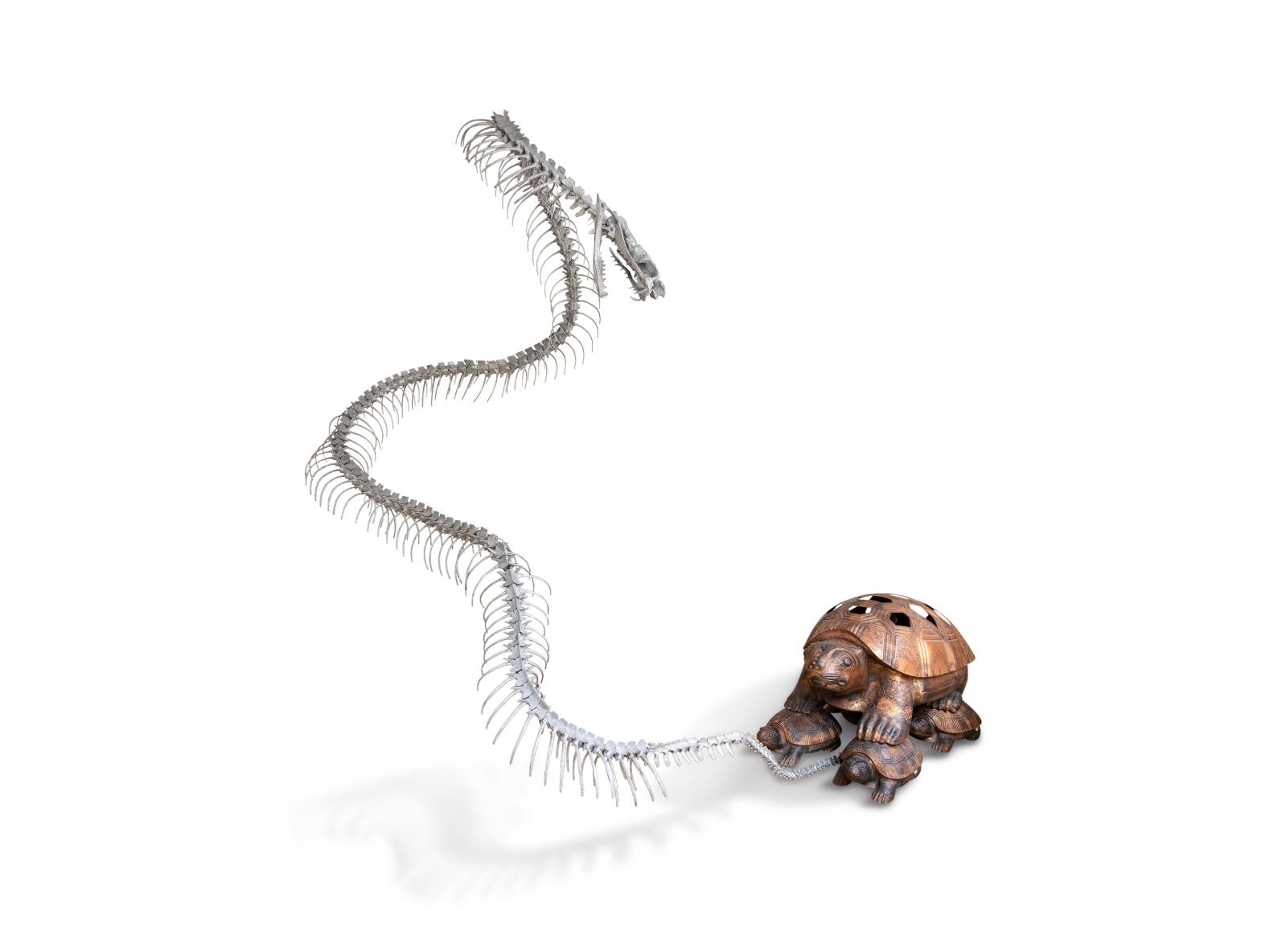 Made in aluminium and copper in 2002, Xuan Wu is an entity consisting of a snake skeleton preparing to attack a peaceful family of tortoises. Its title means "Mystery and Harmony", referring to one of the Four Symbols in the constellations of Ancient China, and which in the original myth represents an interlaced tortoise and snake. The piece combines many facets in the work of its creator, who, as he put it, sought to "unite Eastern myth and Western natural sciences." It comes from the Geneva-based collection of Nancy Varenne Brunot. The work of the Chinese-born artist, who lived in France for over thirty years and took French citizenship, appeared on the art scene when he arrived in 1989, but only really reached the general public during the 2016 Monumenta exhibition at the Grand Palais in Paris. Huang Yong Ping explored allegory, questioning the tragic destiny and future of our consumer society and a wide range of other themes. We still have much to learn from his work…