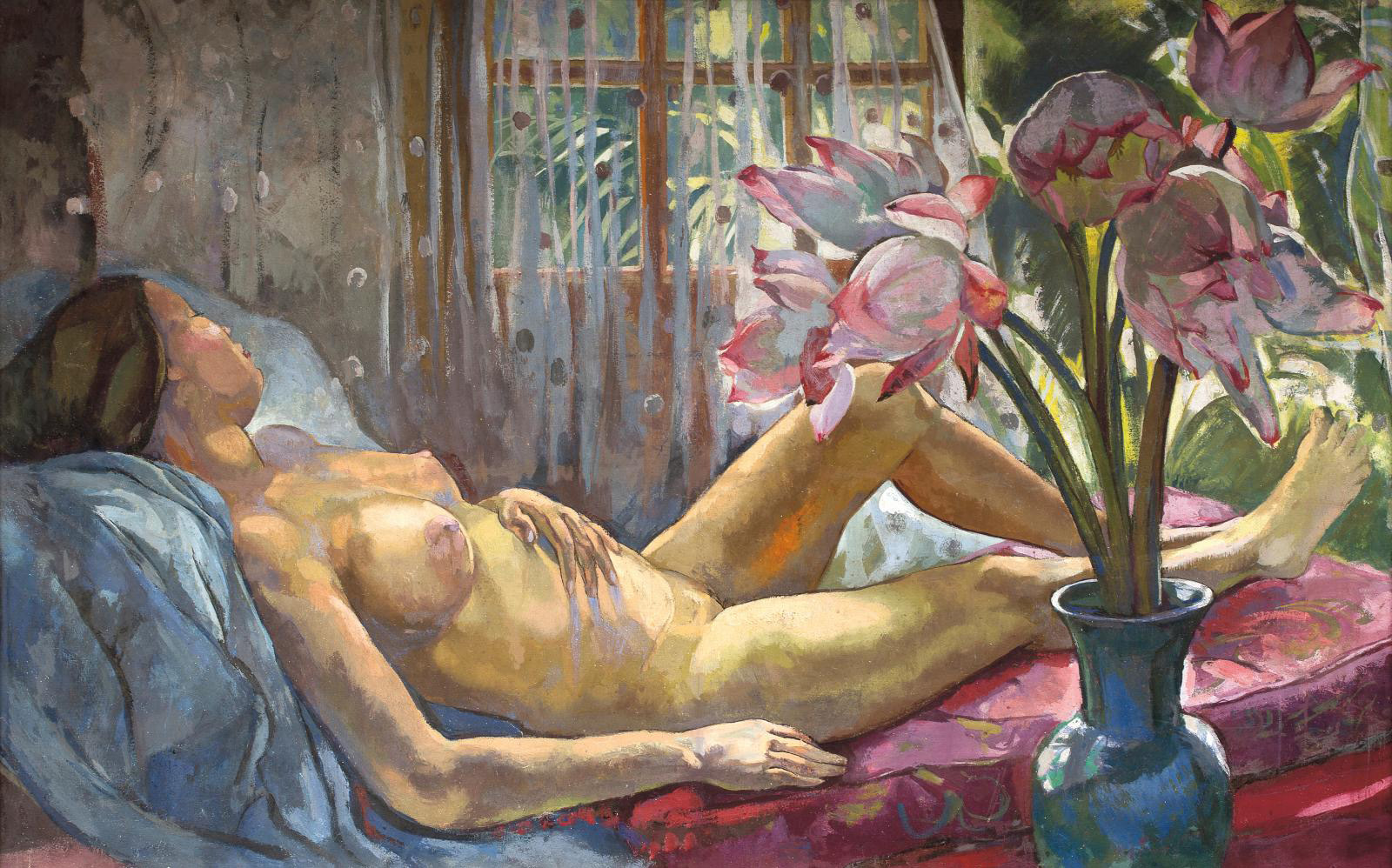 The 23 lots of this auction devoted to painters from the Indochina Fine Arts College (Les Ecoles d’Art de L’ Indochina, now the Vietnam University of Fine Arts) netted a total result of €1,838,100, nearly tripling expectations. French and foreign bidders in the room and on phones pushed the price of this screen by Pham Hau up to €833,000, almost four times its high estimate of €200,500 and the artist’s second-best result, almost tying with a six-leaf screen from the 1930s that was sold in Hong Kong in April. Unlike the latter, which depicts a pagoda-studded landscape in Northern Vietnam, the work sold in Neuilly, near Paris, on June 7 features blue tones with silvery highlights that wonderfully contrast with the brown, red, black and gold shades of the rocks and vegetation and a lively view of junks evoking Halong Bay in the foreground.

At the crossroads of Western odalisques and the gentleness of Asia, French painter Alix Aymé’s Nu aux lotus (Nude with Lotus Flowers) fetched €322,600, a world record for the artist. Bidders in France, Hong Kong and Vietnam fell in love with the work, in which Aymé’s use of color is masterful. Delicate black contours emphasize the volumes while orange, green and blue tones mark the shadows on the innocently sleeping woman’s skin tone. She also featured in a more traditional portrait of a girl painted about three years earlier, which fetched €78,000. Enriched with eggshell and gold highlights, it illustrates the revival of lacquering (73 x 49 cm/28.74 x 19.29 in). Mai Trung Thu is known for her depictions of motherhood. Her Jeune femme et enfant dans un paysage (Young Woman and Child in a Landscape), a 1960 ink and color painting on silk she framed herself (44.5 x 19.5 cm/17.52 x 7.68 in), fetched €106,600.

Indochina at Its Height