It took a little under thirty years for the Paris fair to achieve a perfect balance between French and foreigners. Is Paris finally polyglot? 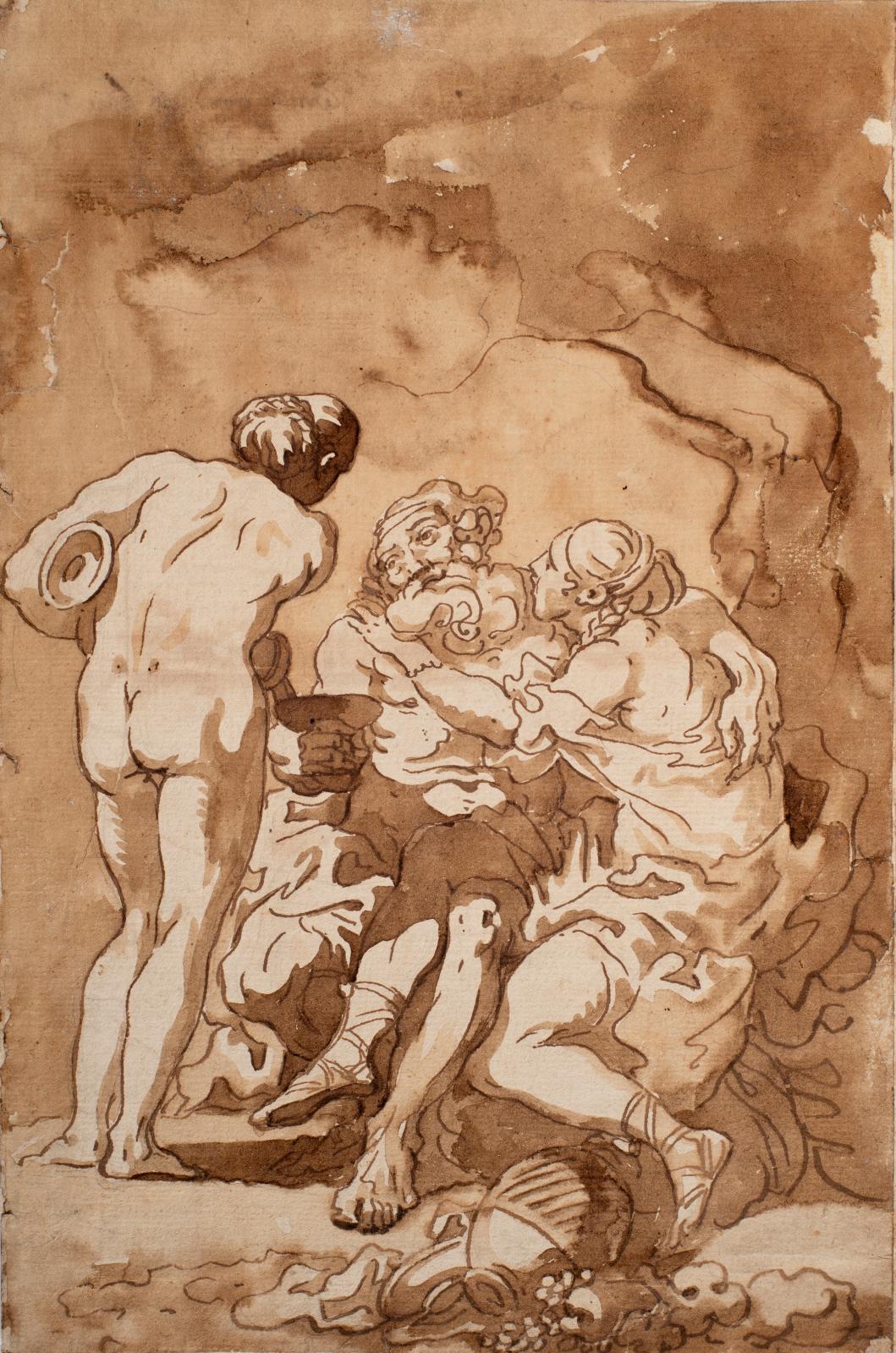 With this 28th edition, the latter are even slightly more numerous: 21 (including four new recruits) of the 39 galleries invited. Naturally, their ranks include a large number of French-speaking participants from Belgium and above all Switzerland. Meanwhile, British and American galleries often have a historical or family connection with France. This is true of Jean-Luc Baroni Ltd (London) and Marianne Rosenberg (New York), heirs to a line of dealers that started out in Paris last century, and the perfectly bilingual Franco-American Christopher Bishop (Milford, Connecticut), making his first appearance this year. Having come to "meet European collectors who aren't necessarily keen to travel in January" (i.e. to Master Drawings in New York), he is offering a large drawing (197 x 162 cm) in pen and brown ink with green and red wash colouring by Bartholomeus Spranger (1546-1611).This "Saint Ursula" (see photo) dating from 1583 (so a year before the Flemish Mannerist, who had moved to Prague in 1581, became the official court painter to emperor Rudolf II) is a preparatory sketch for the painting now in the Lithuanian Art Museum in Vilnius, Romania. It was rediscovered by chance in a private Connecticut collection. "Many Old Master works like this one, bought in Europe by Americans, now interest European collectors who want to repatriate them to the Continent," says the gallery owner. We should note that he has decided to present it in a "tabernacle frame" to emphasis its devotional character. "The whole package in this way reflects the original context of the painting, which much have been made for a side chapel of a church and must originally have had a similar stone or wood surround," he adds.

Schiele and Spain in the Spotlight
The 2019 edition also sees the return after many years of the Viennese gallery Wienerroither & Kohlbacher, a specialist in Austrian avant-gardes. An event celebrated in style with a "Standing Woman Covering Face with Both Hands" by Egon Schiele (see photo right), dated 1911, escorted by a list as long as your arm of the institutions where it has featured in exhibitions. On offer for the spanking sum of €1.9 M, this will be on show alongside female figures by Gustav Klimt, including a barely sketched pencil drawing of the young 9-year-old Mäda Primavesi (€65,000), daughter of the artist's patron, the industrialist Otto Primavesi. A famous full-length portrait of her from the same period is now in the Met. Alfred Kubin joins the aforementioned duo at the stand with several drawings from the 1910s. Another German-speaking gallery, Martin Moeller (Hamburg), is presenting an enticing focus on German artists with various rarities, including a "unique" group of twelve drawings by Adolph von Menzel (1815-1905). The artist now associated with Pre-Impressionism was a celebrity in his day, though now little exhibited in France. Several of these pieces are connected with paintings by the German artist (though "his output includes very few painted works") and were exhibited in the major exhibition devoted to him in the Berlin Nationalgalerie after his death in 1905. We end this lightning tour of Europe with Spanish art: not as retiring as usual, as two local galleries will be present, including Artur Ramon from Barcelona with a selection of drawings by Picasso and Vincente Carducho (a forerunner to Velasquez), and the Madrid gallery José de la Mano. The gallery is making a splash with its first appearance with a portrait of the Marshal of the Royal Armies, Francisco Tomàs de Longa y Anchia by Vincente Lopez (1772-1856) – known in France for his portrait of his elder colleague, Goya (one of the most famous), now in the Prado.

The Show Must Go On!
"Drawing and the performing arts", the theme of the "Rencontres Internationales" for the second year running, will bring together some of the subject's international leading specialists in the auditorium of the Palais Brongniart, while the Paris Musée Carnavalet, currently closed for renovation work, will be presenting a selection of drawings during the fair illustrating festivities of all kinds in Paris, from religious processions to street parades and Louis XIV's ballets. The jeweller Chaumet is also making a second appearance, this time with a collection designed for a privileged few based on the theme of nature. But the Malingue gallery will be the uncontested star of the show, as part of not the fair but the extra-mural programme, with France's first large-scale exhibition for thirty years of Charles Filiger (1863-1928). Eighty works by this artist of the Pont-Aven circle will be on show, sometimes making quite a trip (e.g. "Le Jugement dernier" from the Indianapolis Museum of Art). But be warned: they are only for looking at.