Waterhen has been in the same Lyon collection since the 1930s. It recalls the best works by François Pompon cast by Valsuani. 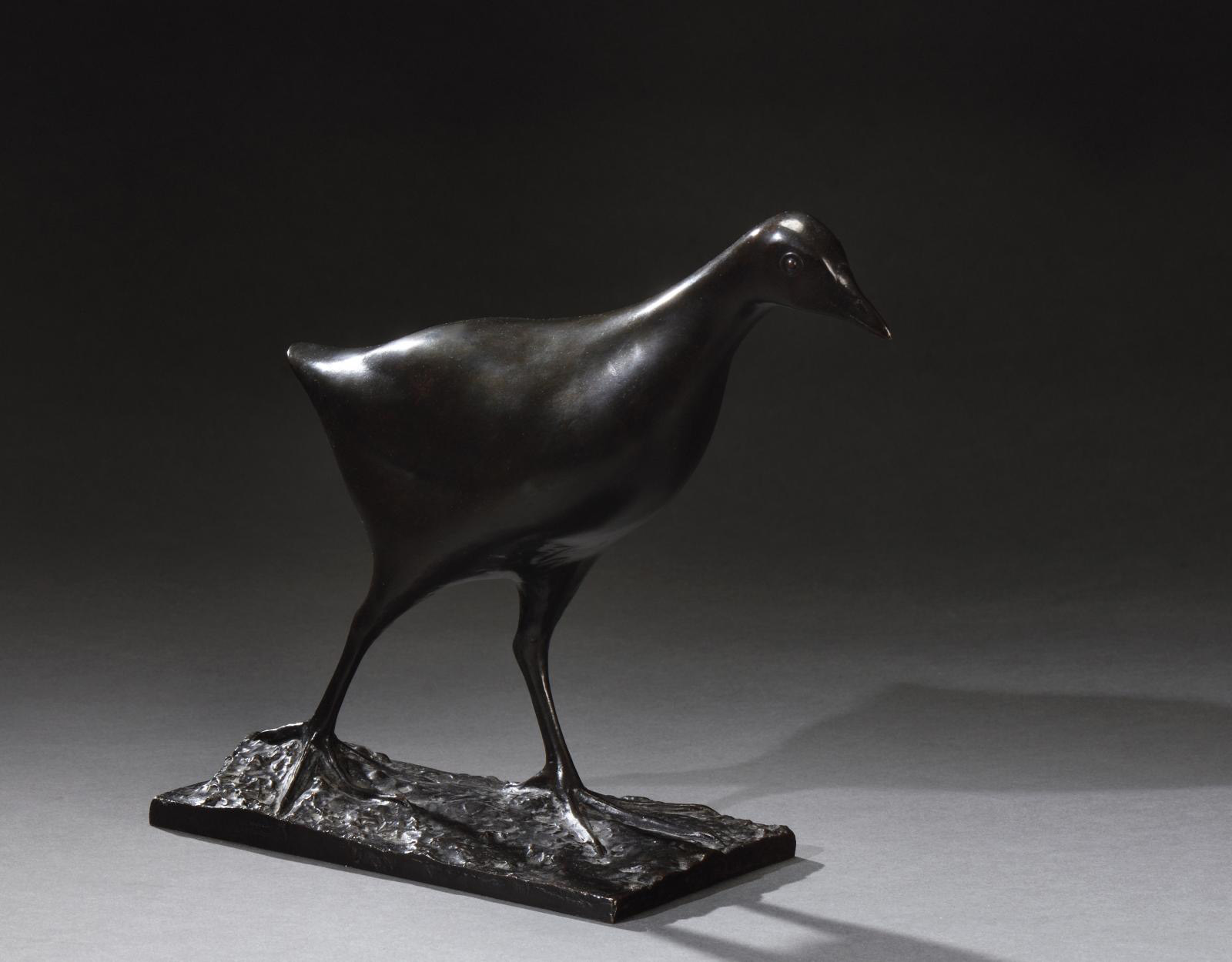 As the centennial of François Pompon’s Polar Bear, which was presented at the 1922 Salon d’automne, is celebrated this year, his nearly contemporaneous Waterhen will come up for auction in Lyon. The first model (19 cm/7.4 in high) was introduced in 1919 at an exhibition organized by the editor, Adrien Hébrard, who made three copies between 1921 and 1924. The bear’s success piqued collectors’ interest in other works by Pompon, including Waterhen. In 1923, the Valsuani foundry launched a new edition with some variations: the naturalist base, the modified support of the right foot and the 26 cm (10 in) height. The series continued successfully until 1930. It seems that about 30 copies, not all of them numbered, were made, including ours. In the following years, Valsuani edited over 200 copies with a smooth base and a height of 27.5 cm/10.82 in.

While Pompon’s cats and bears remain his most sought-after works, he was always interested in farm animals. In the 1880s, when the sculptor was a practitioner at Rodin’s, he made them in his country house in Normandy with his particular style, spare, summary shapes and smooth, dynamic lines.